Tektronix oscilloscopes have been essential to the development and maintenance of IBM computers. For a time, the Tektronix 310 was a standard IBM service tool, being small enough for IBM Customer Engineers (as their service people were called) to carry to individual customer's premises.  The museum 310A is displayed open to show the density that was achieved in this small package. 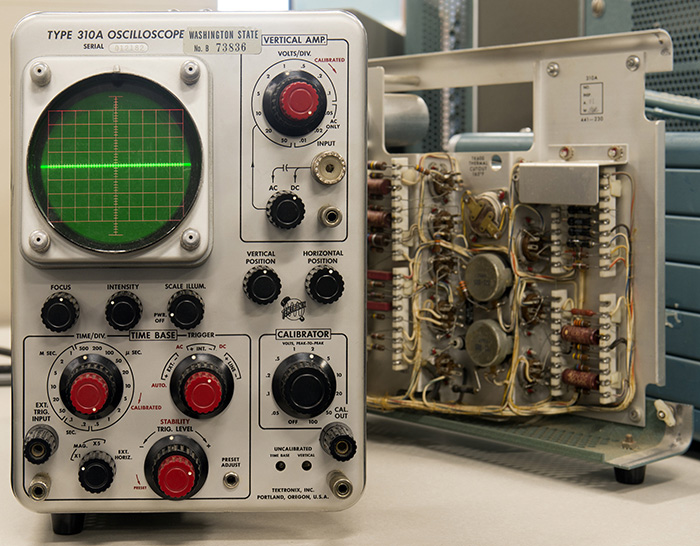 At larger accounts, IBM would leave a Tektronix instrument permanently.  For example, in the 1960's, an IBM-owned Tektronix 545 was a permanent resident of Caltech's Booth Computing Center, which housed an IBM 7094/7040 system. 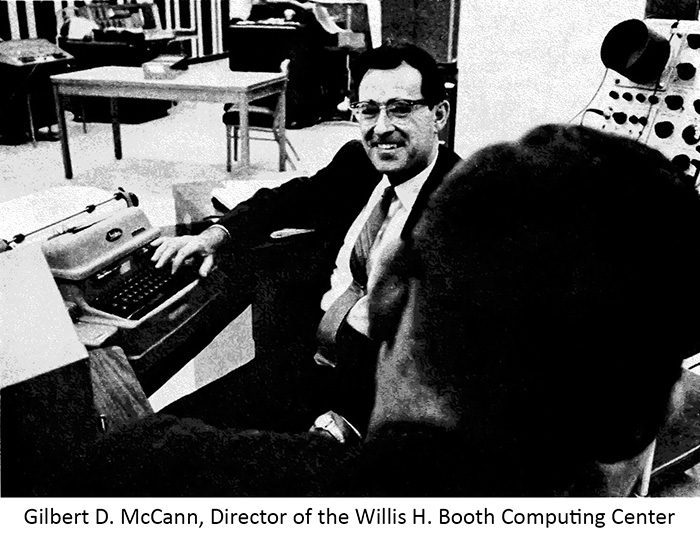 Photo used with permission for educational, research and non-commercial reproduction, distribution, and display in any format. Original image at resolver.caltech.edu/CaltechES:27.3.computing

With the introduction of the IBM 360 series computers in 1965, IBM needed a portable oscilloscope with speed and capabilities to match the more complex architectures. This called for dual vertical inputs, vertical bandwidth of 50 Mhz, and fast dual sweeps. Tektronix responded to IBM's request with the 453. 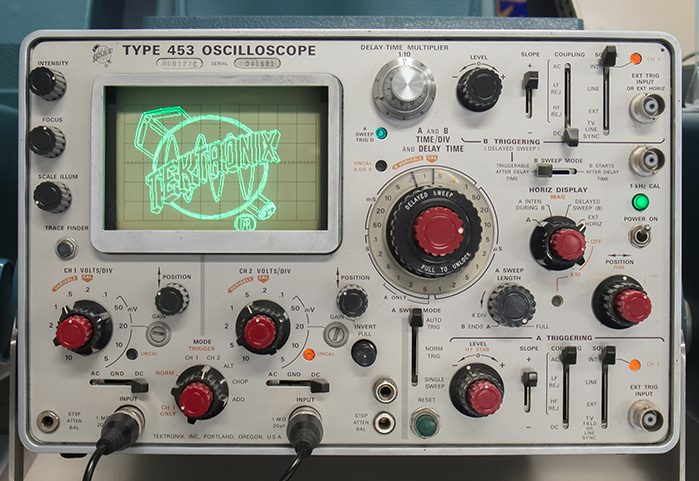 Fitting all these requirements into a single portable instrument (an additional requirement was that it fit under an airline seat) was a considerable challenge, including laying out the front panel to allow convenient control of all the features. Here's the front panel of a 545, which has essentially the same features as a 453, but in a much larger space.

Gale Morris, who was hired in 1958 as Tektronix's first Industrial Designer, described the early interaction with IBM in this except from an oral history we recorded at the museum.

The "gear-shift" sweep knob, which allowed control of both sweeps with a single knob, was an important contribution to shrinking the front-panel functionality of a laboratory scope to portable size. 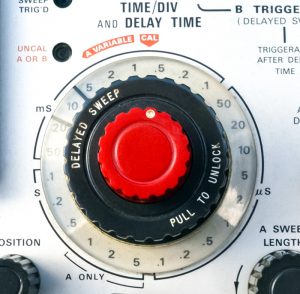 Another contribution to portability was the locking handle which acted as both a carrying handle and a means to position the unit at a convenient angle for use. 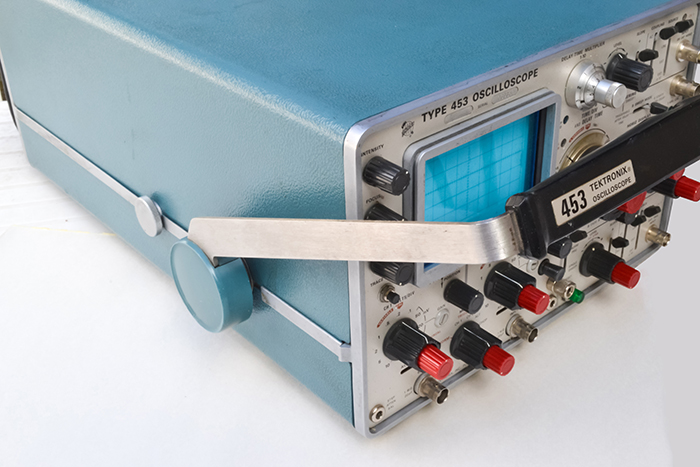 The "clam-shell" case allowed rapid access to the interior for servicing, though need for that was rare. Those who work on later instruments wish that Tektronix had continued with this case system! 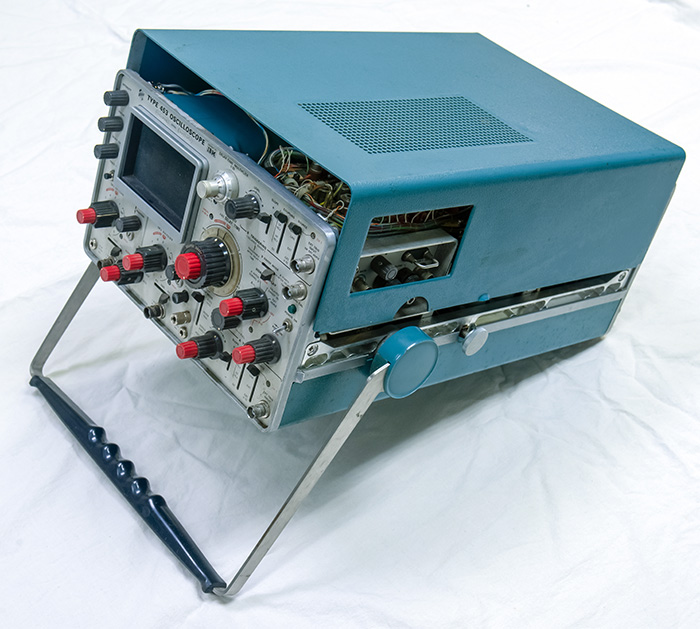