This is a collection of different articles that do not fit well in other categories.

The April 12, 1951 Oregonian features a Meier & Frank notice about Oregon Products being made in their window display. Tektronix is featured manufacturing "precision time instruments." Meier & Frank was a prominent chain of department stores founded in Portland, Oregon, and operated in the Pacific Northwest from 1857 to 2006 when they were purchased and operate as Macy's. 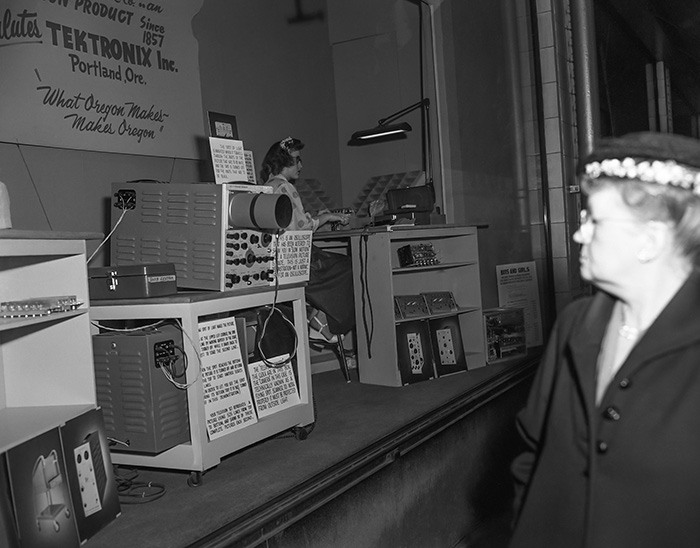 Here is a closeup of the signage.

The label on the toolbox reads Barb Ekstrom. Barb is found in the 1956 photo album working in pre-production. 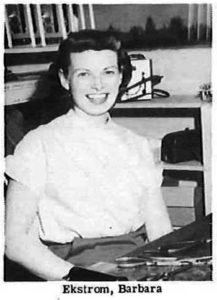 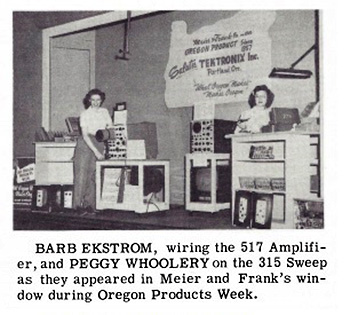 Peggy is found in the 1957 photo album working in assembly. 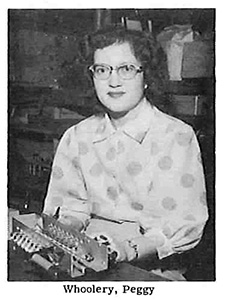 This October 1957 TekTalk article features the unit wiring employees working in the window as a live display in the Olds and King department store in Portland as part of a fundraising effort to relocate OMSI (Oregon Museum of Science and Industry) to Washington Park.  The department store was founded in 1851 and assumed the name Olds and King in 1878. The building is currently known as the Galleria in Portland, OR, on Morrison between 9th and 10th Ave. 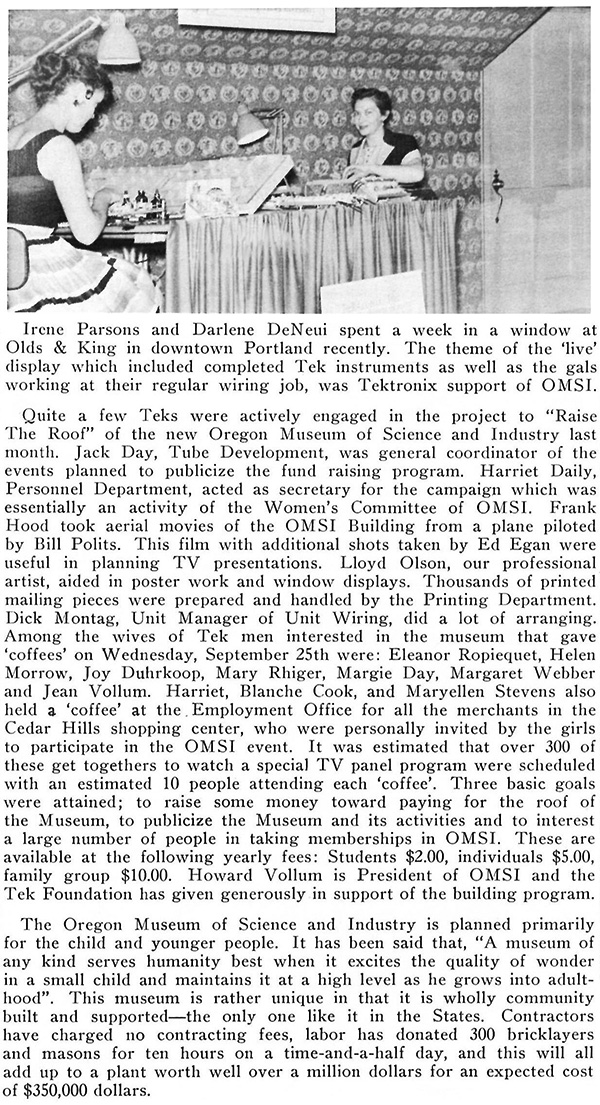 The August 15, 1954 Sunday Oregonian features a Tektronix ad for technicians. 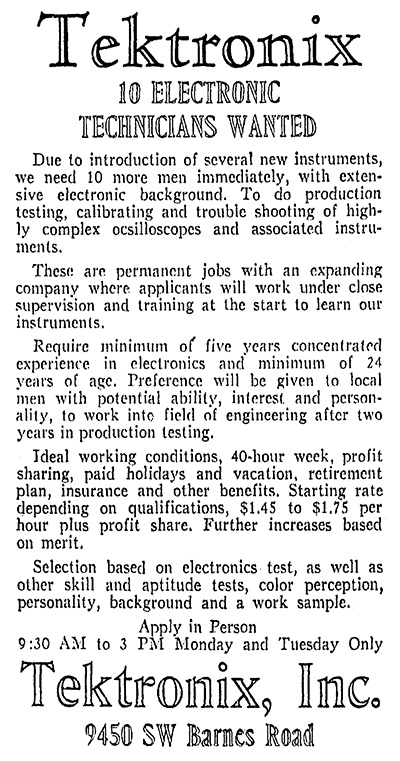 The March 4, 1956 Sunday Oregonian features a Tektronix ad for technicians and electronic engineers 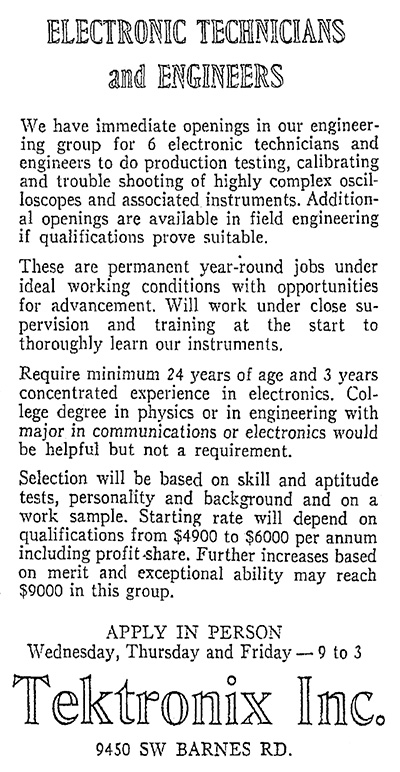 This November 1957 TekTalk features 'fins' for your oscilloscope.

This March 1959 TekTalk features an article on automobile accidents and safety. 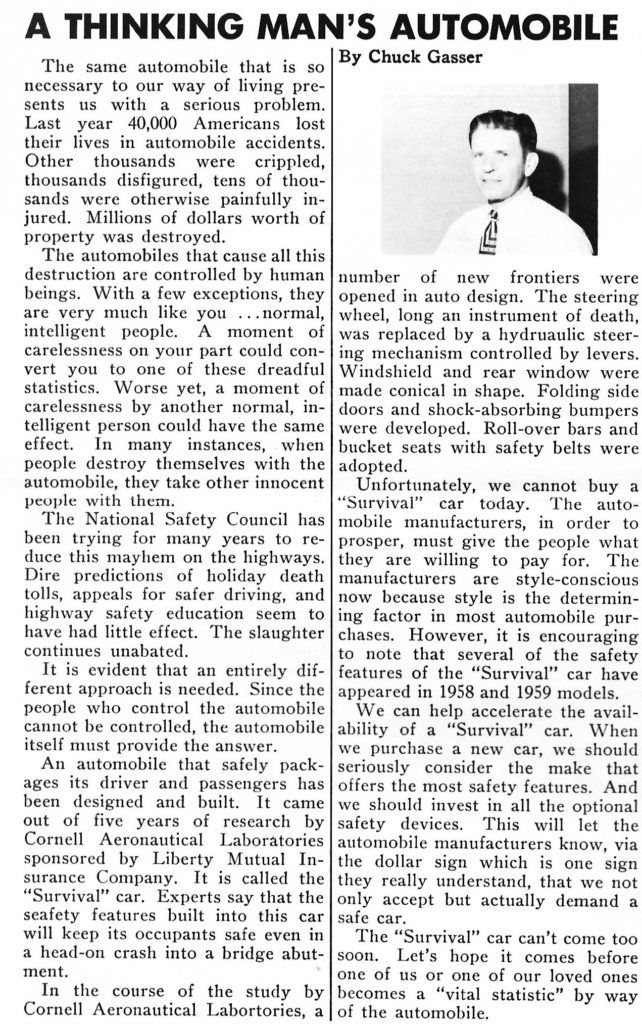