TERAC (Tektronix Employees Radio Amateur Club) was one of the many clubs formed by Tektronix employees. Sometime in late 1958 or early 1959 an interest was expressed by some club members about a club QSL (contact confirmation) card.

Don Tucker agreed to take on the task to see whether Tektronix would be willing to print cards for its Tektronix employees. The reasoning used was that distribution of the cards to the amateur radio community (at that time primarily technicians, engineers and others with a higher level of electronics who were potential or already customers) would be good advertising.

With management approval, Ralph Walters, the printing manager, agreed to do the printing at times convenient (as fillers) for the department, but always behind more important Tektronix printing needs. This worked well for the club, agreement was reached and the first cards were printed. Don again agreed to be coordinator between those wanting QSL cards and the Printing Department.

Stan Griffith collected and maintained a file of over 200 separate cards with different call signs. While this collection is significant, it is only a small percentage of these QSL cards.  (If you have a club card it would be appreciated if you would let Don know the call and card style and a scan if the card is not in the collection. Don's contact information is on the Tektronix and Tektronix Subsidiary Hams page.)

The first cards were printed around 1959. The same format was carried through to approximately 1963 using a red Tektronix round CRT logo. The back of the card had a frame on the left hand side. The radio operator could note the station worked, the date and time, frequency, mode and remarks. Postcard postage was 3 cents. 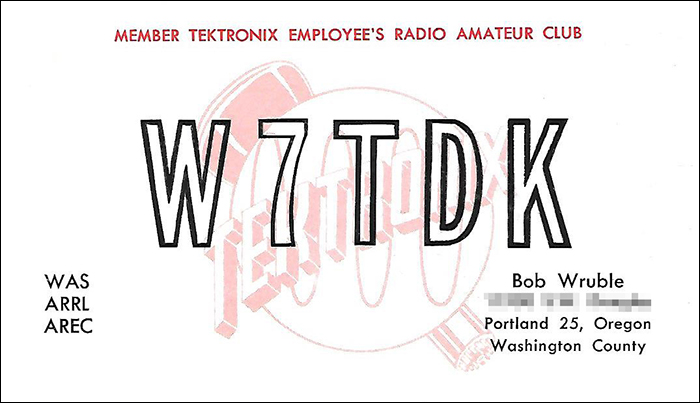 A special QSL card was produced sometime around 1964 to commemorate the 321A portable scope. It carried a full color picture of the scope and a view of the Beaverton Campus on the back side. It was a 2 part card allowing the QSL card to be separated from the 321 and campus pictures. Postcard postage at the time was 5 cents. 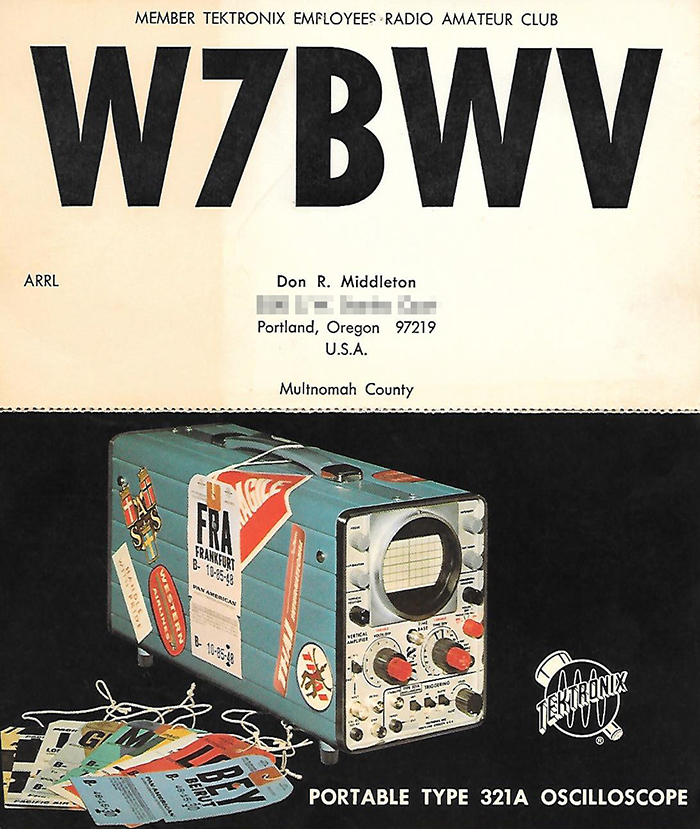 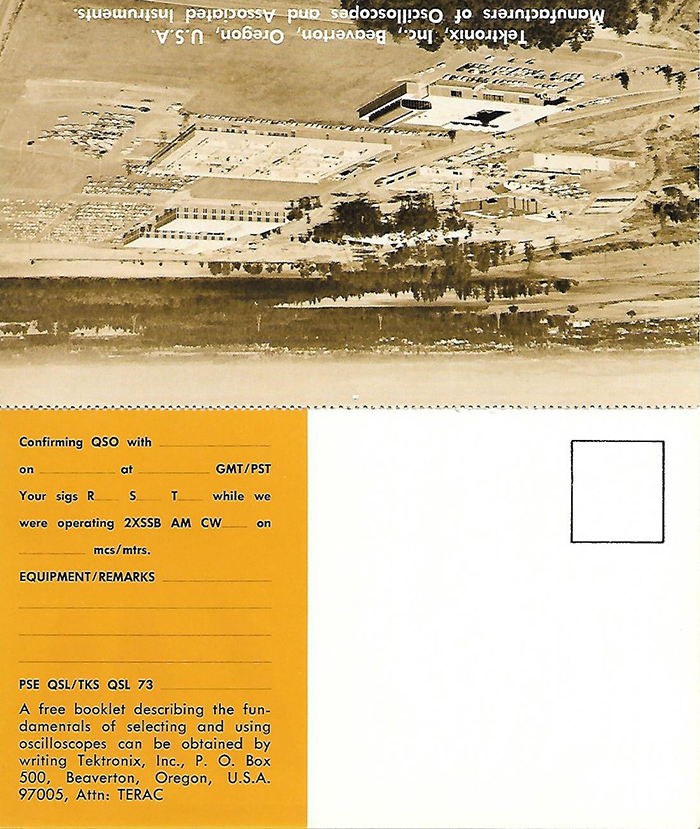 The next standard version also appeared around 1964. It also featured the round CRT logo but in blue and the call sign characters were changed from an open style to a closed form. It also had an information frame on the back. It is believed this version was in use through about the mid 1970’s. 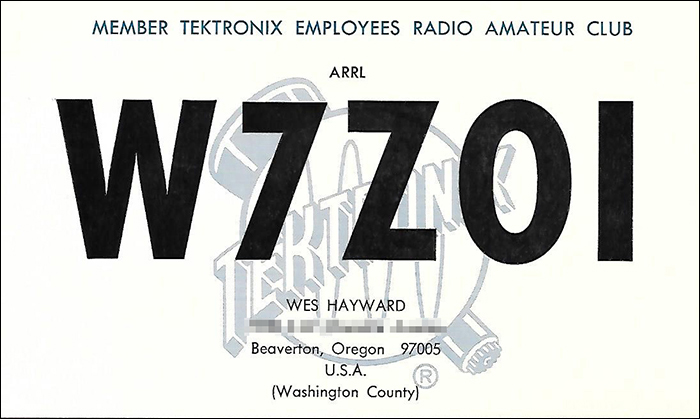 Somewhere in between the special card and the previous card, the card design changed to the rectangular CRT and a blue waveform Tek logo. It also carried a frame on the back for amateur radio operator use. Some earlier prints were just black and white. 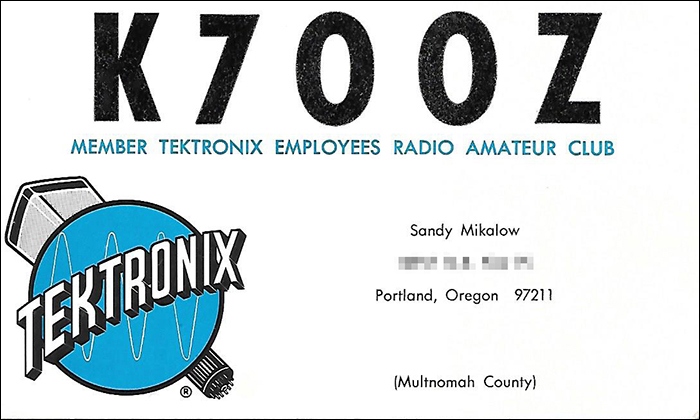 Around the early 1980’s a new lower cost all black and white card was designed which carried the Tek rectangular CRT logo. It had a block on the front for inserting the amateur radio operator’s information. This was probably the last card done for the club by Tektronix as the QSL card printing was discontinued as non-essential. 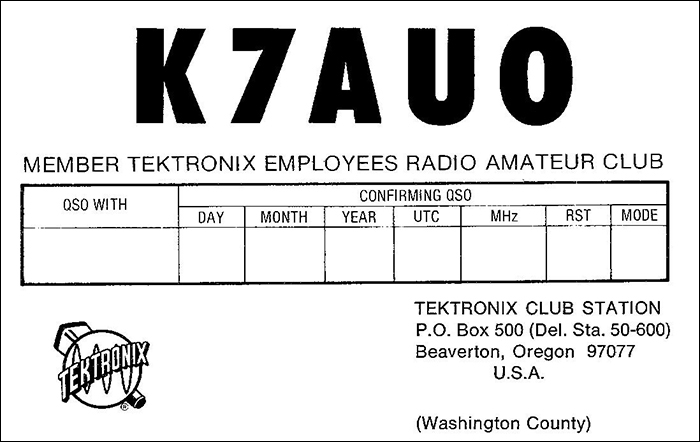 Don Tucker recently scanned as many TERAC QSL cards that he could find and organized them by country in PDF files. If you have a TERAC QSL card not in these documents, please send a spare card or a scan of a card to Don at