Tektronix first patent, 2752527, was awarded on June 26, 1956 to Richard L. Ropiquet for Method of Magnifying Waveforms on a CRT and Circuit Therefor.  vintageTEK has assembled a complete listing of all patents awarded to Tektronix up until 2010 organized several different ways.

This February 7, 1986 TekWeek article describes the number of patents and the inventor honor rolls. 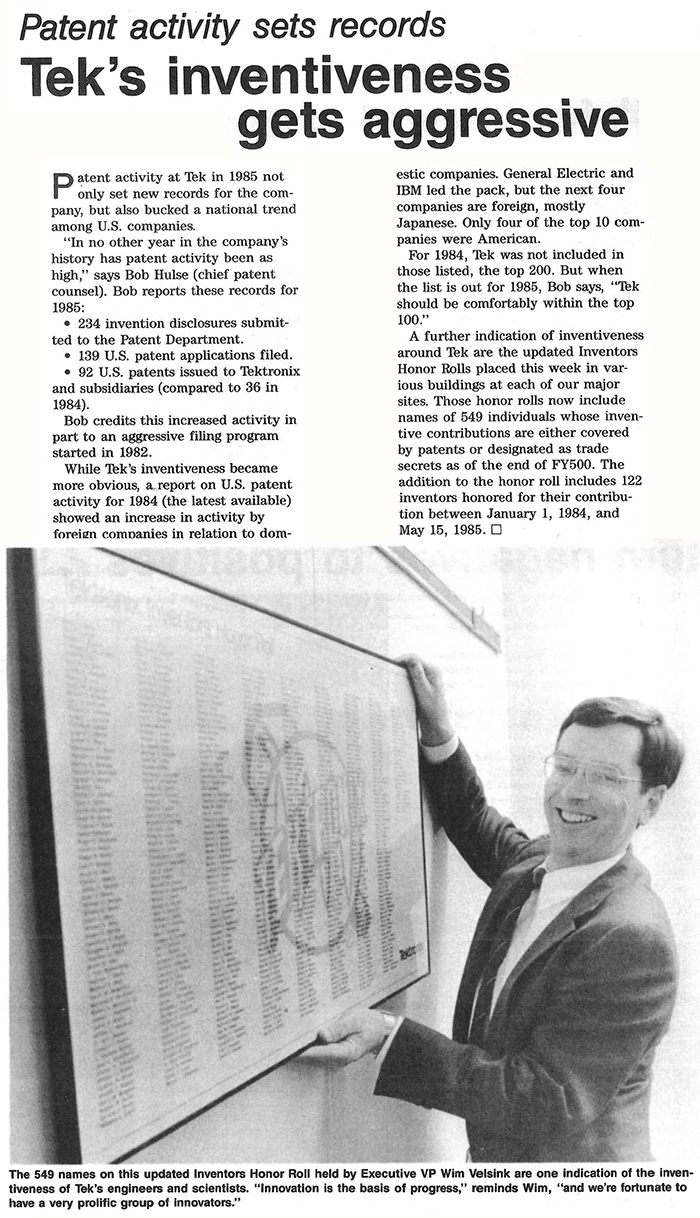 This October 1987 TekWeek article describes the patent activity in FY800.

vintageTEK compiled a spreadsheet of all the Tektronix US and Japan patents from 1956 through 2010.  Click on the links below to view the PDF.