Tektronix products were featured in laboratory photos of  various company advertisements. This ad for Burroughs appeared in the May 1960 issue of Electronics World and features a Type 545 oscilloscope with an A/B plug-in.

This ad for H. H. Scott appeared in the June 1960 issue of HiFi Stereo Review  and features either a 316 or 317 oscilloscope. 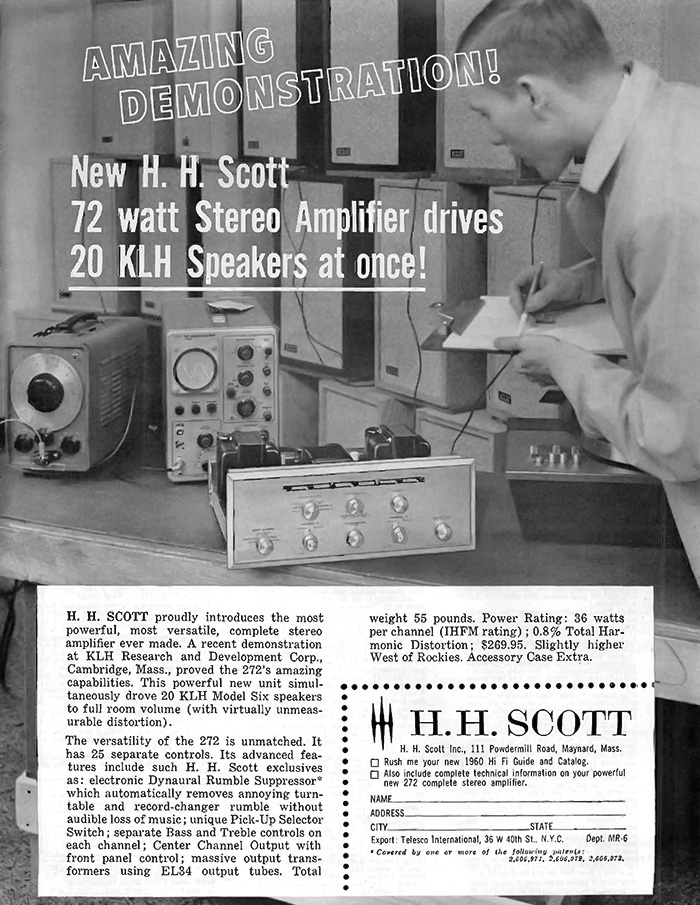 This ad for Harmon Kardon appeared in the January 1961 issue of Radio Electronics and features a 535A oscilloscope. 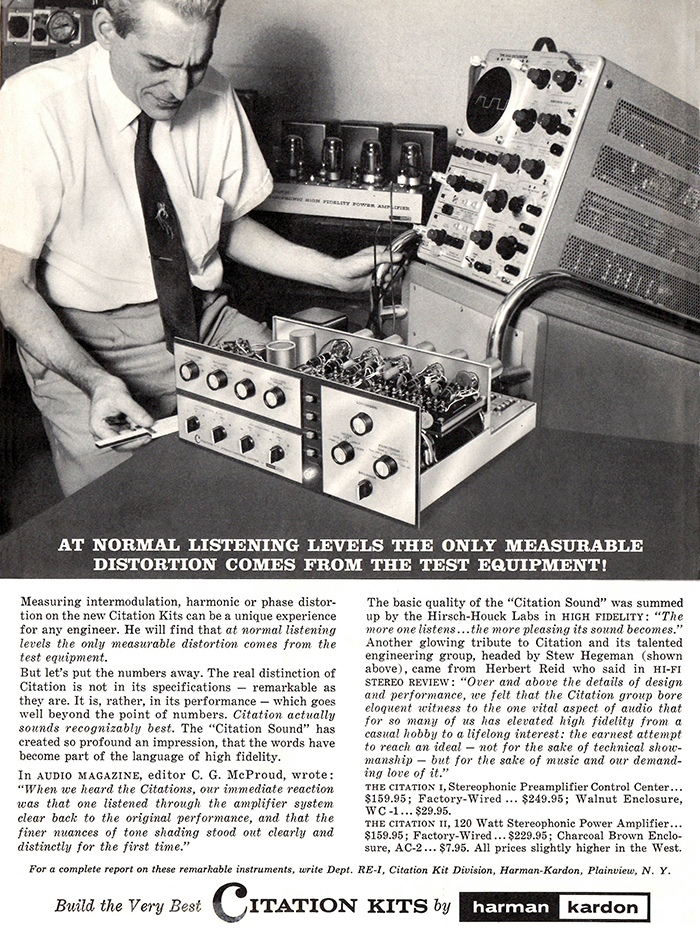 Magazines like Radio-Electronics featured a number of ads for home study courses in electronics. This ad for Capitol Radio Engineering Institute featured Mearl Martin Jr. who worked at Tektronix as a Field Support Manager. We believe Mearl joined the company in this position. 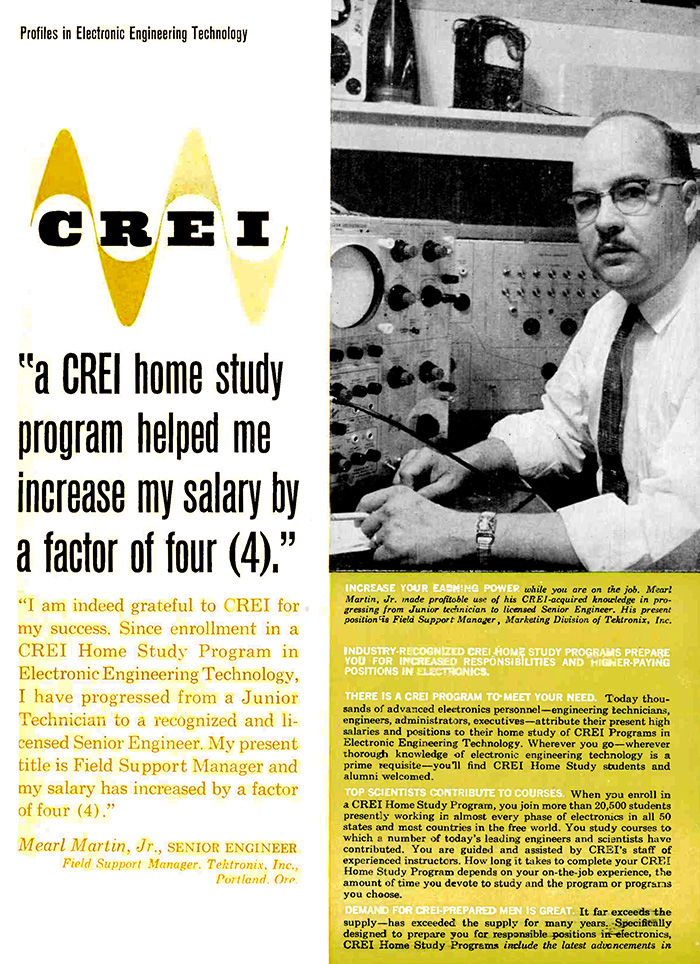 Here's a closeup of Mearl's caption and also two images from the second page of the ad. 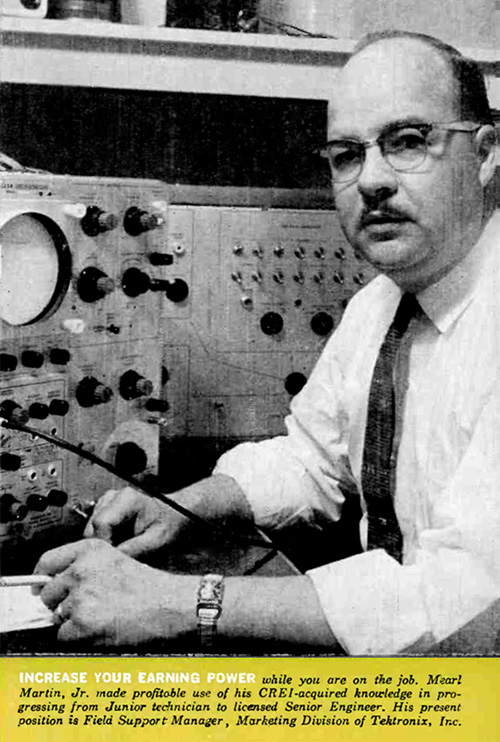 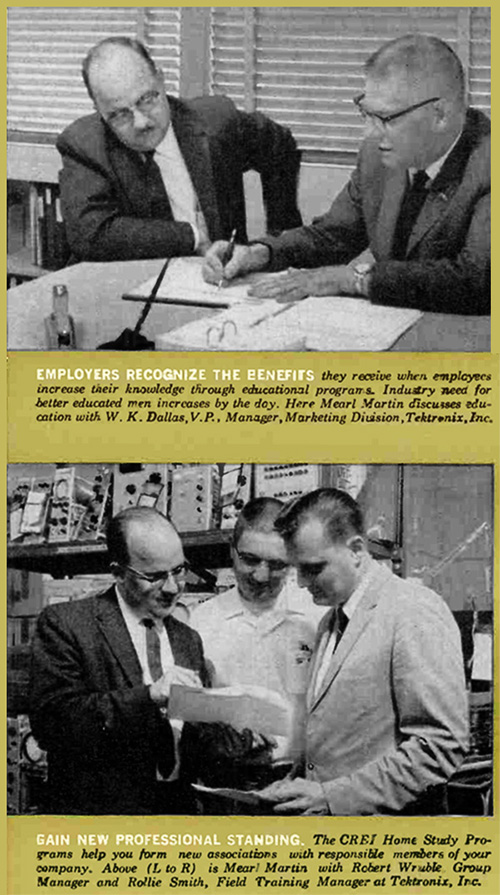 This half of a two page ad for the Cleveland Institute features a 545A oscilloscope and CA plug-in, only backwards. They ran for quite a while in the late 1960s. This particular ad is from the June 1969 issue of Popular Electronics. 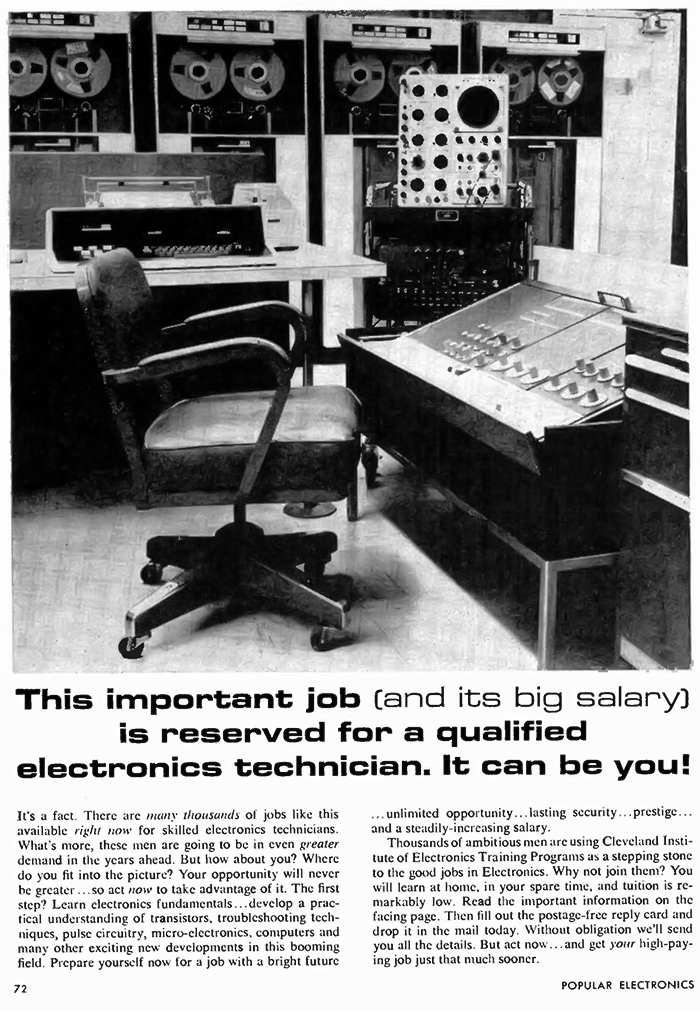 This ad for Klipsch appeared in the June 1978 issue of High-Fidelity and features a 564 storage oscilloscope. 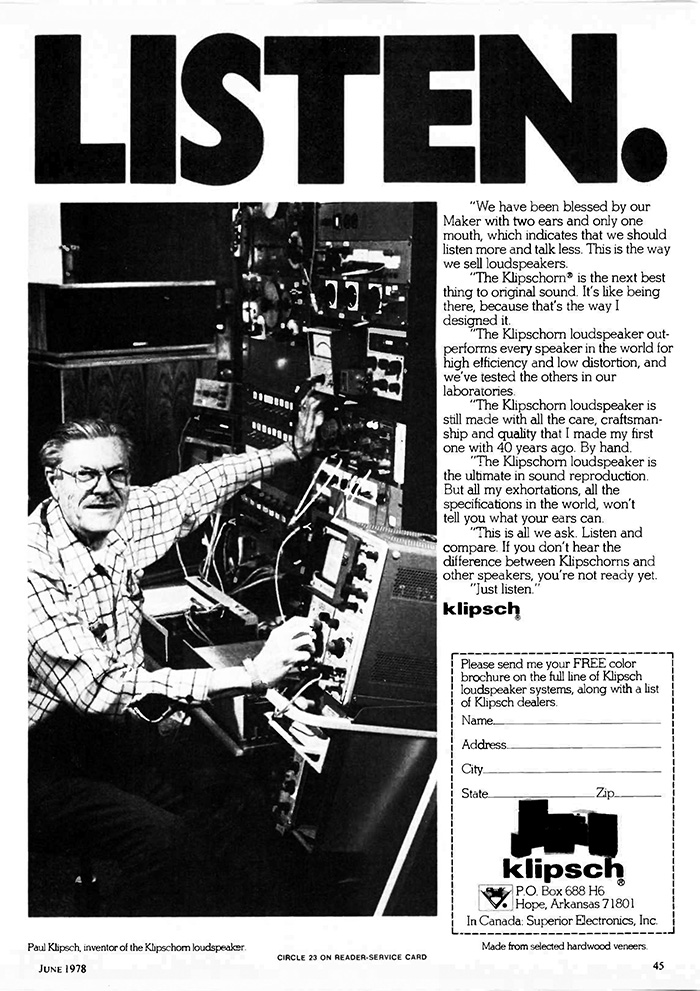