Tektronix encouraged its employees to take advantage of continuing education. As early as 1952 Tektronix offered a Transformer School.  Later that year they offered a Scope Class. The 1956 Employee Handbook mentions Tektronix internal courses taught by volunteers with the objective of improving knowledge and encouraged employees to enroll. Examples included public speaking, speed reading, working with people, and writing.

This February 9, 1962 TekWeek describes an oscilloscope orientation class for employees. 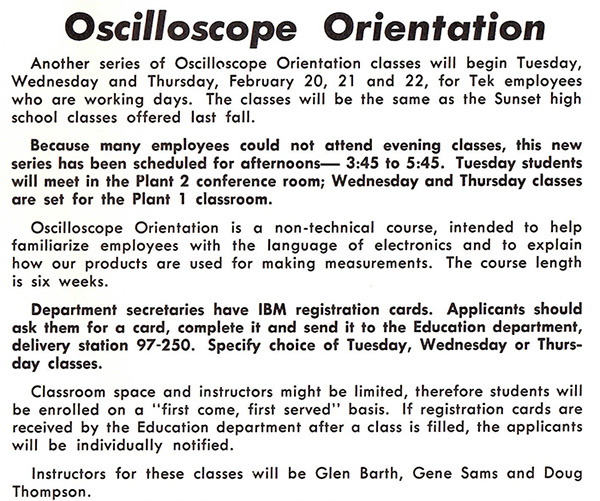 The 1966 Employee Handbook refers to after-hours voluntary classes with a complete catalog. Our 1975 catalog lists over 110 classes in 9 different disciplines and family members were also welcome to enroll. Cost of the classes was only $10.00. They also offered self-paced learning with books, tapes, and video consisting of 55 classes in 13 disciplines.

In the mid 1960s Tektronix implemented an education loan program which covered 50 to 100 percent of tuition, fees and books. The loan was forgiven if the employee returned to Tektronix for at least a year following successful completion of the program. A decade later they offered GED completion courses, education counselling, and four on-site degree programs. These programs were undergraduate degrees in electrical and mechanical engineering through University of Portland, and Master’s degrees in Electrical Engineering from Oregon State University and Business Administration from University of Portland. In these programs the faculty came to Tektronix to teach the courses in the Education and Training building. Tektronix also offered 50 to 100% reimbursement for courses taken off campus from other educational institutions.

Tektronix also had a Distinguished Lecture Series taught by Portland State University faculty and augmented with faculty from other universities or employees with deep knowledge in their field of specialty.

In 1968 Tektronix named Derrol Pennington as Director of Education and was featured in the Spring 1968 TekTalk. His focus was to improve the voluntary education program, expand the management development program, create new training programs, and increase contacts with the academic community. Eventually this program became known as TEP (Tektronix Education Program) and continued for many years. This TEP 1979-1980 Fall brochure shows the depth and breadth of the program. Click on the image to view the PDF. 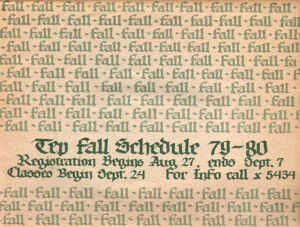 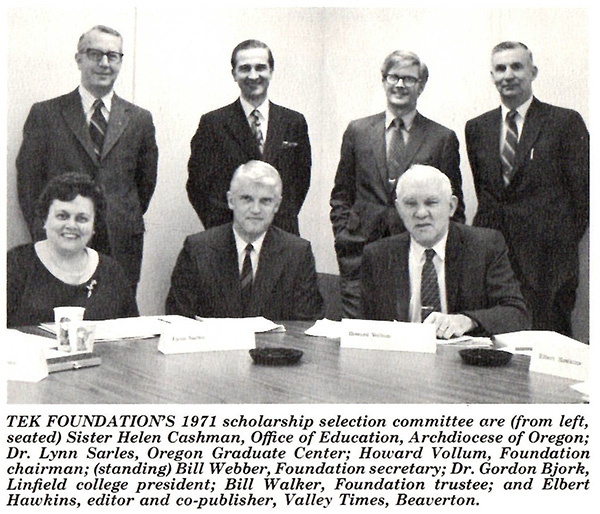 This two part TekWeek article features the Tektronix Education Program. Part 1 is from February 27, 1981. Click on the image to view the PDF. 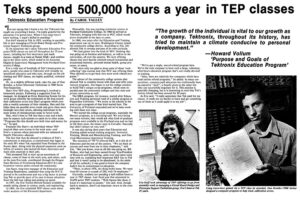 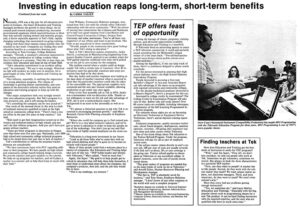 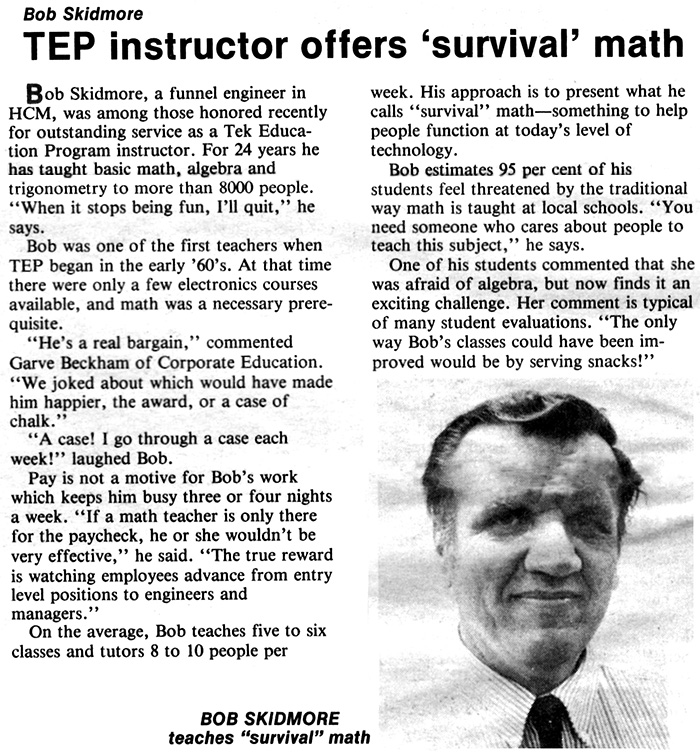 This September 6, 1985 TekWeek features TEP news for the fall calendar which includes classes at Portland Community College. Click on the image to view the PDF. 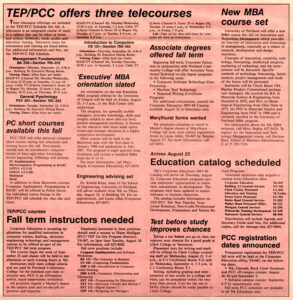 This Fall 1985 catalog includes classes at Portland Community, Clackamas Community, Clark,  and Marylhurst college. Click on the image to view the PDF. 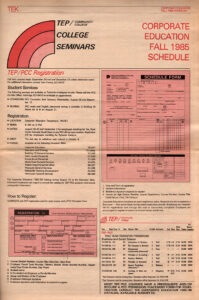 Tektronix has been supportive of educational institutions in many other ways. One example is Governor Mark Hatfield's advisory committee which recommended the creation of The Oregon Graduate Center (OGC) in 1962 as a university. The Tektronix Foundation provided a grant of $2M and OGC opened in 1966. The first year consisted of 11 full time PhD students and 18 part time students with 17 of these being Tektronix employees.

Tektronix was instrumental in the creation of the MECOP program with Oregon State University to establish a formal intern program. MECOP initially was a Manufacturing Engineering Co-op but has since expanded to other engineering disciplines and is now known as the Multiple Engineering Co-Op Program.

Tektronix was instrumental in the creation and support of MESA. MESA is Math, Engineering, and Science Achievement which provides underrepresented students with skills, knowledge, and opportunities to explore technology-based careers, enter college, and successfully compete in the workforce. It was founded in 1985 through Tektronix contribution of the stipends for teachers to operate for the first five years. In fact, Tektronix’ $154,000 contribution comprised nearly 80% of all corporate donations to MESA In this timeframe. Sal Kadri, GM of Accessories Division, served as a founding advisory board member and Tektronix provided many volunteers. Without Tektronix, Portland MESA would not have been able to grow from a program serving a handful of schools in Portland Public Schools to today which serves over 700 students across 13 school districts in four counties. vintageTEK continues this work with MESA through contributions and participation in MESA Day.

The TekBots program at Oregon State University was established in 2000 with a $500,000.00 contribution from the Tektronix Foundation. The program was created as a platform for hands-on learning by students and to give them opportunities to increase their design, troubleshooting, and teamwork skills.  A TekBot is a small mobile robot they acquire as a Freshman. As they learned new technologies they would augment their TekBot with new capability.  A course in digital signal processing, for example, would lead to adding cameras and vision processing to the TekBot while a class in RF might lead to wireless communication. The TekBot program has been wildly successful and expanded to other disciplines and to other universities including Fukuoka Institute of Technology, University of Nebraska, Iowa State University, and Rochester Institute of Technology.