There were a number of employee clubs and sponsored teams active at Tektronix over the various years. There were also teams organized for specific events. This April 8, 1977 TekWeek lists the various clubs organized at that time. 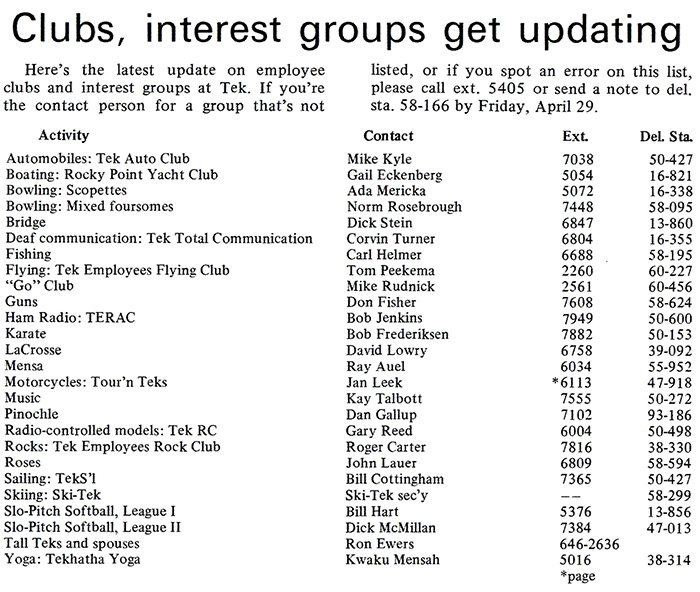 We believer these clubs also existed at some point in time:
Chess Club

Golf Club
Emory Harry has been mentioned as a member.

We have additional information on this site for these clubs:
Flying Club

We have a film on our Video Gallery of the Tektronix Flying Club and some photos of a 1952 Sun Valley trip. 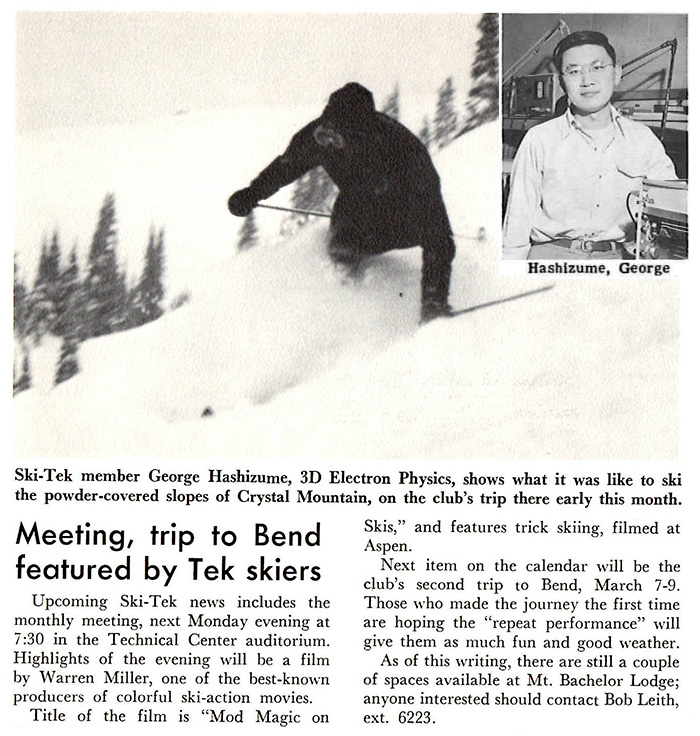 TERAC (Tektronix Employees Radio Amateur Club)
This was later renamed TEchnology Radio Amateur Club and still meets regularly in the Beaverton area. We have a more information on our Employee Amateur Radio Hams and the TERAC QSL Card Program pages. TERAC has their own website. (TERAC website)

There were also a number of teams organized for specific events.

Cycle Oregon
A week-long bicycle journey through some of Oregon’s most spectacular geography and supported by fine Oregon community hospitality.

Hood to Coast
This is a 130 mile relay from Portland to the coast with a team of twelve. There were often multiple company teams such as mixed-corporate, woman walking corporate, and men's corporate.

Seattle to Portland Bicycle Classic
This is a 200+ mile ride through western Washington.