Tektronix was heavily involved with youth and education (what we now call STEM) and sponsored the Tektronix Explorer Scouts Post 876.  This 1966 photo shows Governor Vic Atiyeh and Russ Fillinger with the Post Charter. 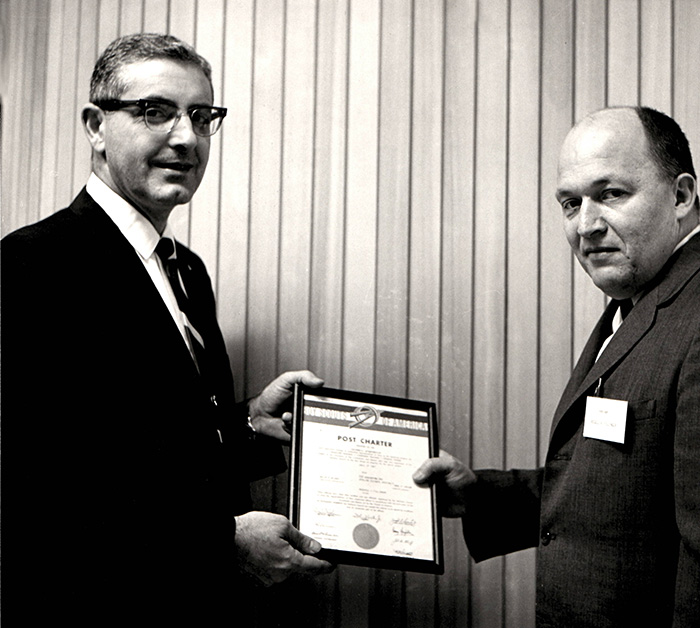 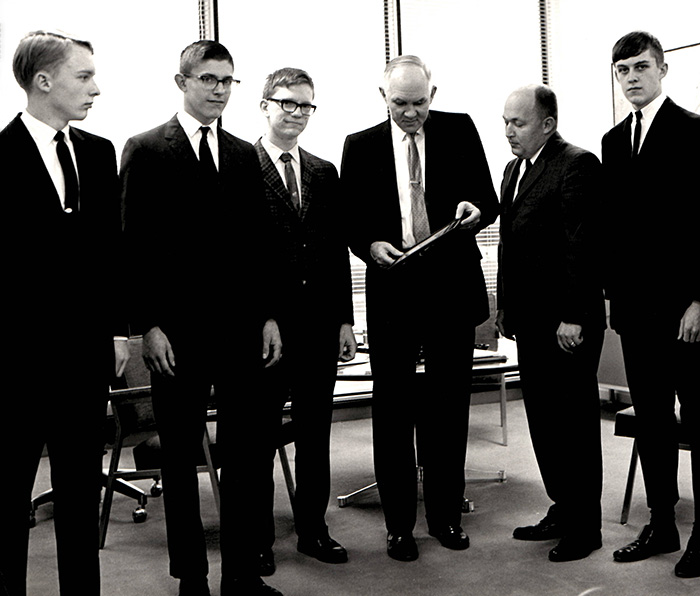 This December 16, 1966 TekWeek features describes the official charter for Explorer Scouts Post 876 and features both of the above photos. Click on the image to view the PDF. 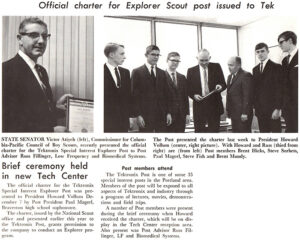 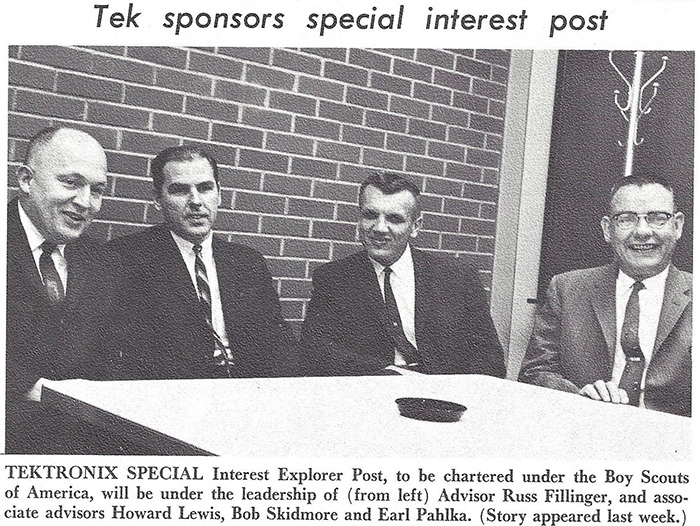 This June 17, 1966 TekWeek features the first meeting of the Tektronix Explorer Scouts Post 876. 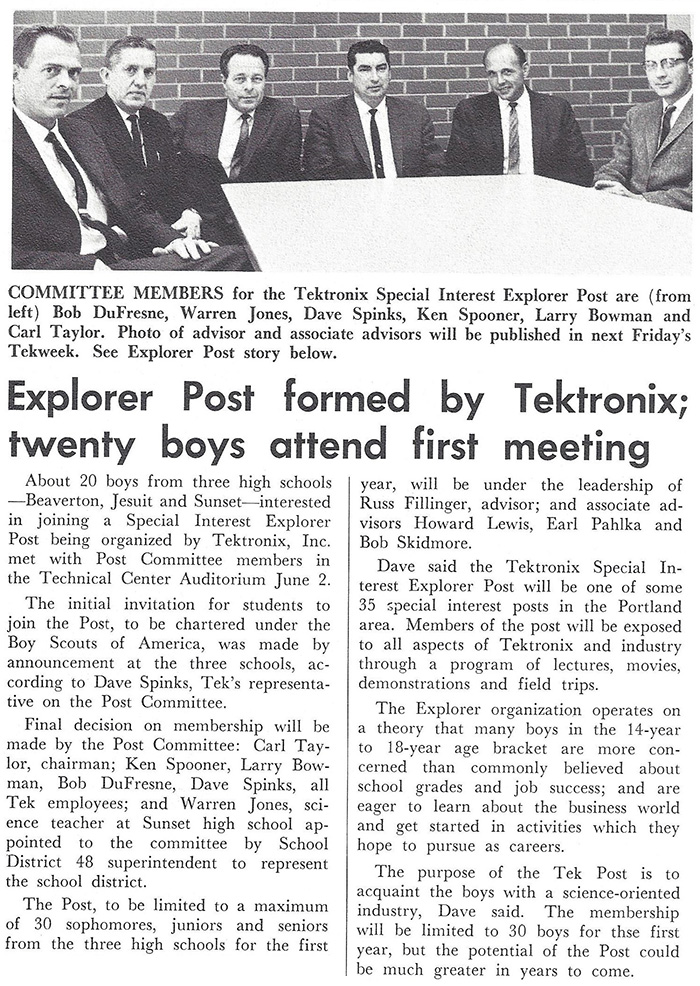 This February 9, 1968 TekWeek features an update on the Tektronix Explorer Scouts Post 876 activities.  Bob Skidmore, Ceramics Engineering, was also an algebra instructor in the Tek Education Program.  He was also strong with statistics and assisted with lots of quality control work.  A critical area that had ongoing process monitoring was the coefficient of “linear” expansion for the ceramic.  The sealing of CRT glass and ceramic needed to match sufficiently well under all storage and shipping conditions to keep stresses below a few hundred psi, including the stresses induced as the CRT was mounted in the product.

This November 15, 1968 TekWeek describes in more detail the Tektronix Explorer Scouts Post 876.  Verne McAdams was a Component Engineer.  His main specialty was switches, especially with reliability of rotary switches and toggle switches. 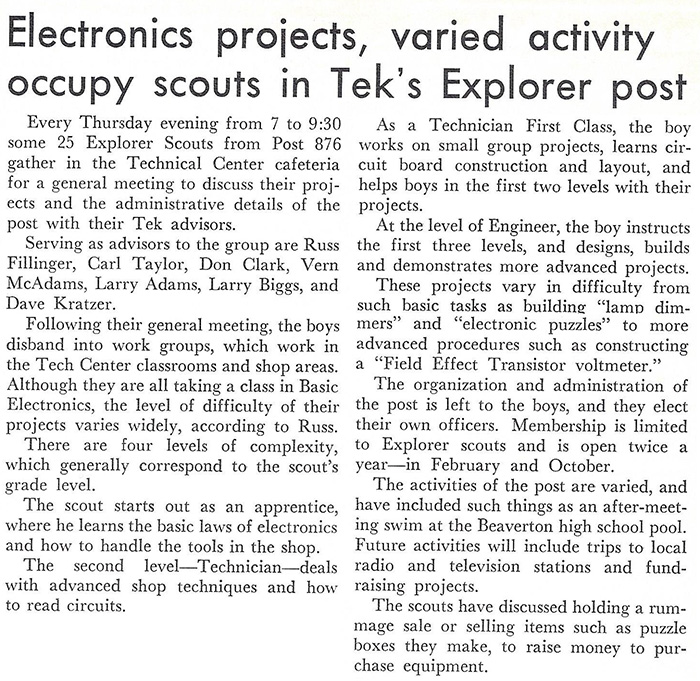 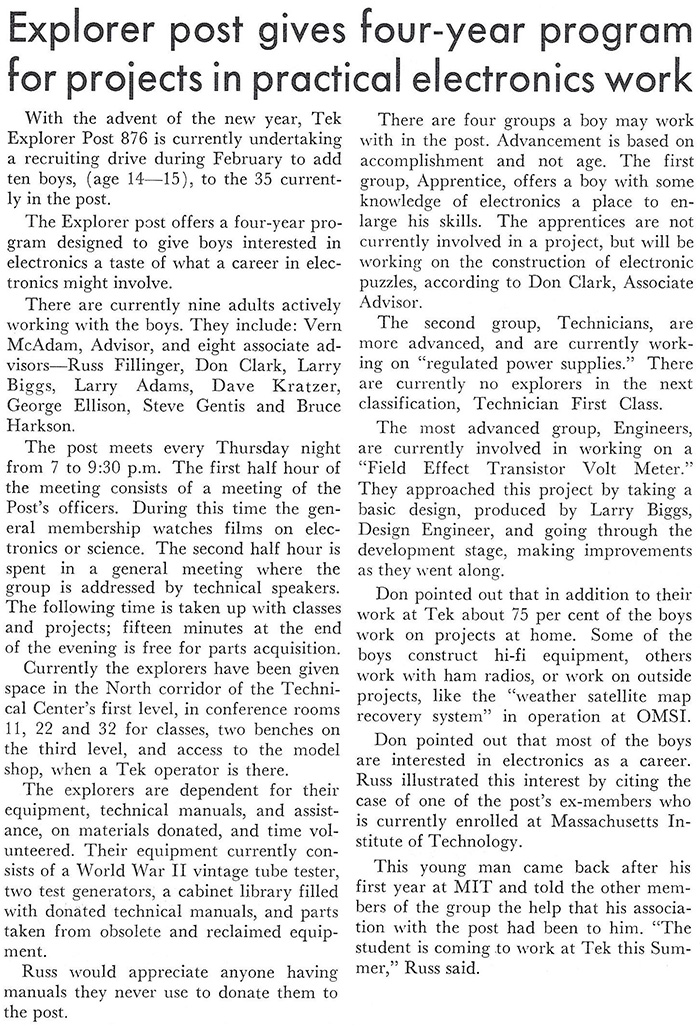 This undated photo is of the Tektronix Explorer Scouts Post 876 on the steps in front of Building 50. 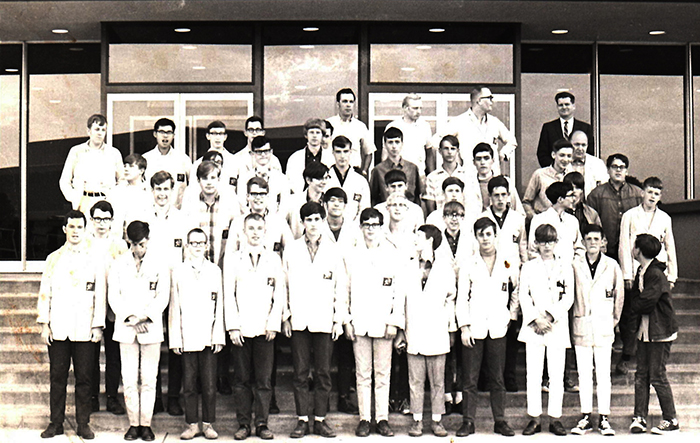 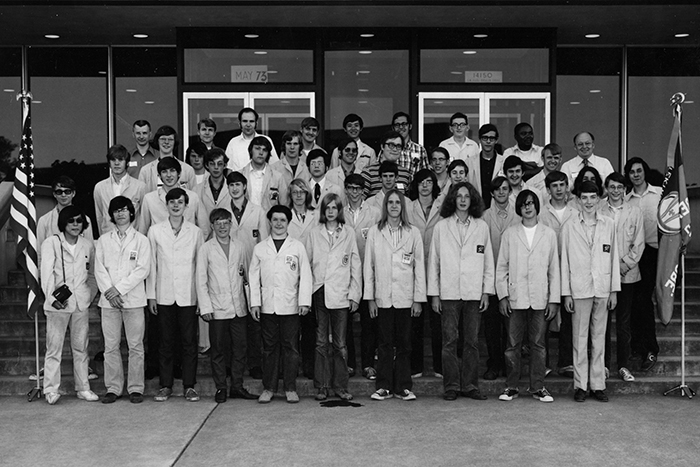 This photo is from June of 1974, again in the same location. 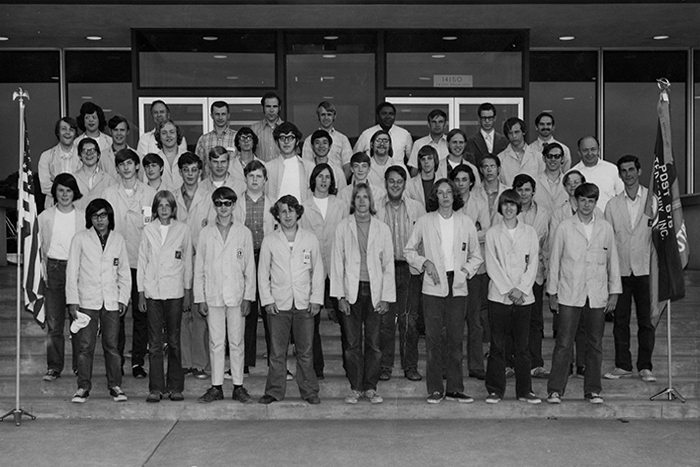 This undated TekWeek article is likely from 1984 and mentions that over 800 students have participated. 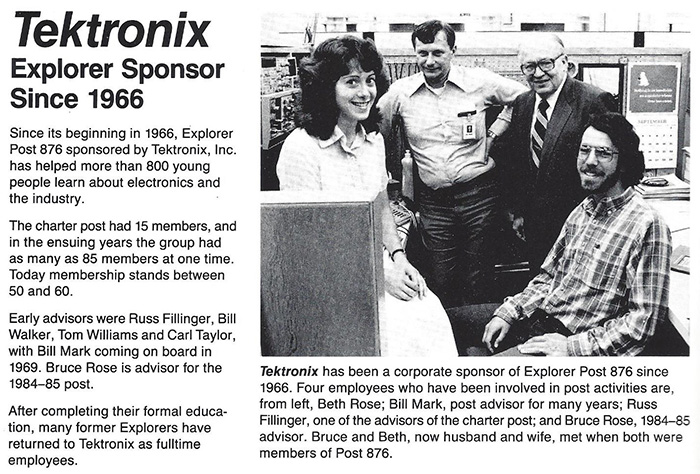 We have an Explorer Post 876 shirt, patch, insignia, and name badge at the museum. 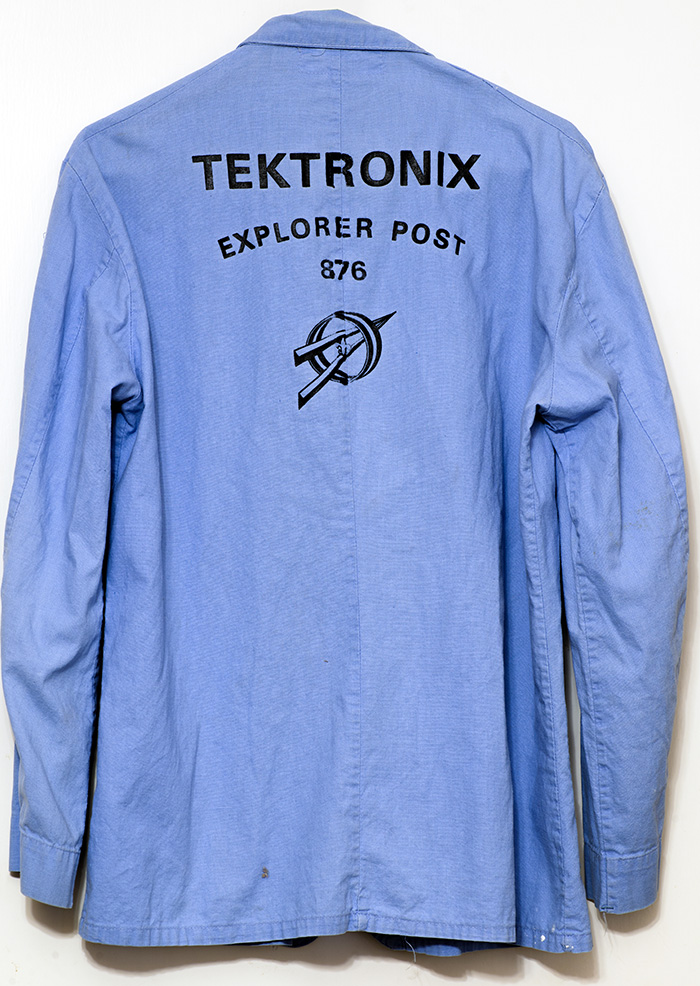 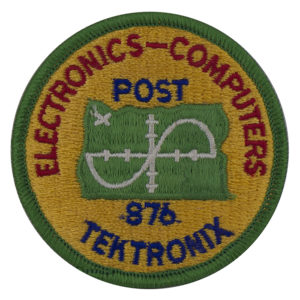 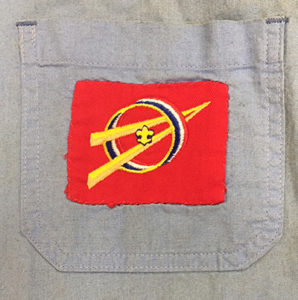 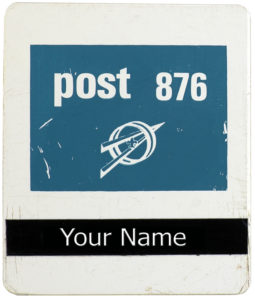