There are a number of films by various companies highlighting some aspect of their research, development, manufacturing, service, or operations. While these films emphasize their contribution and success, they also highlight the equipment that enabled their success and Tektronix instruments feature prominently.

This page highlights some of these films with links to the videos which are not hosted on this website. 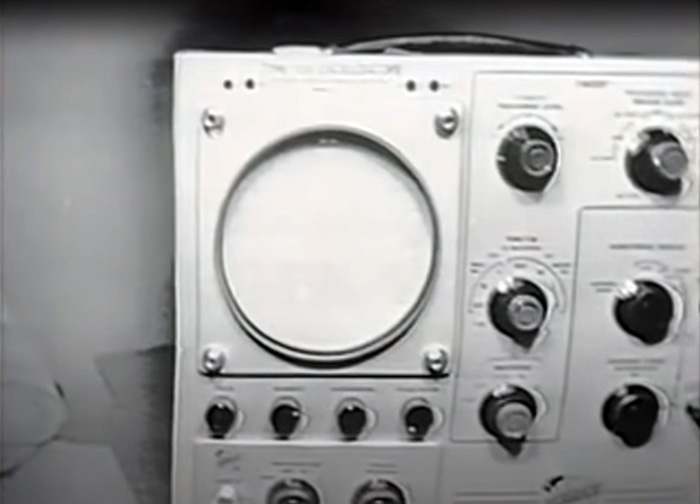 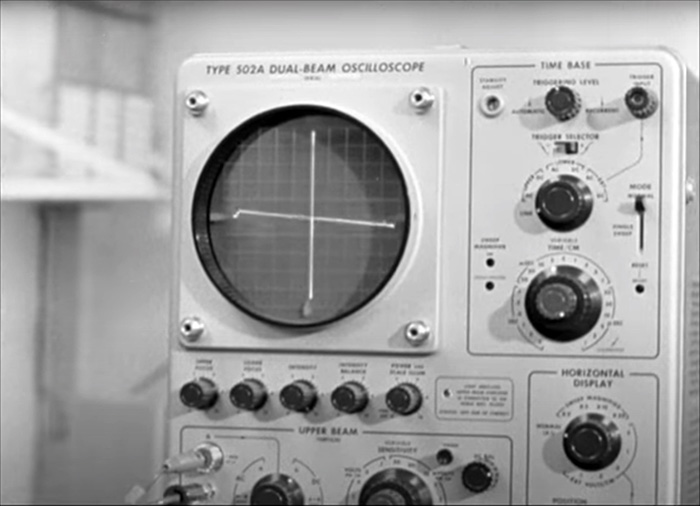 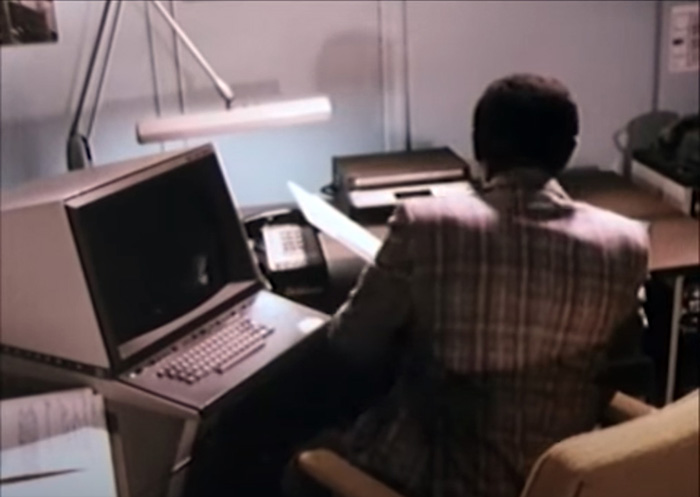 This scene later in the film shows a full graphics setup consisting of a 4631 hard copy, a 4014 DVST graphic terminal, a 4952 joystick, and a 4921 flexible disc memory. 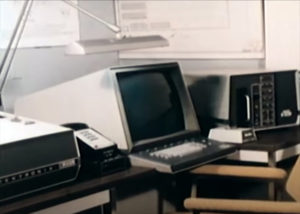 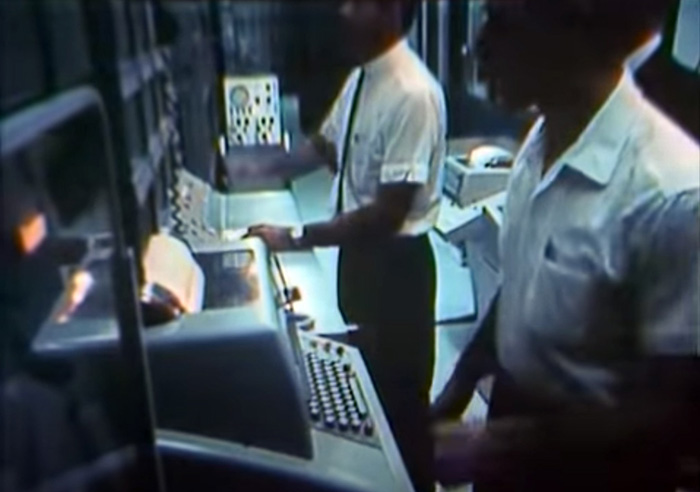 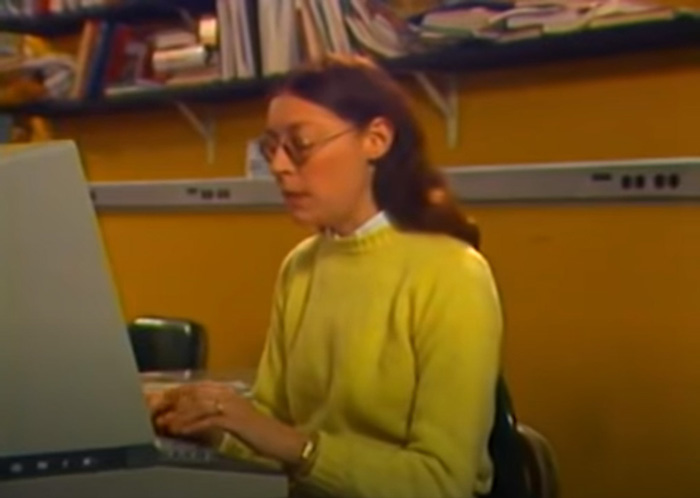 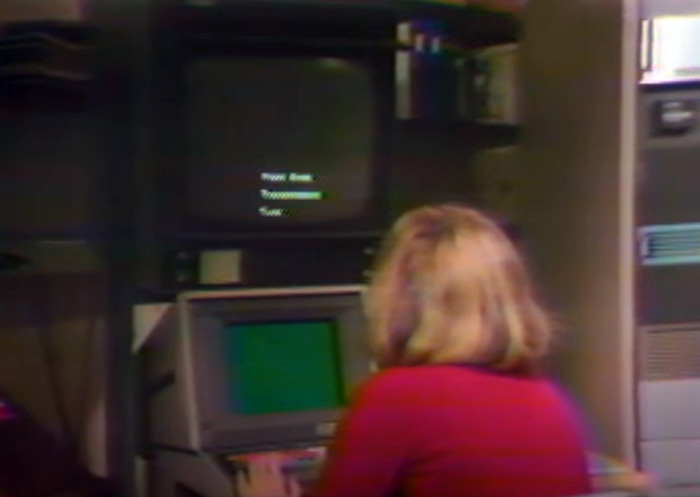 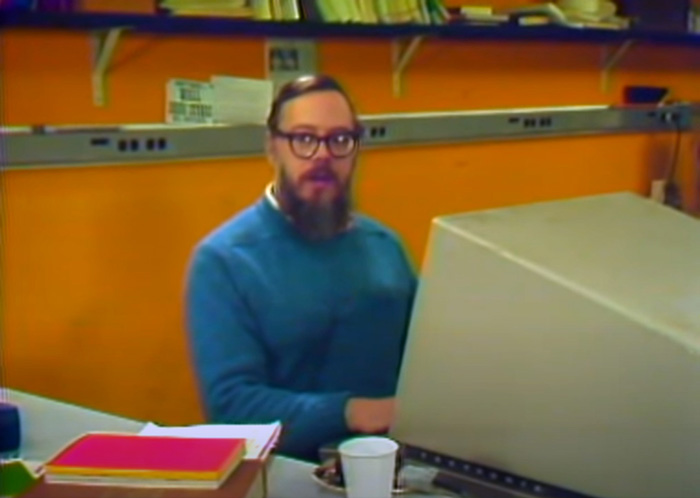 This AT&T film Microprocessor for the Information Age features design screenshots from a 4014 DVST graphic terminal. 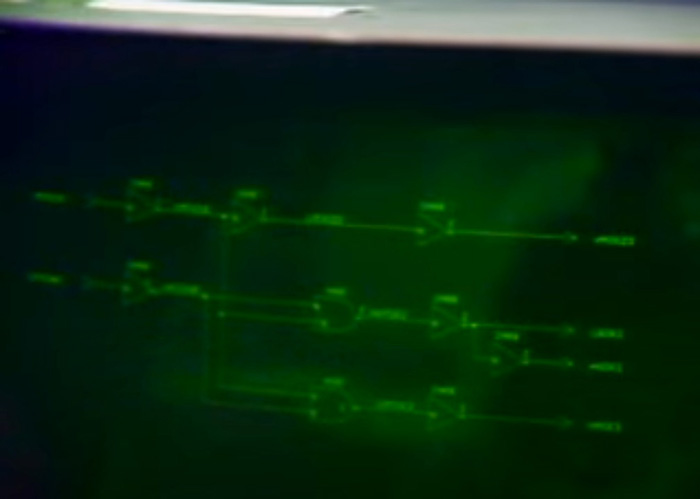 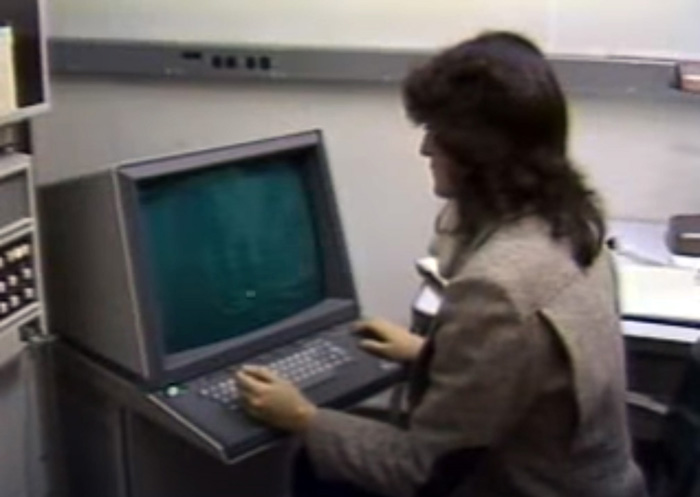 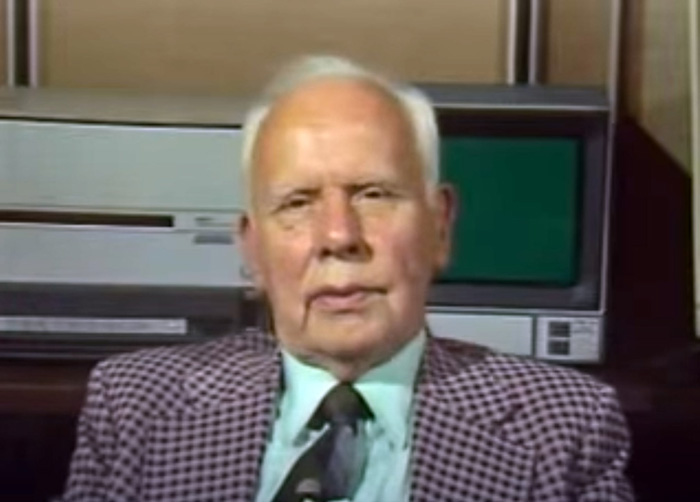 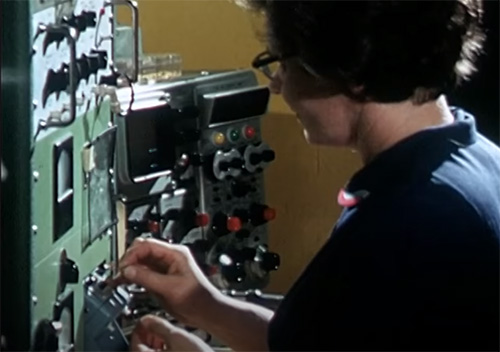 This 1962 AT&T Archive:Telstar! film features a Type RM661 oscilloscope near the end. 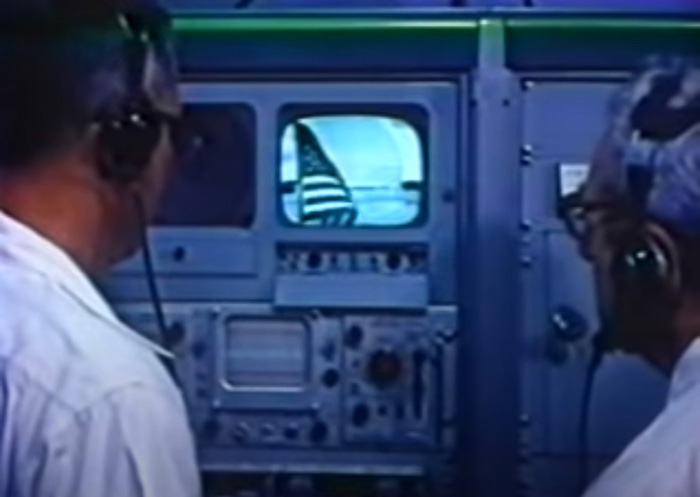 This 1965 Control Data 6600 film shows the operation and equipment at CERN, the European Organisation for Nuclear Research. A number of different instruments are shown  and this particular image shows a 585 oscilloscope with the early Type 82 plug-in. 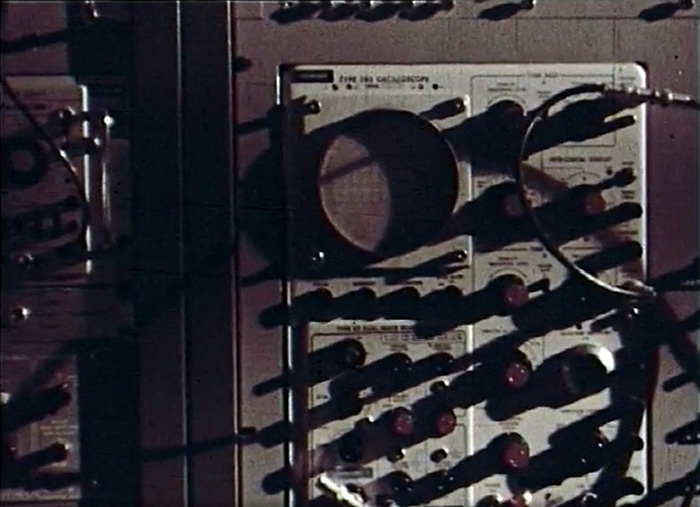 This just happens to be the same configuration as shown on page 104 of the Tektronix 1962 #21 catalog (left oscilloscope). "Early" plug-ins had the AC DC GND switch concentric with the input BNC connector. 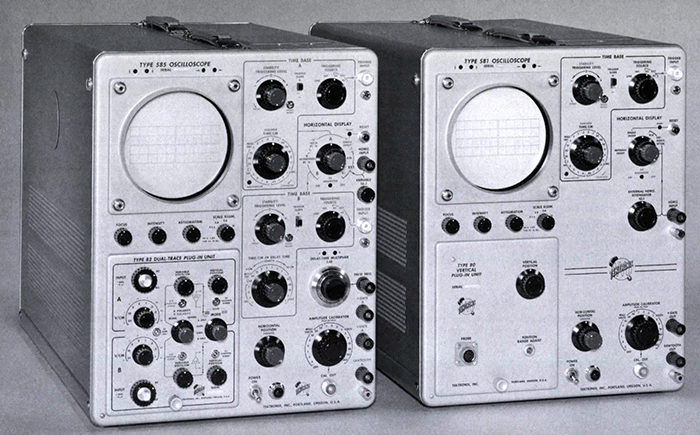 This Apollo Comms Part 16: Stanford Dish Apollo Past film shows a Type 310 Oscilloscope as part of the Klystron power supply rack. It occurs at 10 minutes into the film. 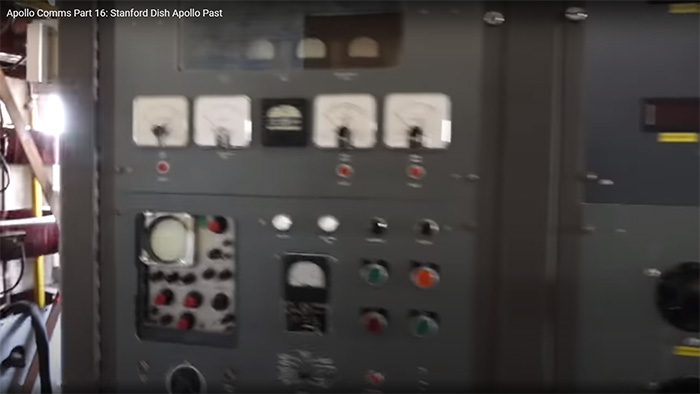 The Remembering the IBM System 360 film shows two Tektronix oscilloscopes at 5:14. They appear to be Type 535A oscilloscopes which fits with the timeframe of the film. The oscilloscope in the foreground is an HP 175A with a 1750B and 1781B plug-in. This oscilloscope was HP's answer to the Type 545A. 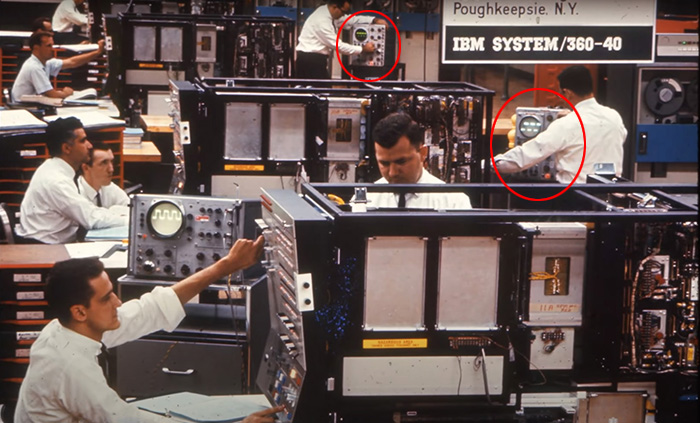 The MIT Science Reporter—"Computer for Apollo" (1965) film shows this Tektronix 545A oscilloscope with a CA plug-in at 15:45. 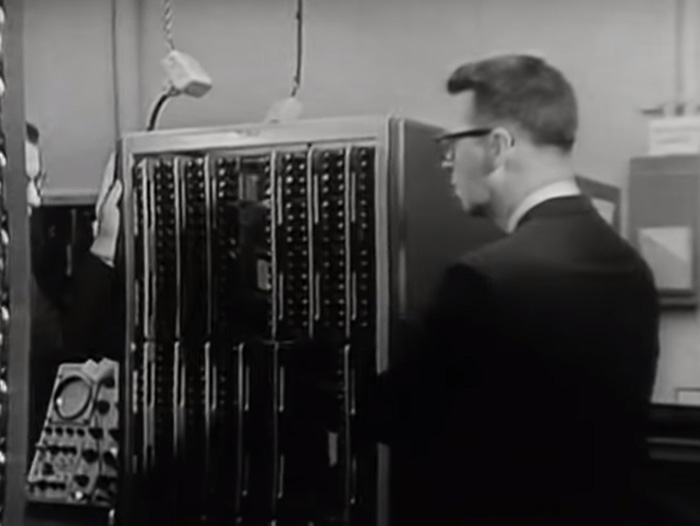 The Smithsonian Channel film 25 Mind-Blowing Facts About the Apollo Space Missions shows a 527 waveform monitor at 4:40. 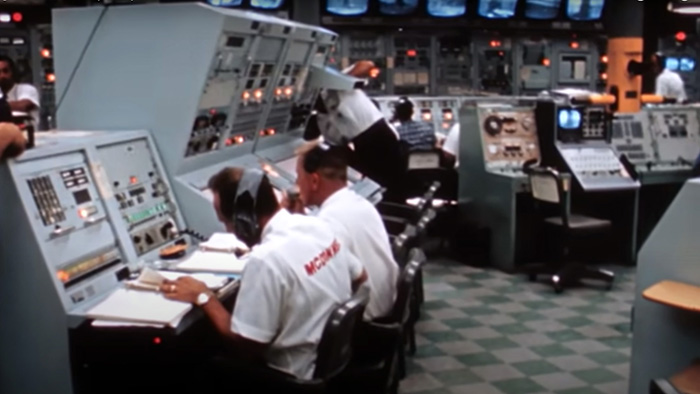 Let us know when you spot another Tektronix-enabled customer success film.