Two images stand out in representing Tektronix and its legacy.  One is the "Tek Bug" which first used a round CRT and was later updated to a rectangular CRT as shown on this front panel logo. 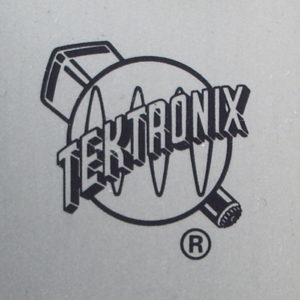 The other image is the "Wizard" which was shown on the vertical amplifier schematic in the 454 manual because this fast circuitry was magical. 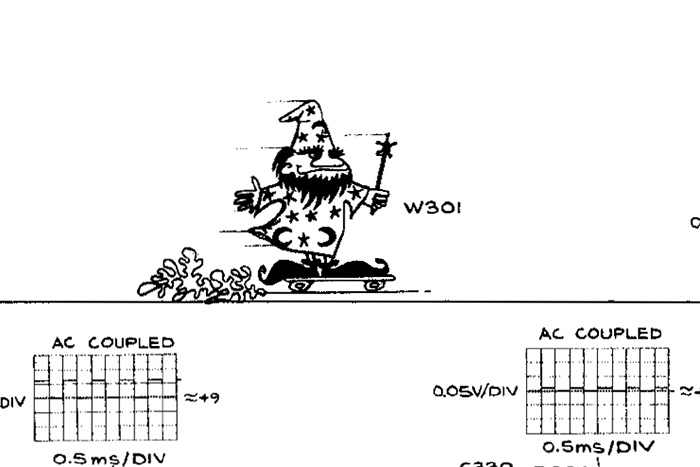 The Wizard was also listed in the parts list.

The museum assembled and sold out of 300 Demonstration Boards on our eBay store which draws these two patterns on an oscilloscope in XY mode.

This was a small (1.2 x 2.5 inches) circuit board with a processor and R2R D-to-A converters that will generate patterns on an oscilloscope operating in XY mode. The two patterns display alternately for a few seconds each. 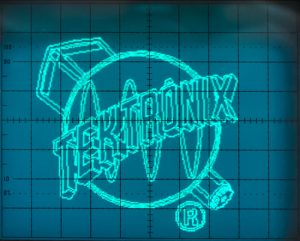 In fact, this demonstrator board looks great even on a competitor's scope as shown in this photo sent to the museum by a happy customer. 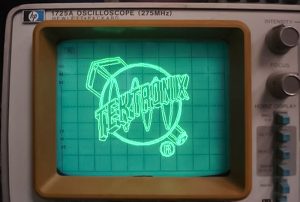 The Demonstration board was updated and included the capability of playing Table Tennis! 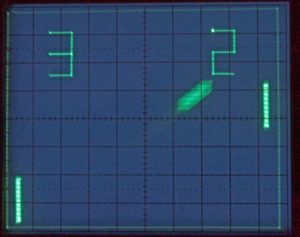 Here are some enthusiastic kids playing tennis at the museum on a 465 oscilloscope. 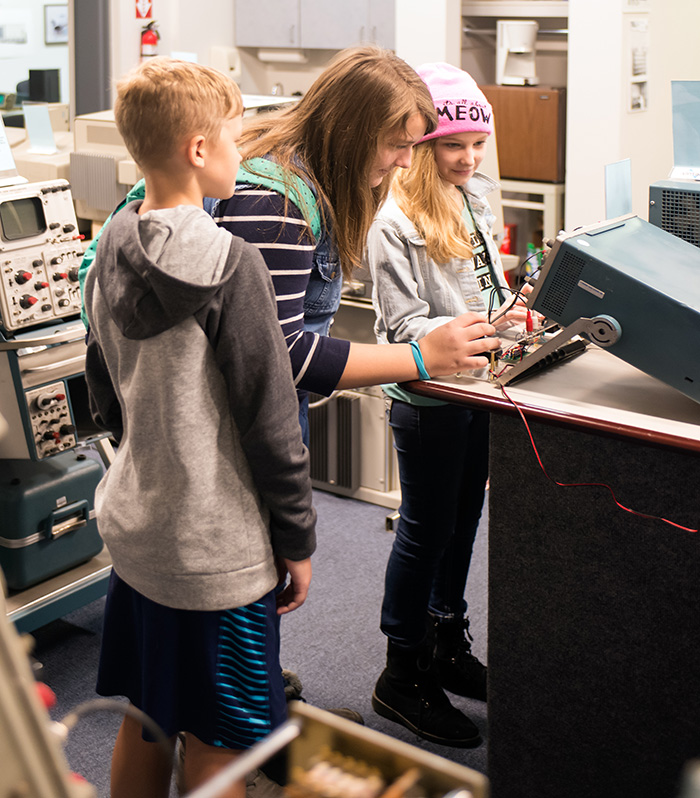 Alan Wolke on his w2aew YouTube Channel uses the demonstrator board to compare differences in XY mode on analog and digital oscilloscopes.

Check our eBay store for availability as we sell these boards on a fairly regular basis. With some DIY skills you can make your own. There are three ways.

You can build this using an Arduino with a pair of R2R DACs. Download the Arduino files here. This firmware will display the Tek Bug and Wizard images. It does not include the interactive Table Tennis.

You can download the Gerber files and have a PCB made. You then program your own ATMEGA328P using an Arduino R3 with a socketed processor. Simply program it with the Arduino code and then move that processor to your PCB.

You can hand wire your own board. Schematics are included in the Arduino files. As above, program your own ATMEGA328P using an Arduino R3 with a socketed processor and move it to your board.

Two customer sent us photos of their boards so you can see the simplicity of the circuit.  This one was built on a prototype board.

This one was built on an Arduino UNO board.