The Tektronix Federal Credit Union was founded on January 14, 1952.  The charter application was signed by seven Tektronix employees and a deposit of $25.  We do not know who the seven members were.  This TekTalk from April 1952 is the earliest information we can find on the credit union and who the various people involved with it were.  Note in only 3 months they had 100 members, $4,000 invested, and $5,000 in loans. 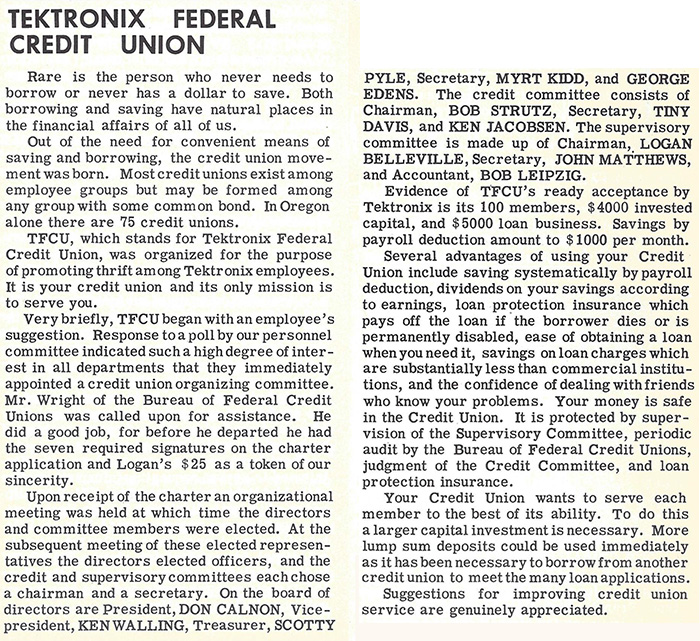 The Credit Union was located initially at the Sunset Plant as indicated on this directory of the building. 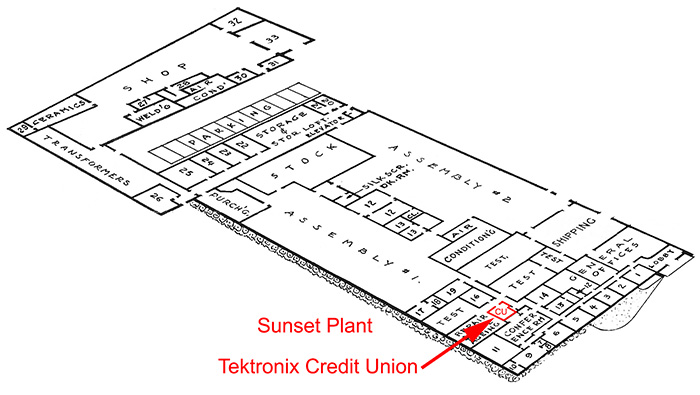 This ad for the Credit Union is from the January 5, 1955 TekTalk. 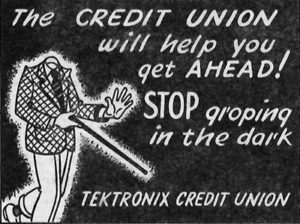 This February 5, 1955 TekTalk article gives an update after 3 years of operation. 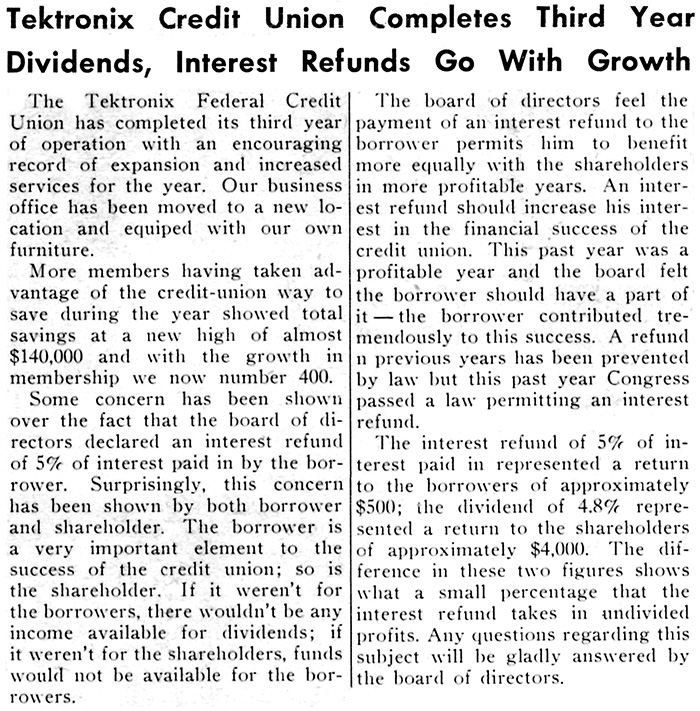 Also in that TekTalk issue is a photo of the Officers. 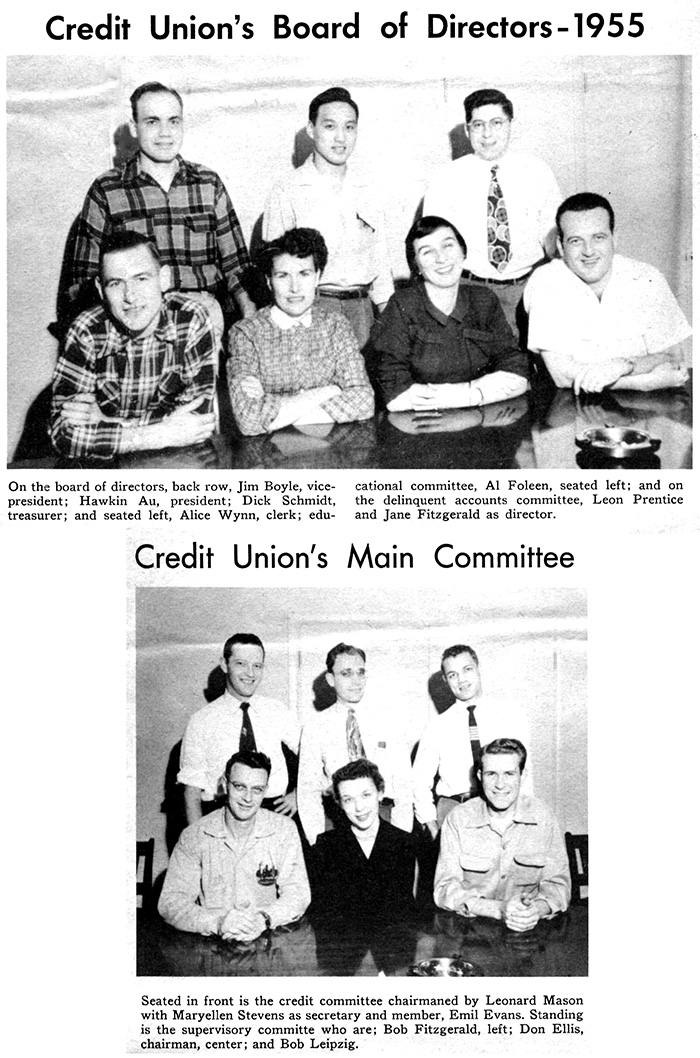 The following information on the Credit Union was taken from the 1956/1957 "You and Tektronix" employee handbook.

In 1961 the name was changed to Tektronix Employees Federal Credit Union.  By 1963 the Credit Union was located in downtown Beaverton as indicated on this campus map. 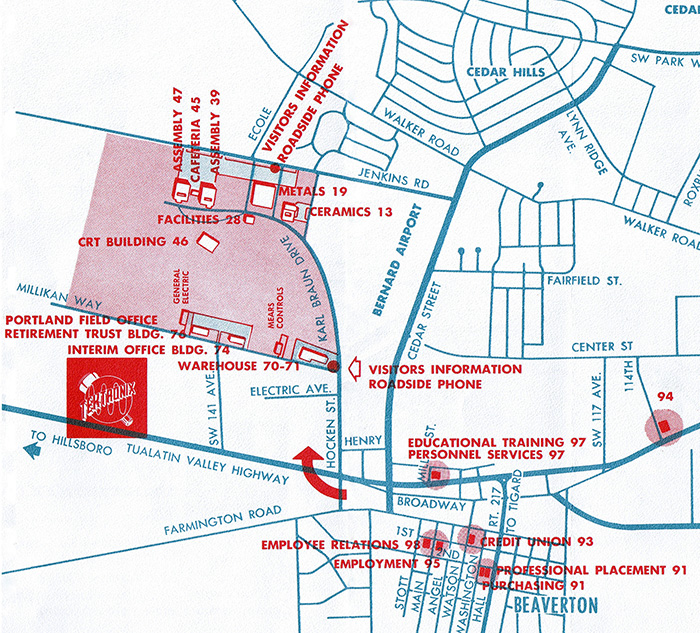 This May 18, 1962 TekWeek describes the ground breaking for the new Credit Union building. 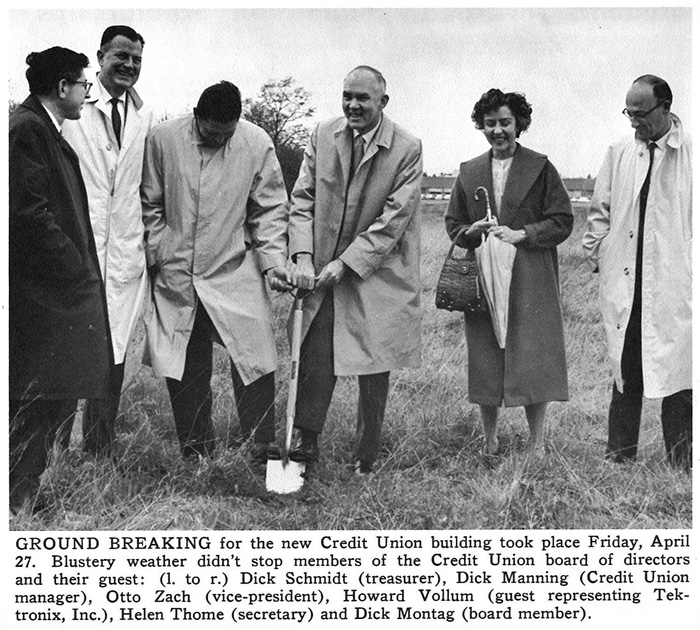 This January 8, 1965 TekWeek article describes the election of Officers. 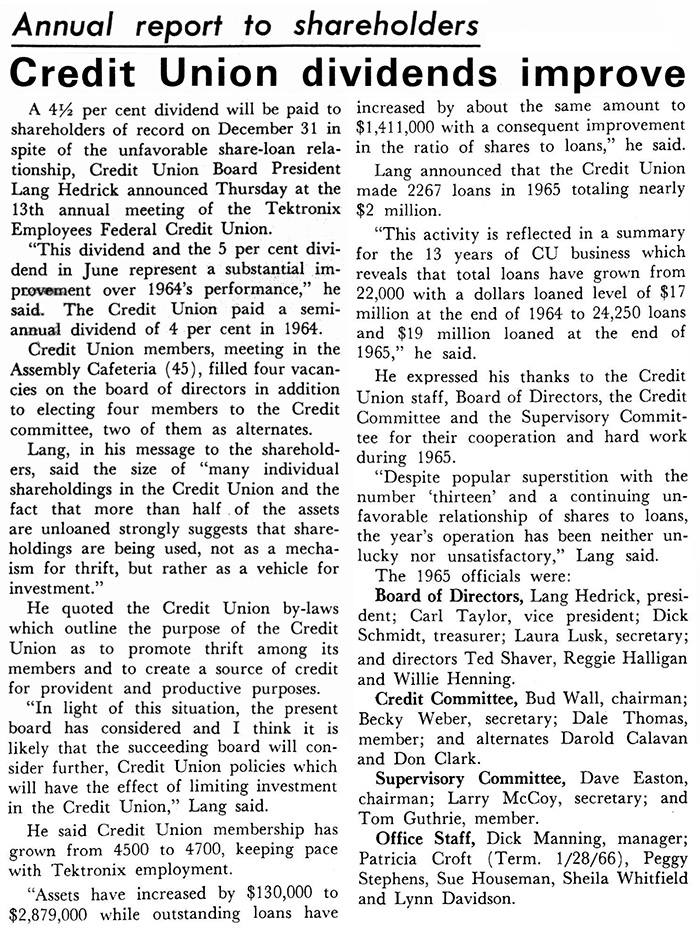 This January 28, 1966 TekWeek article features election of Officers.  Click on the image to view the PDF of page 4. 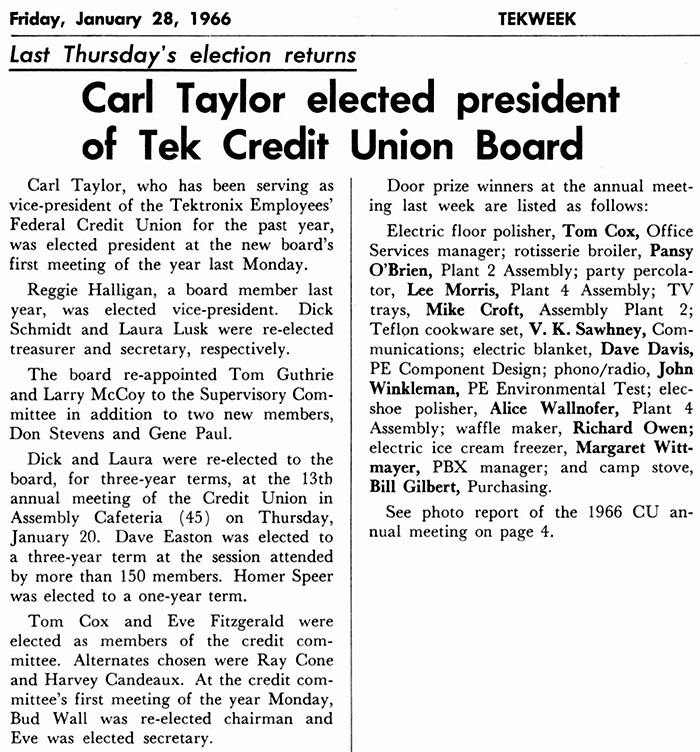 This 1975 map shows the credit union still in the same location (upper right). 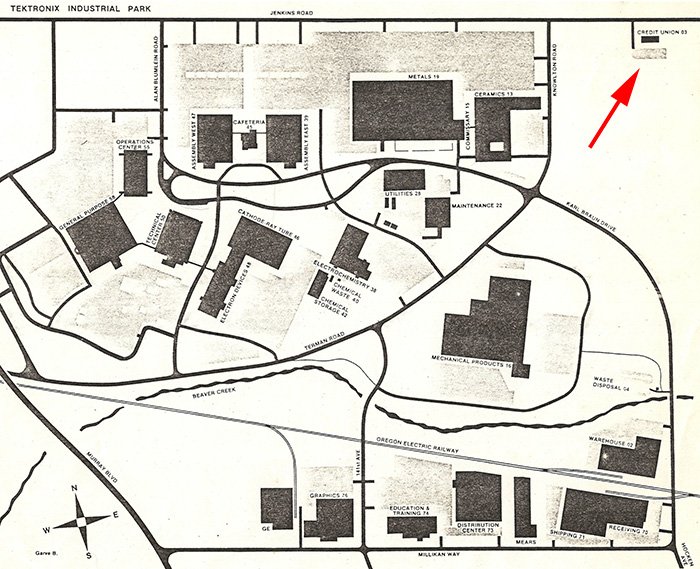 In 1975 at the Wilsonville plant, the credit union consisted of a Steelcase desk and a cash box in the drawer.  Later it moved to a respectable location at the intersection between Buildings 60 and 61.

This Vol. 5 No. 3 issue of Tek Credit Union Money Matters is from Spring 1976.  Click on the image to view the PDF. 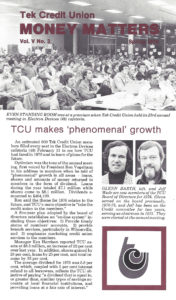 The Tektronix Credit Union was very adoptive of new technology.  By 1976 it had begun on-line data transactions using dial-up connections and three years later in 1979 began using ATMs.   They also implemented an early auto-bill pay program with a proposed fee of $5 per month which quickly transitioned to free.

This January 28, 1977 TekWeek article notes the 25th anniversary of the Credit Union. Click on the image to view a PDF of page 2 of the candidates for various Credit Union positions. 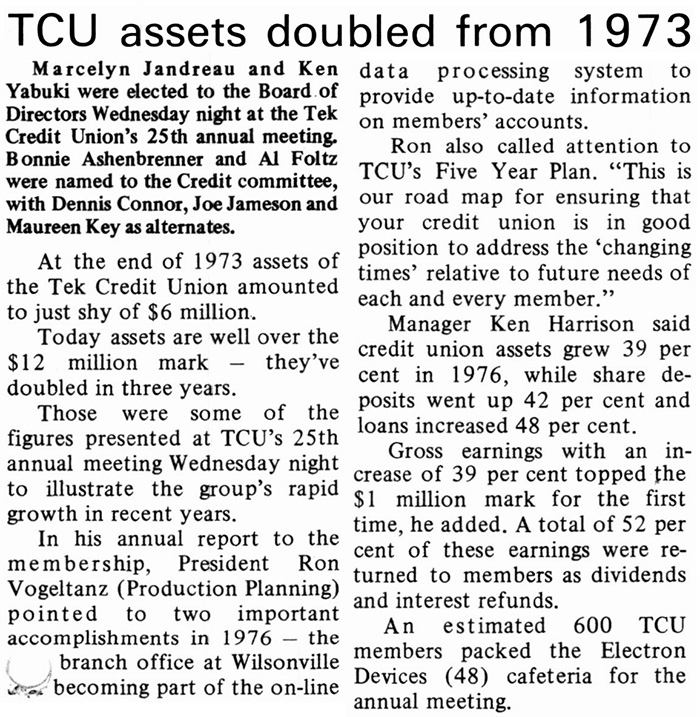 In 1986 membership was opened to include employees in other technology companies and the name was changed to First Technology Credit Union.  By 1989 it had pioneered on-line banking using dial up modems.  By the mid 1990s it was the second financial institution to implement secure internet transactions.  Since then it has continued adopting new technologies and supporting the technology sector.