In 1972 China opened its doors to international trade and foreign investment. To commensurate this historical change, US President, Richard Nixon, visited China, signed the Historic Shanghai Communique, and presented the Chinese government officials with several Tektronix television broadcasting and test and measurement instruments. These instruments were installed in the “Pearl of the Orient Tower” which is located in the Pudong area of Shanghai. This donation of the television products was the official beginning of Tektronix’s presence in China.

This engraving is a illustration of the business district and tourist area of Pudong.  The tall tower on the left, with the spire on top is the “Pearl Of The Orient”. 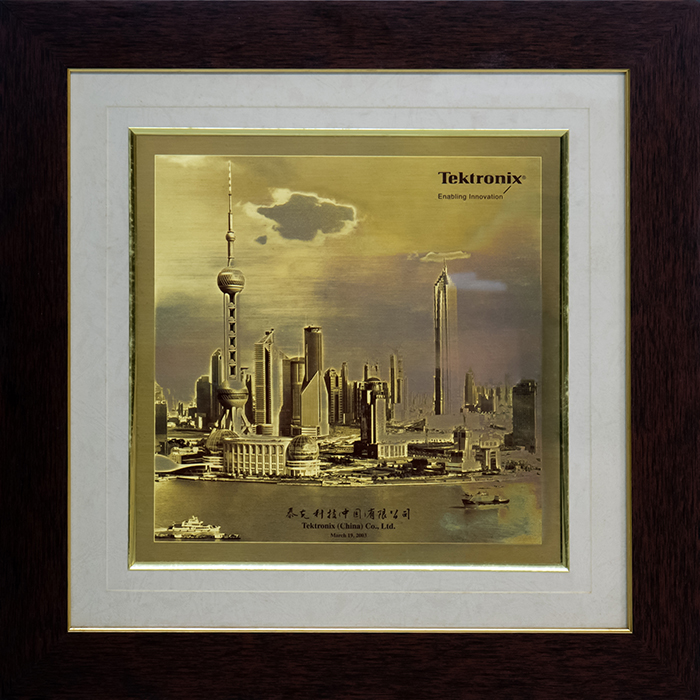 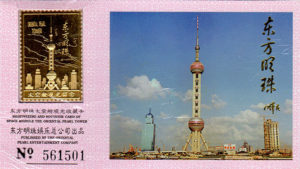 Pearl of the Orient souvenir card

In 1985 Tektronix opened its first sales office in Beijing. From 1972 to 1985 all Tektronix products sold in China were accomplished via the mail ordering system. Opening the first sales office cleared the path to opening sales and service offices in all major customer based cities in China.

In 1991 Tektronix entered a “Cooperative Enterprise” (joint venture) with Yangzhong Electronics. Yangzhong Electronics was located on an island in the Yangtze River. At that time the Chinese government encouraged joint ventures between Chinese companies and foreign investors and discouraged wholly owned foreign company ownership. The cooperative enterprise was named Y-Tek (Yanghong-Tektronix) in accordance with the Chinese requirement of having the location of the factory/office in the company name. Y-Tek assembled Tektronix probes and oscilloscopes from kits. The kits were provided by Tektronix USA. Yangzhong Electronics provided the facility, senior management and infrastructure support. 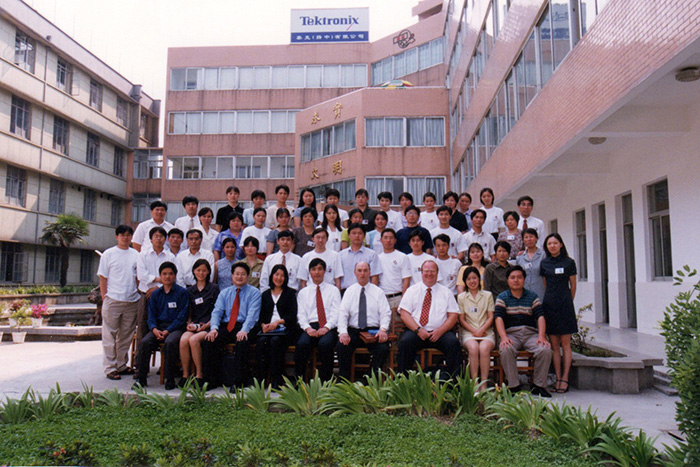 Tektronix initial focus was to manufacture higher volume, lower cost products at the Y-Tek facility using local suppliers where appropriate with products and manufacturing process designed in the USA. To facilitate this strategy Tektronix designed the TDS 100/200 family of products for manufacturing at Y-Tek for worldwide distribution. These products were a great success and significantly exceeded the first year forecast. Sales continued to grow and increased Tektronix market share and company presence. 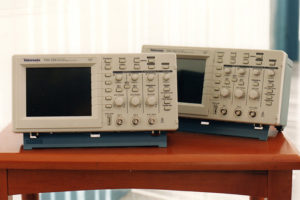 The capital investment to build the manufacturing infrastructure was entirely funded by Tektronix. As investments were made, Yangzhong Electronics surrendered more of its ownership. As Tektronix ownership grew and Yangzhong’s shrunk, the company name changed from Y-Tek to Tek-YZ. As time passed, China’s Central Government allowed foreign companies to have 100% ownership, and Tektronix met this ownership goal through continued capital investments.

Once Tek-YZ became a wholly owned Tektronix company, Tektronix began investigating a new location to enable future growth. The Pudong area of Shanghai was chosen due to the proximity to major customers, fast industrialization, and infrastructure support. In early 2002 Tektronix began building a 90,000 square foot facility in Pudong. The new building was clearly recognizable as a Tektronix facility but also incorporated numerous aspects of the Chinese culture, employees, and customers. 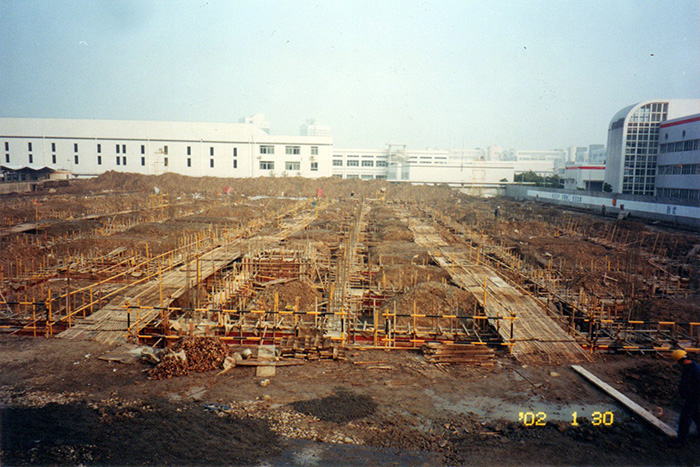 Having the word “China” in the name sends a message to customers that Tektronix made large investments and gained Central Government endorsement. Tektronix was able to meet the Central Government’s requirement for registered capital, and upon completion of the Pudong facility and the transfer of employees from Yangzhong to Shanghai, the “Tektronix (China) company, LTD” (Tek-China) was granted. 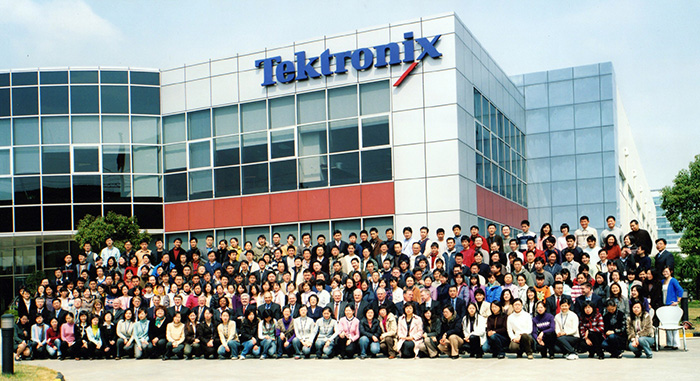 All of Tektronix Chinese legal entities moved under the Tek-China name, the Asian corporate headquarters moved from Hong Kong to China,  and a product design center was started in Pudong.