The Video and Networking Division (VDN) was formed  in the mid-1990s by combining the Grass Valley Group, the Profile Video Disk Recorder group portion of Television Products, and Network Displays Division together to address the convergence of networking and video streaming.  Soon after in April of 1995 VND acquired Lightworks Editing System,  a privately held company based in London that designs and develops nonlinear video editing systems, for $74M.  The Lightworks logo was a shark that was also prominently featured on their system screen as part of the delete function.  When a file was deleted the shark would swim across the screen to remove the file. 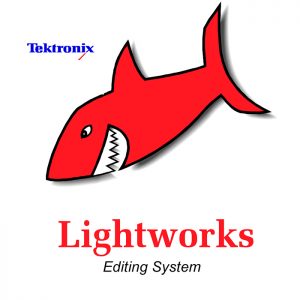 Lightworks eventually evolved their system to be three products - Lightworks, Heavyworks, and Newsworks, all focused on different aspects of video editing.  They jump started sales with a system that leveraged the traditional look and feel of a film editing system and user interface so there was minimal learning curve in transitioning to digital.  In fact, even though the system was built on Windows NT much of the operating system was hidden and the system didn't even use a mouse.

Manufacturing was in a small facility in Reading and was soon transitioned over to manufacturing at the Beaverton factory.  Lightworks engineering and marketing remained in London but the challenges began to grow.  Although the film editing paradigm worked to jump start the market, newer and younger users understood computers, windows, and mice and the products soon became dated.  By 1999 all three products had become end of life from Tektronix.  VND was divided up in the divestiture and the London offices of Tektronix were sold.  Lightworks is still in business selling video editing software and they even still sell the Lightworks Console.