In 1968 I worked at the Instrumentation Lab at MIT, which subsequently became Draper Labs. We were testing components for the Apollo guidance computer using a Tektronix S-3130 Automatic Test System. The S-3130 was used in the design of a plated wire memory system which is a variant of core memory which could be machine assembled. Testing was suspended every Fri morning so I could verify calibration of the S-3130.

Select people on the project were presented with an Apollo 8 aluminum medallion which contained metal from the spacecraft.  Apollo 8 was the second manned spaceflight mission in the Apollo program and was launched on December 21, 1968.  It was the first manned spacecraft to leave Earth orbit and orbit the moon and and return safely to Earth. 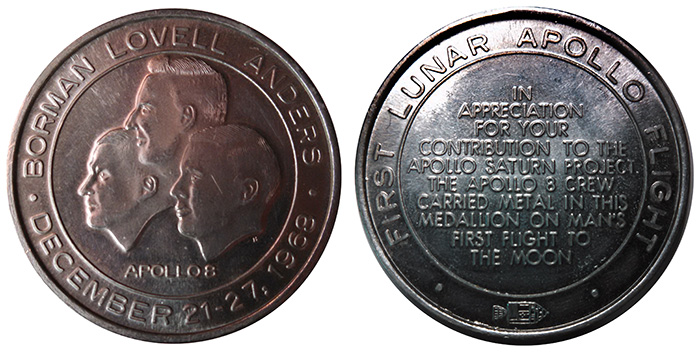 I was also presented with a certificate after the successful moon landing of Apollo 11 for my contribution to the Apollo Primary Guidance, Navigation, and Control System. 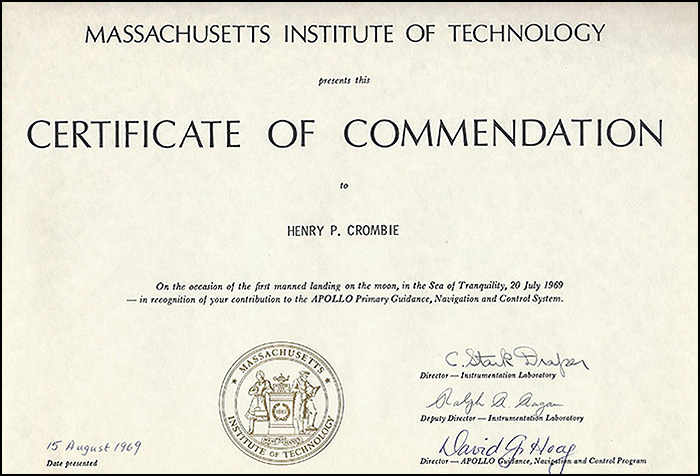 I was sent to Tektronix in Beaverton for a month of training on the S-3130 system, which ultimately led to my joining Tektronix in 1972 and working there for the next 36 years. 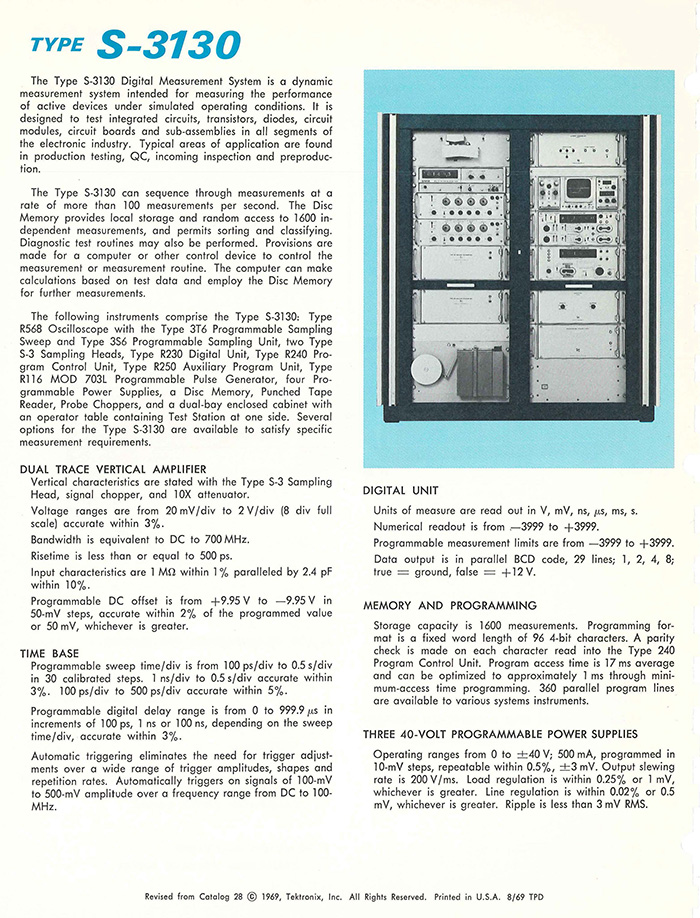