Tektronix pushed the limits of electronics and devices to deliver leading-edge instruments.  A good example of this is the 7612 digitizer.  The 7612 has a vertical bandwidth of 80 MHz with a sample rate of 200 Msamples.  High performance semiconductor ADC (analog to digital converter)  solutions were not available so Tektronix designed their own.  Their solution was a hybrid CRT-semiconductor converter tube, the T7610.

The precision analog portion of the converter was a CRT tube which generated a wide "ribbon" beam.  The digital portion of the converter was a semiconductor chip of an array of diodes organized in rows to product a gray code output.  In simple terms, the ribbon beam would charge a single row of diodes which would then be read out.  Only Tektronix would bombard semiconductors with an electron beam.

Click on the image to view the T7610 CRT in higher resolution.

This view shows the custom semiconductor circuitry on the end of the CRT. 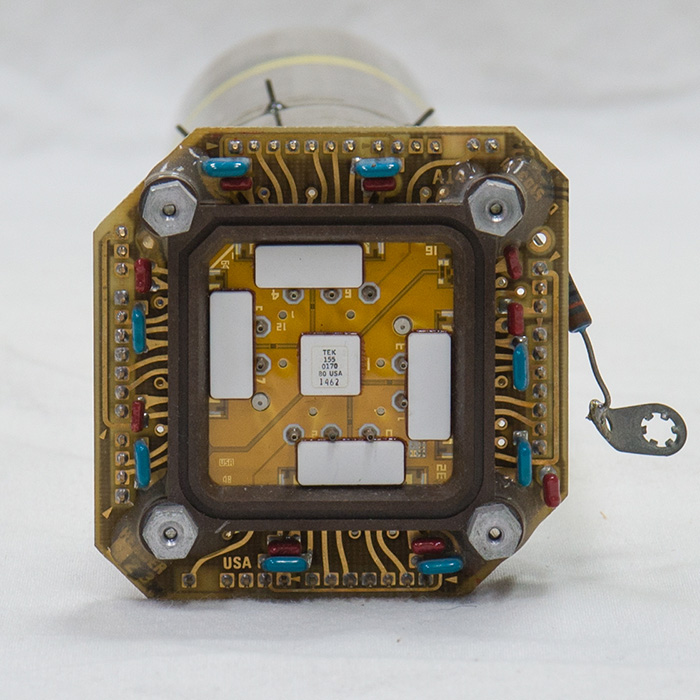 The museum also has a small quantity of the T7610 diode array chips. 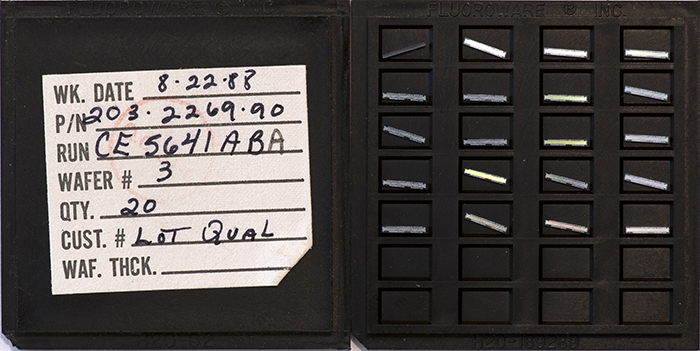 There is also a video of the T7610 tube on YouTube

The Tektronix Concept Training book Cathode Ray Tubes: Getting Down To Basics has a detailed chapter on the operation of this tube called "Special CRTS: 7612D Electron Bombarded Semiconductor Tube for High-Speed Analog-Digital Conversion".  The content of this chapter was also published in a SID (Society for Information Display) paper by Ray Hayes and Mel Balsinger (Proceedings of SID, Vol 20/2, Second Quarter, 1979. Click on the image to view the PDF of the Tektronix chapter. 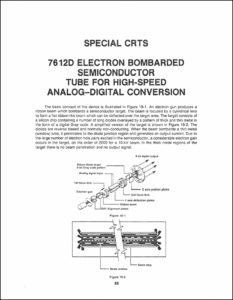