The 11K series of oscilloscopes replaced the 7K series in 1986.  The user interface is completely refreshed using a touch screen and menu system.  As such there are few controls on the mainframe or plug-ins.

This 1986/87 issue of Handshake describes the new 11K series.  Click on the image to view the PDF. 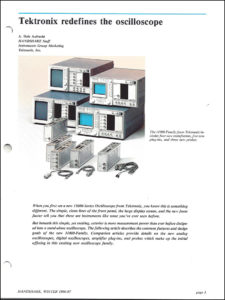 This October 23, 1987 TekWeek describes the showing of an 11401 oscilloscope in Czechoslovakia. 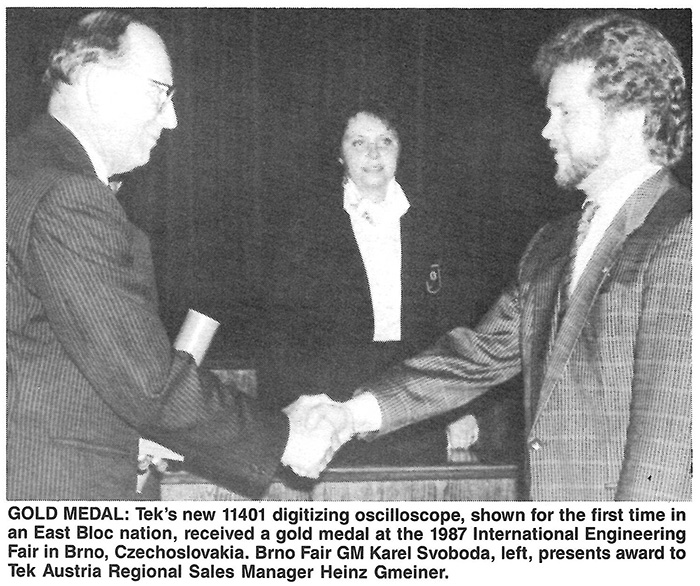 The museum has an 11403 oscilloscope on display.  The 11403 is a 1 GHz digitizing oscilloscope with a color display (mounted sideways) and was introduced in 1989. 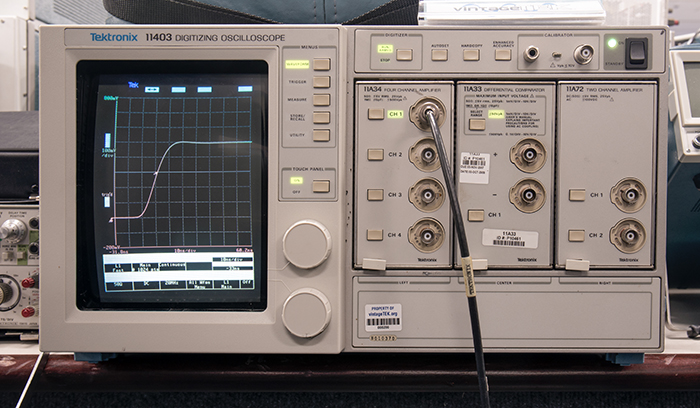 This same 1986/87 issue of Handshake describes how to choose a digitizer and provides an overview of the 11K series plug-ins.  Click on the image to view the PDF. 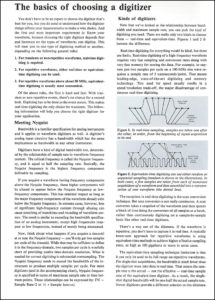 The mainframe accepts three plug-ins and this oscilloscope is configured with an 11A34 Four Channel Amplifier, 11A33 Differential Comparator, and an 11A72 Dual Amplifier.

This inside view of the 11A34 Four Channel Amplifier show the high level of analog integration on the left.

The 11A34 Four Channel Amplifier is designed around four M377 Tektronix integrated circuits which have been described as a "plug-in on a chip".  The M377s are laser trimmed per end application and contain about 710 transistors in a Tektronix 6.5 GHz SH3 bipolar technology. 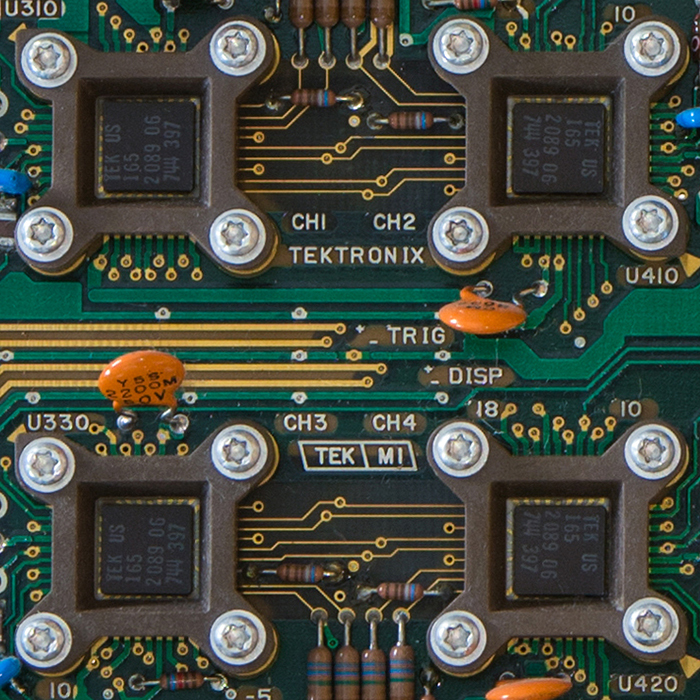 John Addis authored this article describing the M377 integrated circuit.  Click on the image to view the PDF. 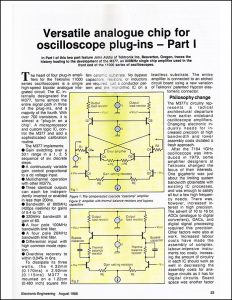