Frank Hood recalls in his Tektronix, The Early Days on our Employee Stories page

We started to move into the new Sunset plant in June of 1951. In the same year I started the design work on our first compact scope, the Type 315. This instrument had several innovative features. One was a sweep circuit designed by Dick Ropequet which was several times more stable and accurate then any other then in use. With this circuit, the actual time of the sweep could be calibrated with such accuracy that we decided to start calling it a "TIME BASE". The vertical amplifier was also more stable and accurate. A man in our test department, John Kobbe, suggested a direct coupled unblanking circuit. Another employee, Ted Goodfellow, a musician with ceramics as a hobby, suggested making a ceramic strip with silvered notches to act as insulator and support for the components. This smaller scope had less space on the front panel for the necessary controls. A Machinist, Jim Morrow, suggested combining some of the controls, by making them co-axial (that is, a shaft within a shaft and separate knobs.) We tried to purchase such controls but could find no one interesting in making them, so Jim machined sample controls. He even machined the dies to produce our own plastic knobs. All these suggestions were incorporated in the 315. Several patents were granted, which later led to a patent infringement suit which we brought against the Government, (we eventually won the law suit)

We have a 315D on display at the museum. The new concentric controls are visible with the red inner knobs. You will also note the front panel trimmer accessible in the center of the Amplitude control. 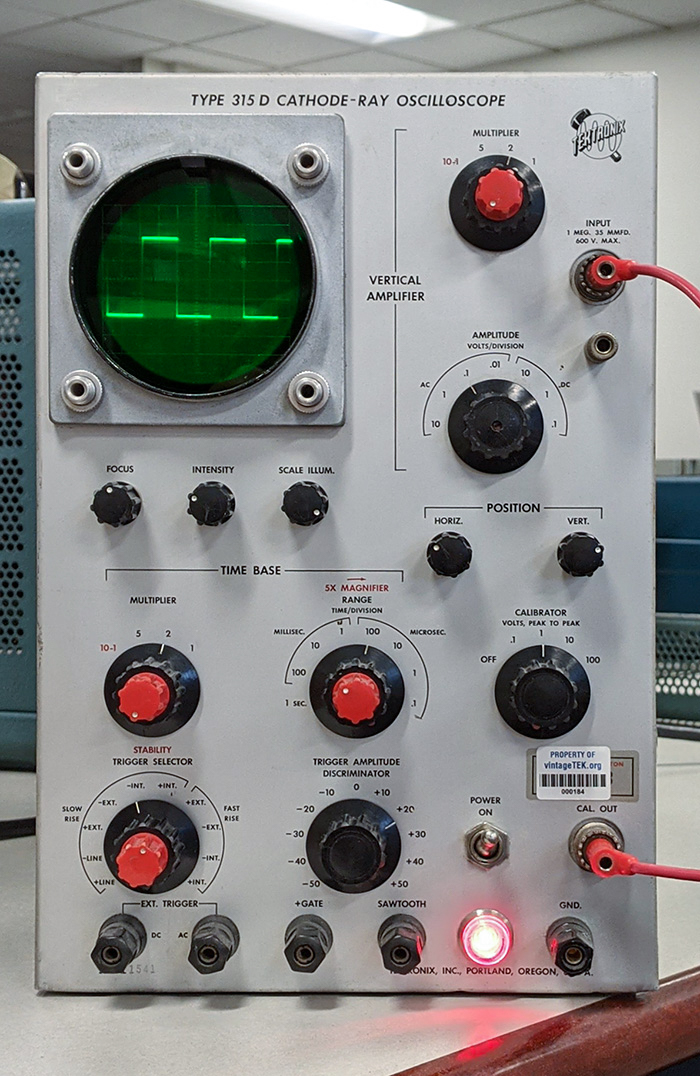