The 321 oscilloscope is a very compact single channel 5 MHz oscilloscope introduced in 1960. It is mostly a solid-state design with 5718 peanut tube for the input. It would operate of AC, DC, or 10 D size NiCd batteries. 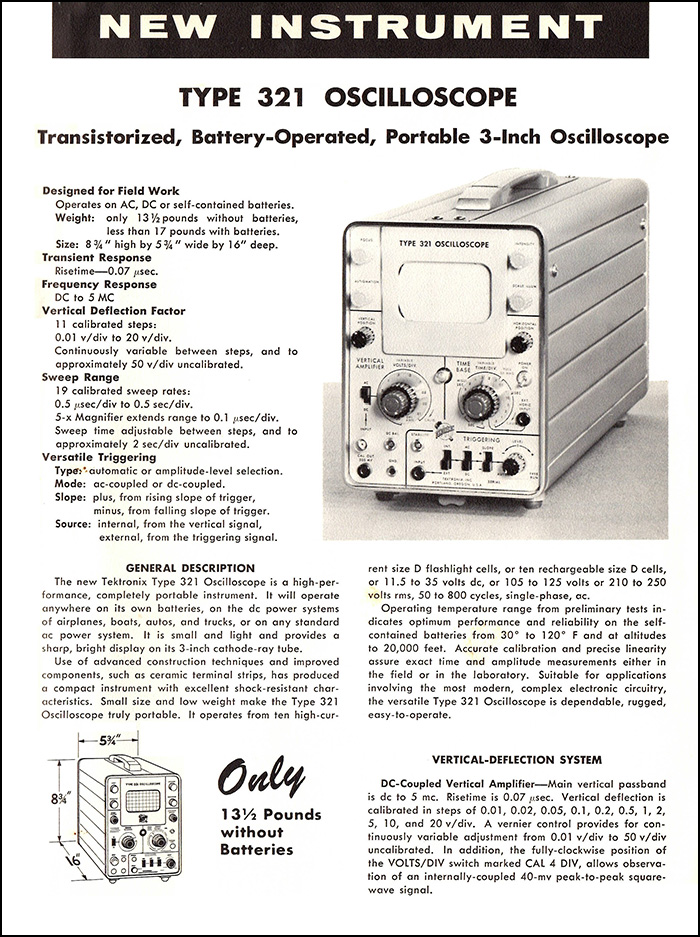 This promotional photo demonstrates the portability of the 321. 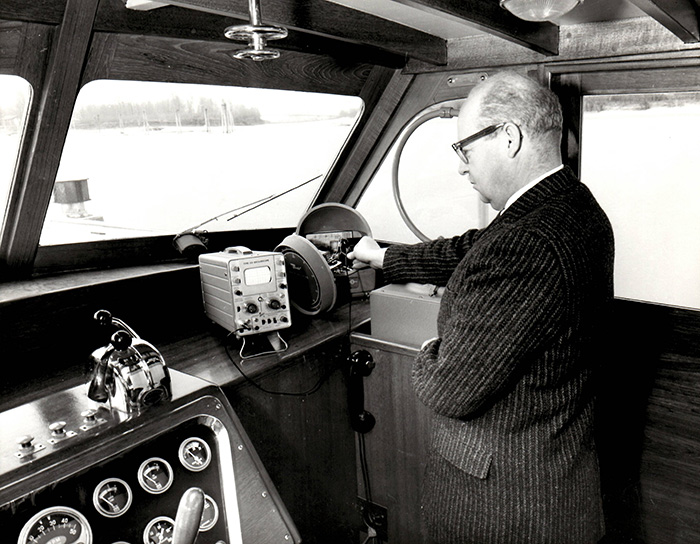 The 321 was featured in the January 1961 Radio Electronics article. Click on the image to view the PDF. 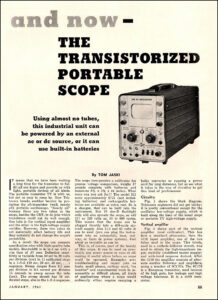 The 321A upgrade was introduced in 1964 which increased the bandwidth to 6 MHz and replaced the peanut tube with a Nuvistor. Later versions replaced the Nuvistor with a FET. 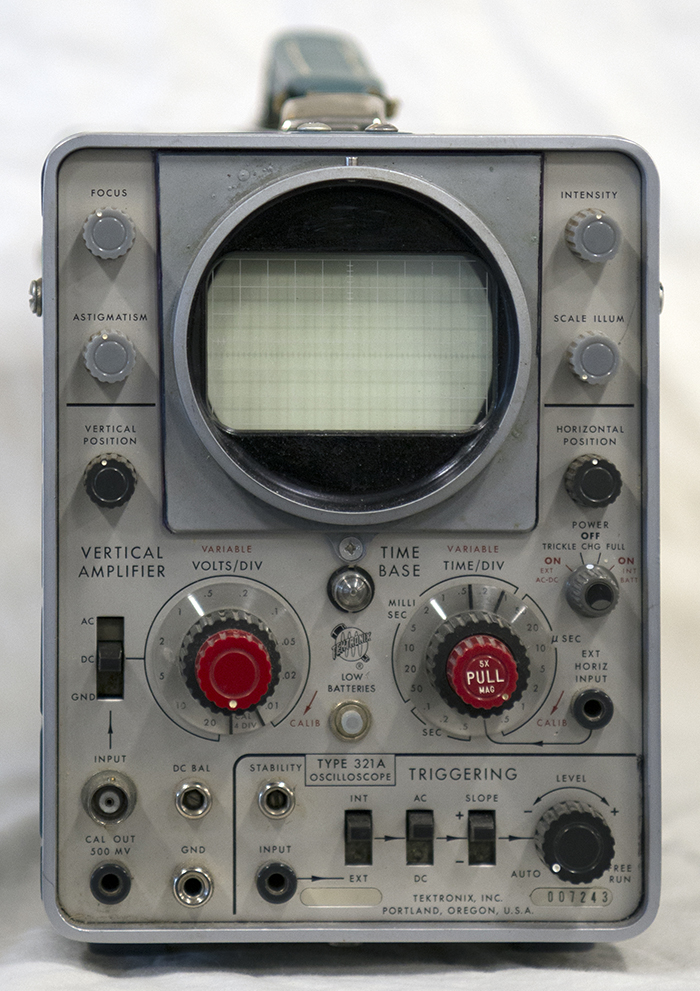 The internal construction is ceramic strips as was typical of that era. 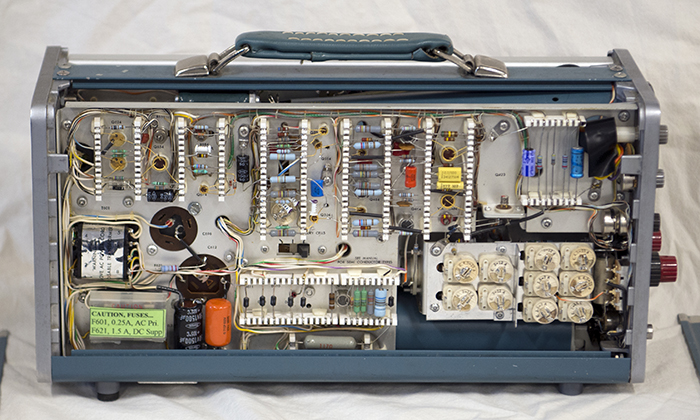 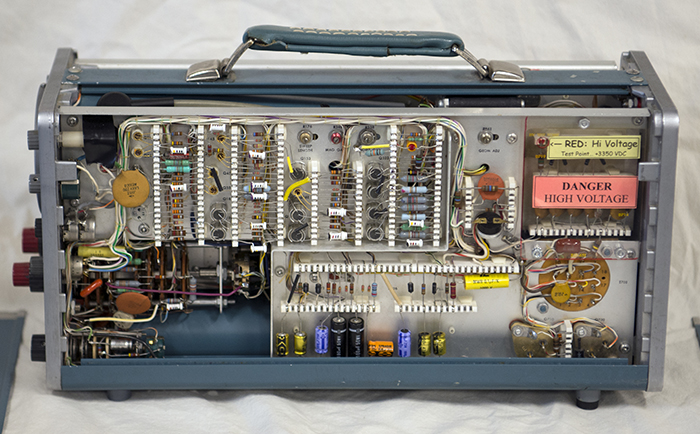 One interesting note in the 321 history is the possible use in the Apollo Moon Mission. A flurry of memos from early 1962 revealed an interest to include a Tektronix 321 oscilloscope in the Apollo Module.  North American Aviation (NAA) was considering the oscilloscope inside the space vehicle to troubleshoot the “In-Flight Test Systems” of the vehicle enroute.  They forecast possible sales of 30-35 units and after much discussion regarding the mechanical stress of the launch everyone realized the 321 would not meet the requirements for vibration and acceleration force at liftoff.

Internal Tektronix discussions concluded that ruggedizing the 321 would not be appropriate because of the size of the effort.

Meanwhile, Bob Poulin and the Military Products Engineering Group were looking at designs for a transistorized, rugged, dual trace instrument intended for a 321-sized package that would meet other applications and could be modified to provide reliable operation under the extreme environments foreseen for the Apollo launch.

In September 1962, NAA was still trying to define the environmental requirements, and by November, specifications including a weight of 17 pounds, 28 volts DC primary power, operation at 27,000 foot altitude in 100% oxygen, and “dry” switches to prevent fire were being discussed.

In January 1963, Tek learned that NAA was starting over to define the “In-Flight Test Scope Spec” which would probably take at least six months.

That is the end of our memos and information about any Tektronix equipment to fly in the lunar module. Click on the image to view the documents PDF. 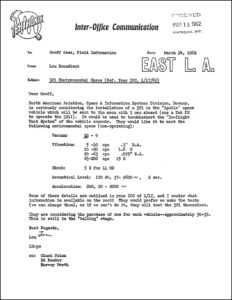