Howard Vollum called the creation of the simplified, direct-view storage tube (DVST) "one of the most significant technical breakthroughs made by Tektronix engineering". The design was used first in the revolutionary 564 storage oscilloscope in 1962 and it paved the way for Tektronix dominance in analog storage oscilloscopes into the 1990's. Also called the Anderson Tube, after its inventor, Robert H. "Bob" Anderson, the core concept led to Tektronix entry and subsequent dominance of early computer graphics markets.

The museum has a large collection of other Tektronix production CRTs of all types. Bob Anderson sent the museum the first 5-inch prototype storage CRT he had built as a proof-of-concept vehicle.

Here is a photo of the screen from Bob's first 5-inch DVST, with his wax-pencil marking barely visible: "T564 #1 Prototype". 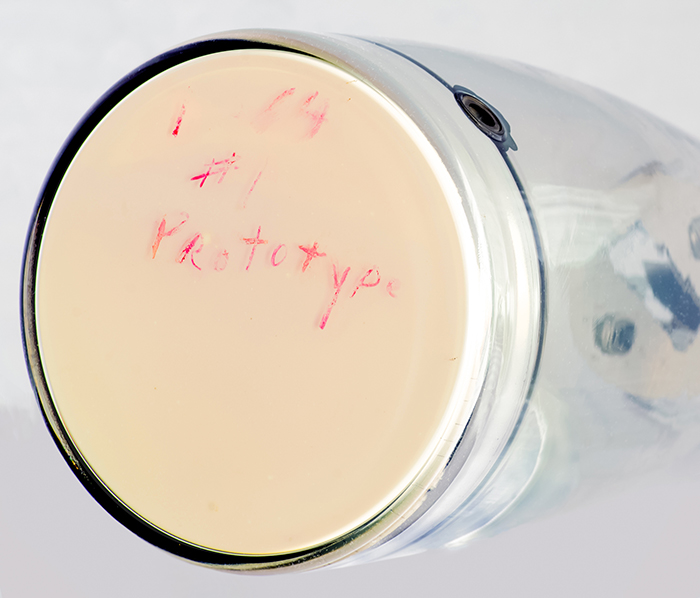 The CRT appears to have been built from a T5021 glass bulb where the interior was coated with a thin film of tin oxide, a unique material that is both optically transparent and conductive. The electron gun structure has a writing gun, common to most all CRTs, but also has so-called flood guns located closer to the screen, which bombard the phosphor to sustain light emission created from the writing gun. The tin oxide film collects secondary electrons created by the trace from the writing gun.

The museum has several of Bob's smaller, initial prototype storage CRTs which were built from approximately 3-inch glass tubing in the engineering tube lab. This tube was probably the most significant; Bob used this very CRT to confirm his approach for producing a storage CRT by collecting secondary electrons on the screen coated with tin oxide. 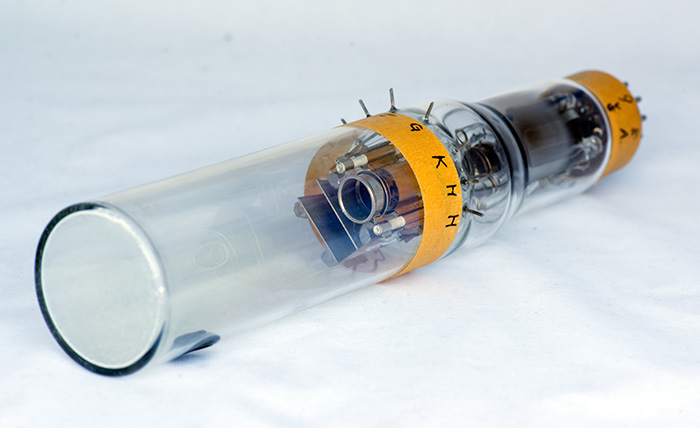 Note the extremely thin phosphor coating on the face. The phosphor was created by hand-distributing the phosphor particles onto the screen. It was called the "chicken-feed tube" by Bob's boss, Dick Ropiequet, when Bob described how he produced it. Bob wanted to make sure there was plenty of room between the particles in order for the secondary electrons to find their way to the tin oxide film. This was obviously not practical for a fully-functioning CRT. 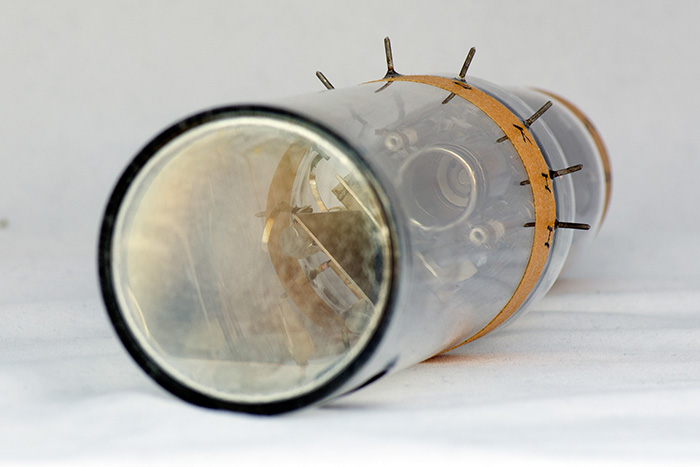 The precise moment when Bob confirmed his approach for producing a storage CRT is recalled by Pete Perkins in the video Tektronix CRT: A Look Back on our Video Gallery. Pete encountered Bob just after his Eureka moment at the Sunset plant. Pete's story comes about seven minutes into the video.

The next step was to create a phosphor screen that allowed for passage of the secondaries in between the phosphor particles. Bob's colleague, John Mepham, created a process where this could happen and still provide adequate brightness.

The Storage Story in the Spring 1966 issue of TekTalk has additional details on the development of the DVST and how it operates. This photo shows Bob with his prototype storage tubes. 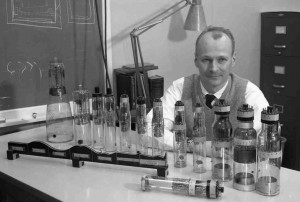 Previously storage tubes used two meshes mounted near the screen inside the CRT. This made conventional storage tubes much more complicated and expensive; they typically had poor production yields. Bob’s approach made it possible to relatively inexpensively manufacture large storage CRTs. Tek eventually made DVSTs for graphics terminals as large as 25-inch diagonal.