The 7403N oscilloscope was introduced in 1971 and phased out by 1975 being replaced by the faster 100 MHz 7603N.  The "N" nomenclature indicates it does not have on-CRT readout.  The 7403N takes two vertical and one horizontal plug-ins.  The museum has a military version AN/USM-281C which is a ruggedized 7603N on display.  It has different vertical plug-ins than the 7A15AN normally shipped with the militarized version. 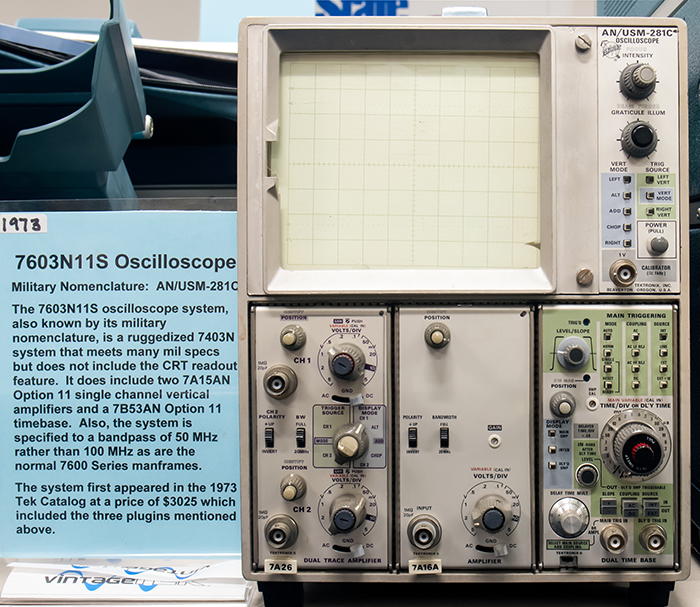 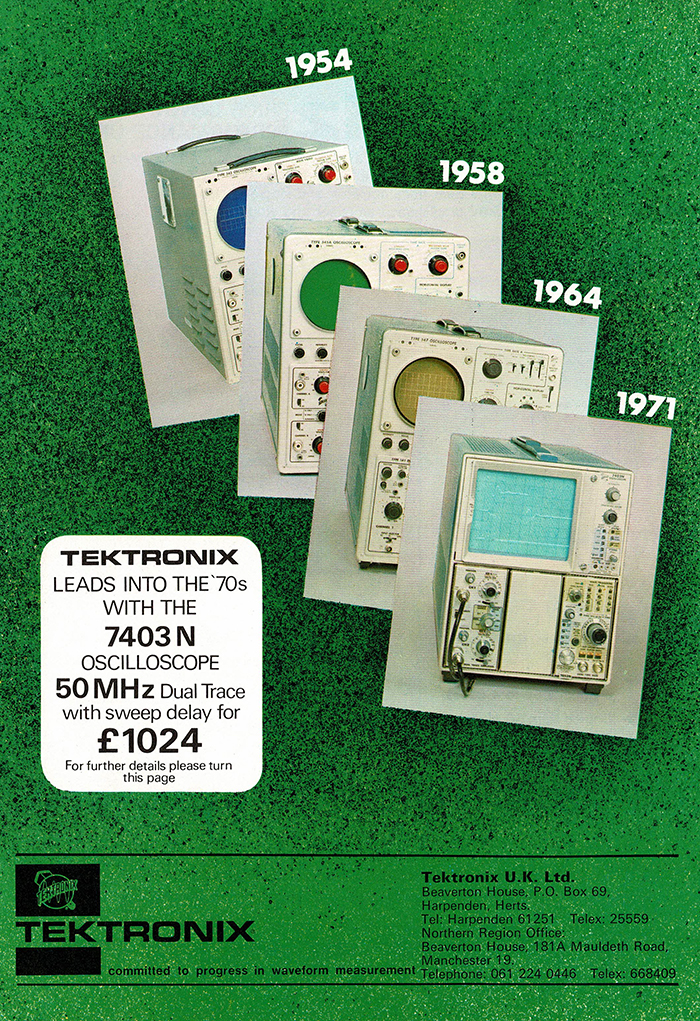 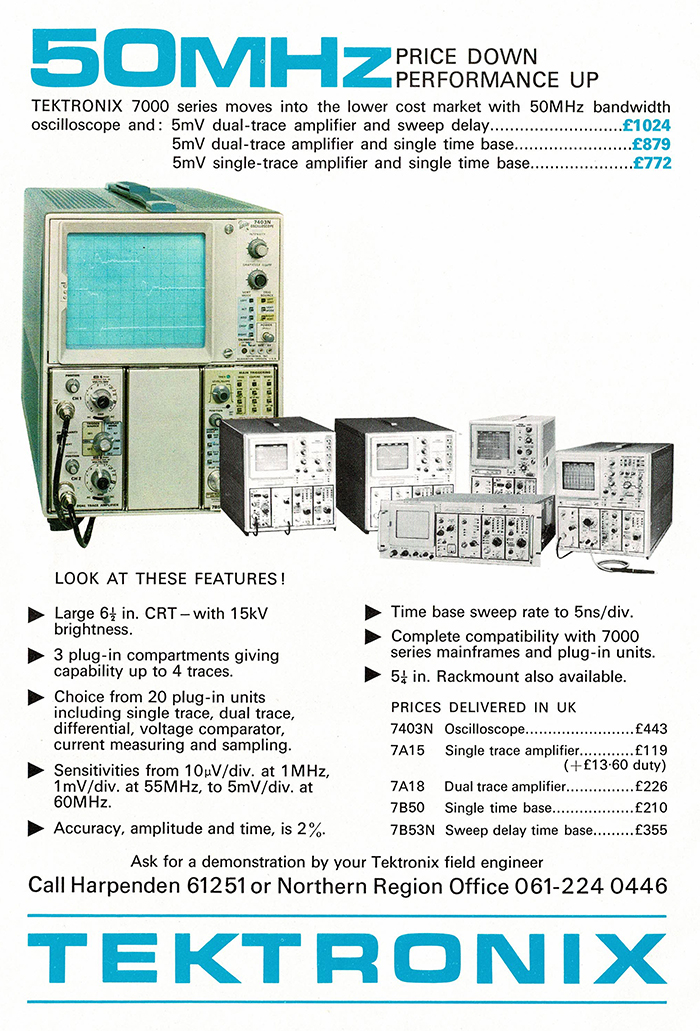