For years Tektronix oscilloscopes were the primary instrument used to verify and service mainframe and mini-computers. The Tektronix 310 was a standard IBM service tool, being small enough for IBM Customer Engineers to carry to individual customer's premises. The demand for portable instruments which could be carried on a plane and stored under the seat drove the development of the 453 oscilloscope.

It was realized that specific test aids were needed for advanced digital systems.  Tektronix developed the Trigger Trap Box which was a four bit word recognizer used to trigger an oscilloscope.  This was later renamed and released as the 821

A portable test aid was specifically requested by and developed for Burroughs. The need was only for 50 units so Tektronix reused existing tooling for the 200 series mini-scopes. This unit was became the 850 Techaid which the museum has. 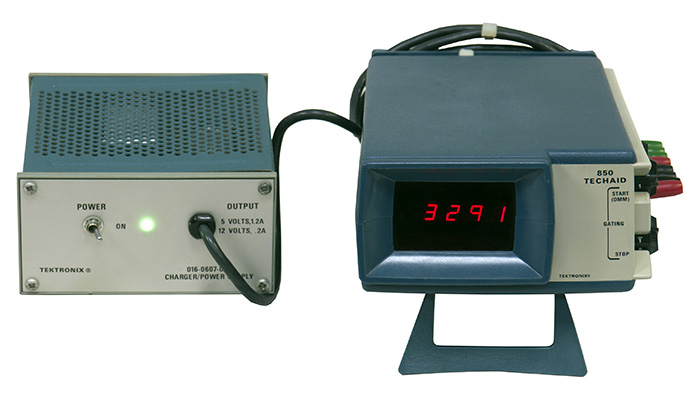 This instrument was designed for field service of digital equipment and has 22 different functions. It originally sold for $2055 with an optional $125 temperature probe. You could also purchase a "rain jacket" for $15. This May 20, 1983 TekWeek features the end of line for the 851 Digital Tester. 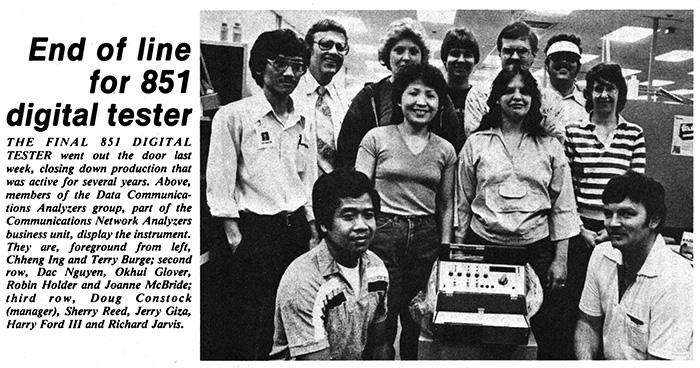 The museum has an 851 Digital Tester on display. 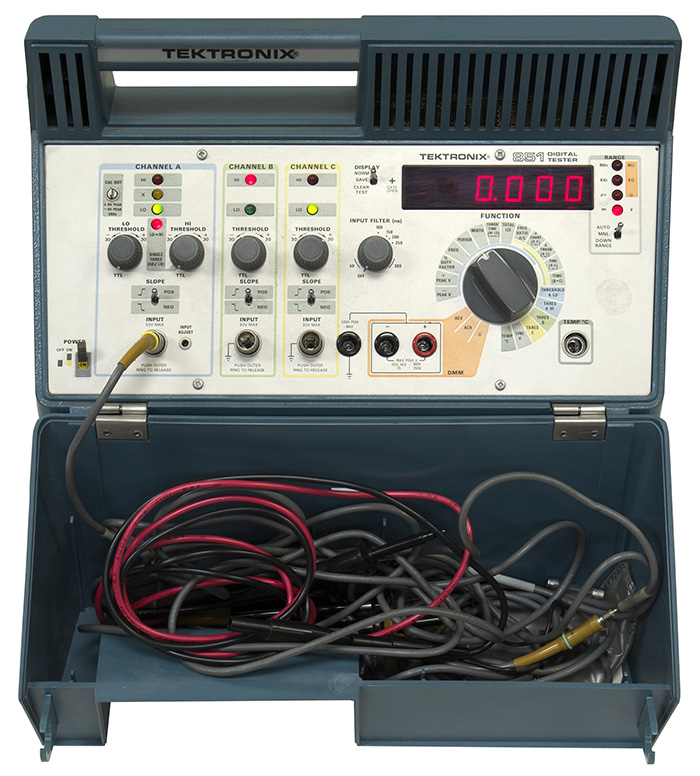