Bill Polits was born in Portland and graduated from Benson High School in 1946. He served in the US Navy and trained radar operators. He attended Oregon State University where Cliff Moulton was one of his instructors. He graduated in 1951 with a degree in Electrical Engineering. He worked as a Tektronix summer employee in 1950 and joined the company full time in 1951. 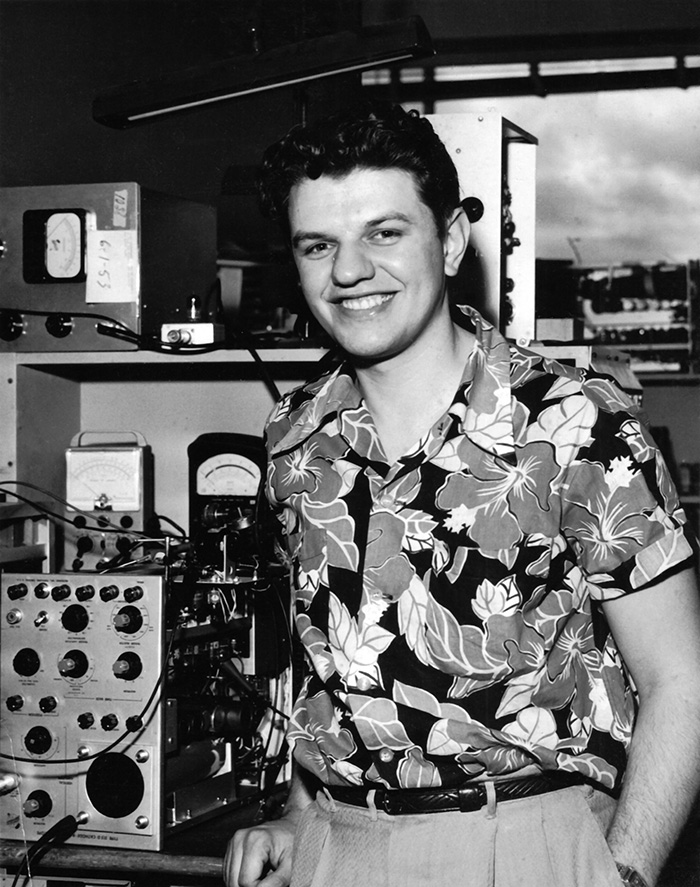 In 1956 Bill Polits worked with John Kobbe on the non-resonant passive probe design. In his 1984 interview with Jim Castles, Howard Vollum described his work (page 17):

“That was one of the most important things we ever did because, prior to that time, there was no practical way to get a high-speed signal into an oscilloscope. If you used an ordinary piece of coax you would get big reflections at the open end.

…Kobbe and Polits had the idea that if you made the center wire of the coax a resistive wire, the proper resistivity, you could make a probe that was critically damped and all the reflections canceled out. That was what made the 540 series oscilloscopes practical. Without the passive probe, I believe the 540 series would have been impracticable.

In the following years everyone used these instruments without any thought of where it all came from. We had patents (US Patent 2,883,619) on that and maintained them for a long time. We received royalties from that and licensed to make probes we didn’t want to make.”

Bill Polits also shared a US Patent with John Kobbe for a distributed amplifier design (US Patent 2,930,986).

This December 14, 1984 TekWeek features his retirement. Click on the image to view the PDF. 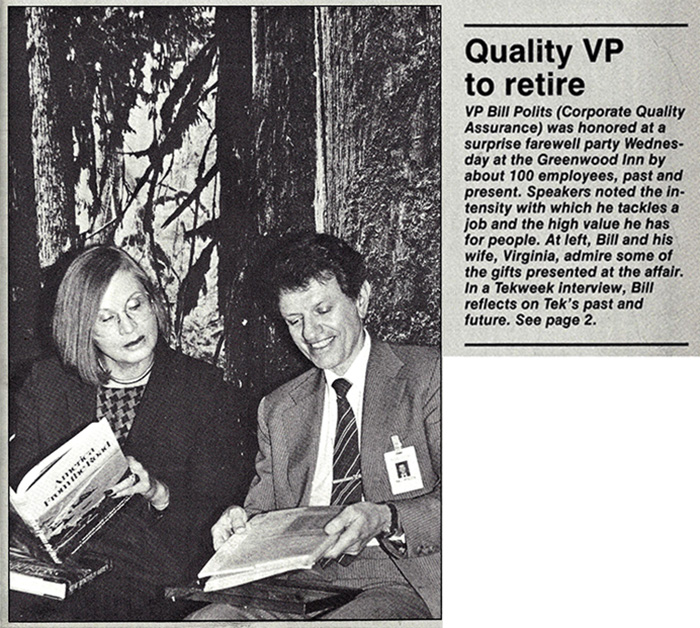 Bill Polit passed away in 2005 in Portland. 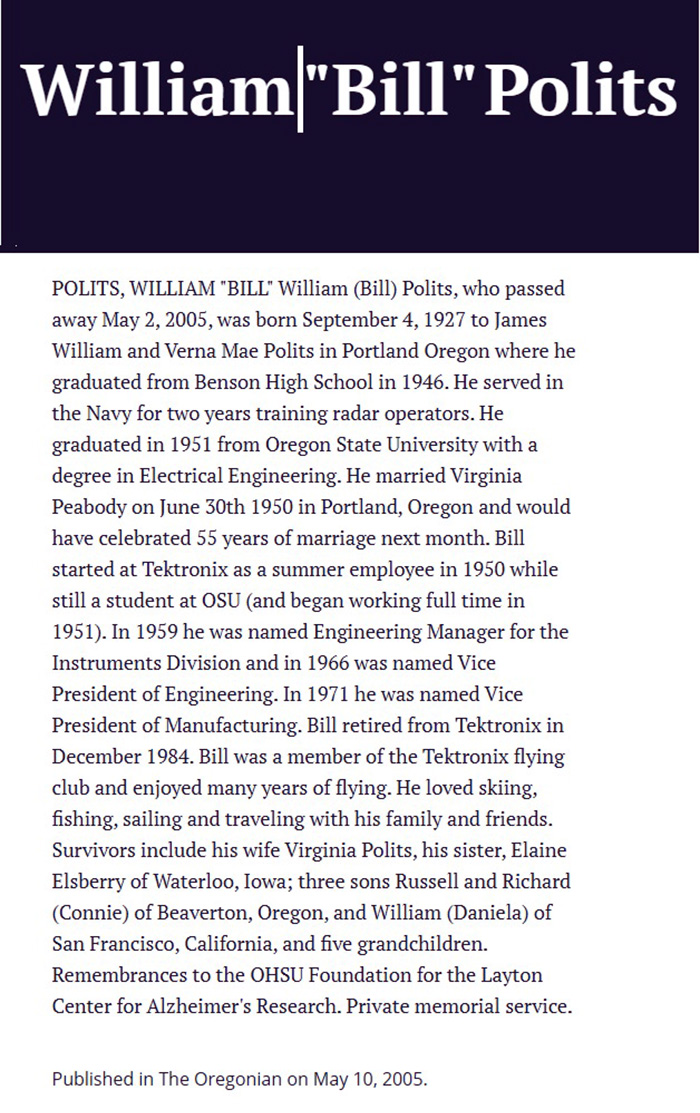