Charlie Rhodes was a legend in the television industry.  He is said to have put the "technology" in television.  The National Association of Broadcasters (NAB) said that “Charlie had a tremendous role in leading the transition from the analog system of the 1950s to the digital television system we know today.”

Charlie Rhodes (center) is in this 1965 WESCON show photo. 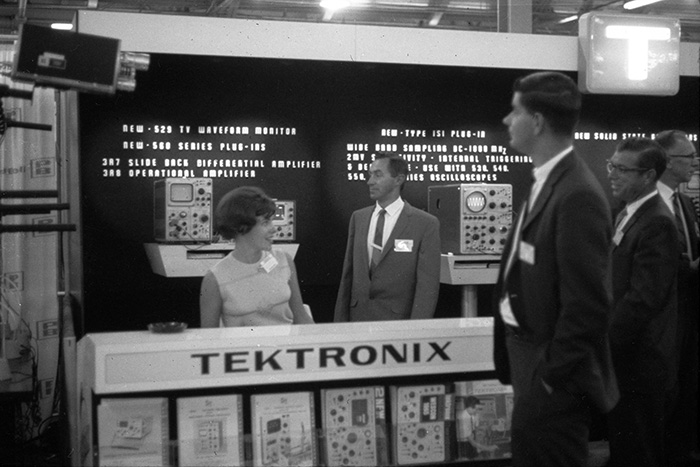 Here are three articles on Charlie Rhodes.  This July 25, 1969 Tekweek featured and article on Television Products used in the Apollo Mission.  Click on the image to view the PDF. 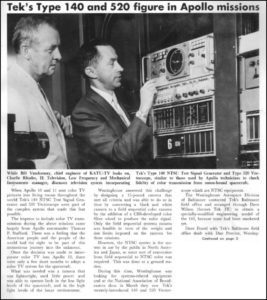 This August 18, 1972 Tek Talk features an Area Rep interview with Charlie.  Click on the image to view the PDF. 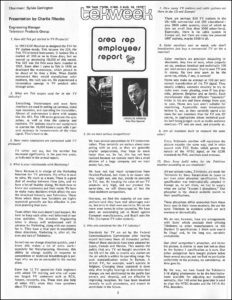 This May 22, 1976 article in the Oregonian features Charlie accepting an Emmy from the National Academy of Arts and Sciences for 1975-76.

This July 3, 1980 TekWeek features Charlie Rhodes being honored by the IEEE as a named Fellow.

The date an publication of this Engineer V profile on Charlie is unknown.  Click on the image to view the PDF. 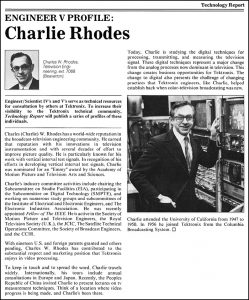