Connie Wilson was an engineer in CRT.  Peter Keller, a former Tek engineer who wrote an encyclopedic review of CRT technology, mentions how he very much admired the T5470 electron spot quality, especially compared to competing HP CRTs of the time.  Connie was the designer of that CRT.  (Peter Keller, The Cathode-Ray Tube: Technology, History and Applications Palisades Press, 1992, p. 114.)

This March 5, 1965 TekWeek highlights Connie in an Oregonian article as a female engineer. 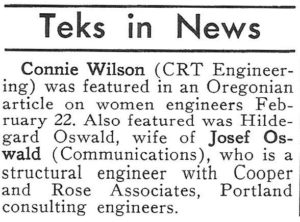 This The Oregonian February 22, 1965 article mentions Connie Wilson as part of their women engineers story. Click on the image to view the PDF. 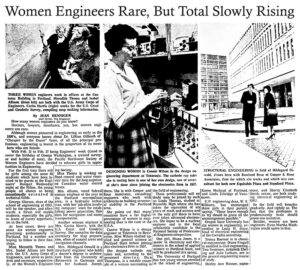 This September 27, 1974 TekWeek article features a recognition for Connie. 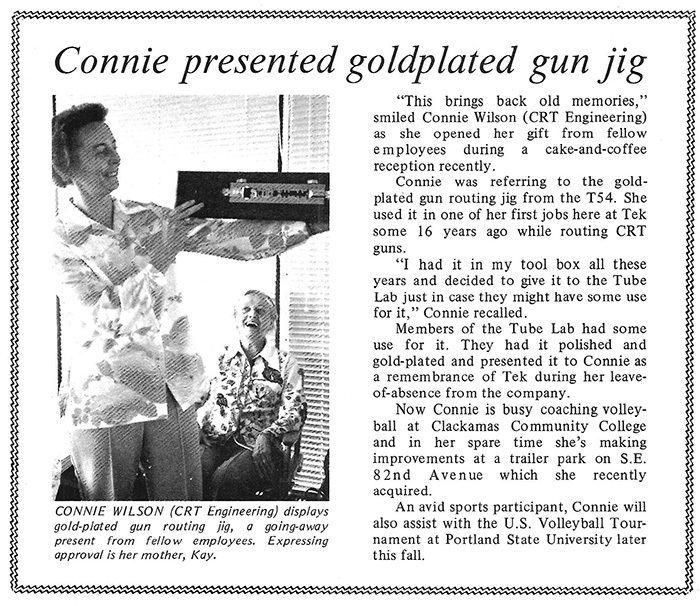 In 2018, Tektronix created the annual "Connie Wilson Award" to recognize those within the company raise the bar in engineering. The Tektronix announcement is at www.tek.com/en/blog/lets-celebrate-international-women-engineering-day-and-teks-own-connie-wilson  External site

The Oregon Masters Swimming site can also be viewed in this PDF. Click on the image to view the PDF. 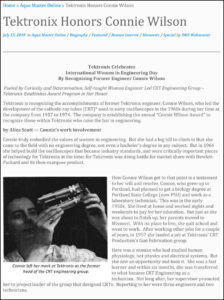