Dick Ropiequet joined Tektronix in October of 1949.  His first projects were the 160 series and the 122 low frequency low level preamplifier.  He was the first Tektronix engineer to receive a patent.  This May 1953 TekTalk article introduces Dick. 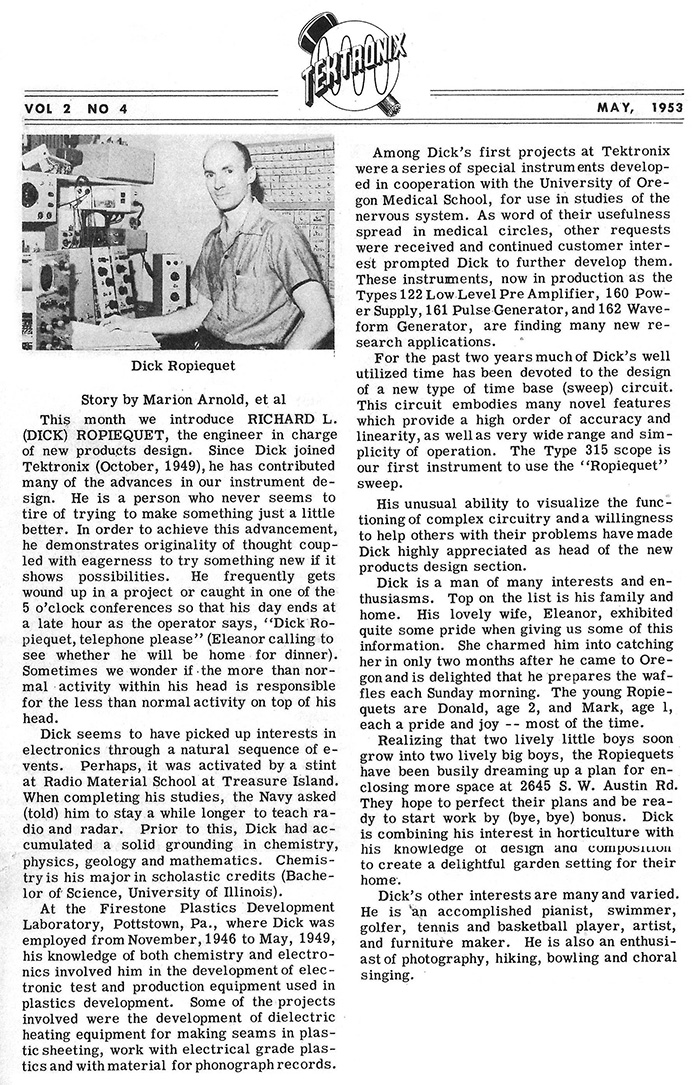 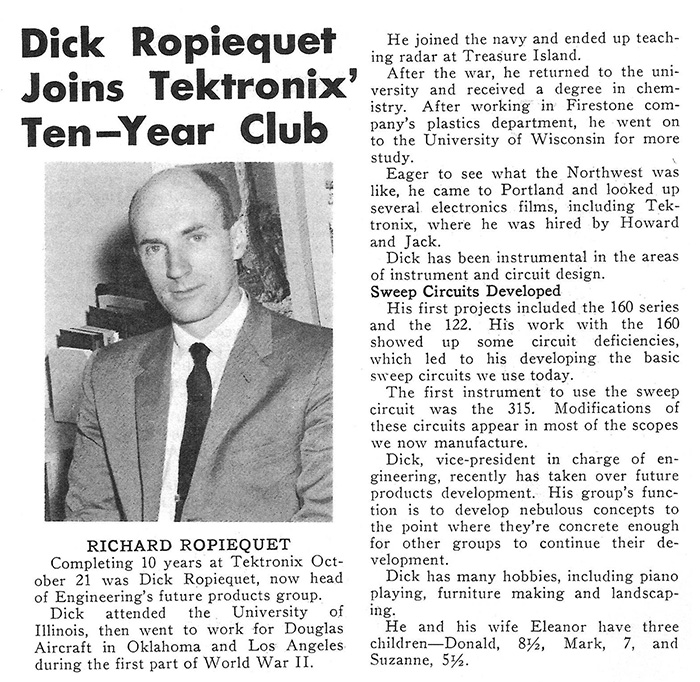 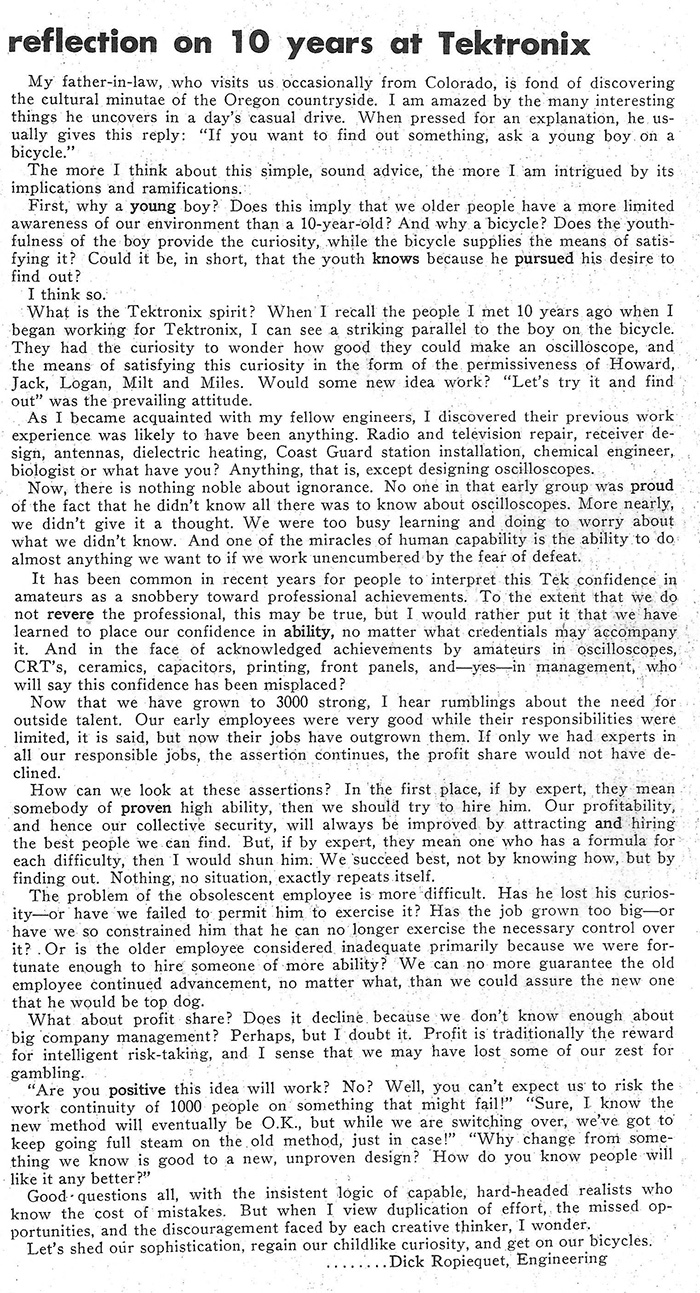 This following rules for rational research document was contributed by John Mepham who worked for Dick Ropiequet in the early 1960's. Dick developed these "rules" around the time of the storage tube development and introduction. John added the last handwritten rule to the list: "Serendipity - If we don't get what we want maybe we've got something anyway". 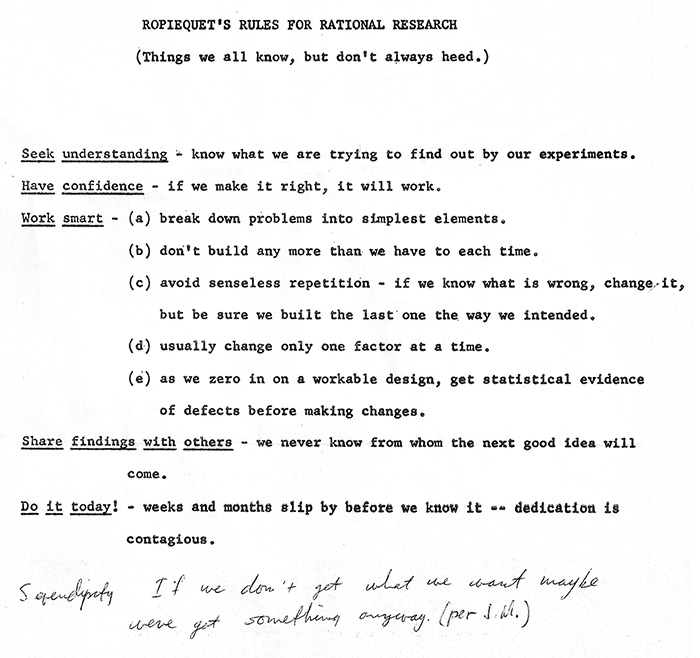