Sometime in 1972 Thor Hallen started thinking about a new way to measure S-parameters on microwave devices. The traditional approach was to do the testing in the frequency domain using a swept frequency test signal. Thor’s idea was to do the measurement in the time domain by using a step function as the test signal and then converting the result to the frequency domain via Fourier transform. The basic premise being that a step function would contain all of the frequency components required for the test. The goal was to create a simpler, less expensive alternative to an HP swept frequency instrument.

Ron Peltola and Dave Squire were hired in 1973 as the first members of the development team. In 1974 Jim Kellogg. Dave Armstrong, Bill Randle, Norm Kerth, Glen Bateman and Bill Trent were added. In 1975 Ellis DuPuy and Dave Hendry joined. Don Smith and Elvin Gudmumdsen would do the mechanical design.

Thor launched the development in a memo on September 13, 1974. (just noticed that was a Friday) The product was named the Digital Network Analyzer- DNA.  Team leaders for subsystems were: Data Acquisition-Glenn Bateman, Digital Processor-Dave Squire, Monitor-Bill Trent. By this point the architecture of the DNA was completed as shown below. The very ambitious goal was to show the product at WESCON 75.

The DNA was to be able measure up to 100Mhz with no more than 20dB noise.

The basic architecture consisted of a sampling front end with a 5ns sample rate. The samples went through an A/D converter to a Fourier transform processor and then to memory. The stored data was then processed for display. The fold out control panel and display were to be entirely digital. The overall control of the instrument was managed by an Intel 4040 four-bit processor. The Fourier transform was handled by a Motorola bit slice processor array. Since the data was to be displayed in rectangular or polar plots a Chordic technique was used to do the transform. External control of the DNA was via a GPIB interface. Click on the image to view the PDF. 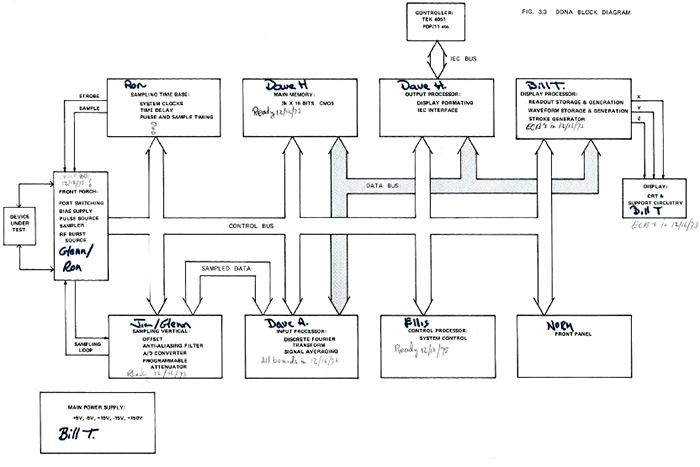 So, we went to work. We did not make WESCON 75. On April 20,1976 we did a demo of the unit to Tektronix senior executives including Howard and Earl. We ran the demo from a 4051 using the GPIB interface. All of the digital functions were working. The analog sampling system was running but had various noise and time base linearity problems. By June 3, 1976 we had enough of a prototype running to have a Product Proposal approved by Tom Long. On February 4, 1977 we did a demo for all of the senior engineers and managers.

On March 18, 1977 Dave Squire sent a memo to Dave Friedley (Tom Long had swapped Dave and Thor’s positions) outlining the problems of the DNA (now known as the 1505).

As you can see, we had significant problems with the whole sampling front end. Many of these problems were solvable given enough time and resources. What it finally boiled down to was the mismatch error of the DUT connectors. Ellis DuPuy did an analysis that showed that to achieve the noise level we needed at 100Mhz would require connectors with VSWR specs that were not achievable. We could get good performance up to about 4MHz.

An attempt was made to see if the two prototypes could be used as tools somewhere in Tektronix but in May 1977 the project was officially cancelled.

Even though the ultimate goals of the project were not achieved there were some significant accomplishments. The front-end sampling system was state of the art. This was the first application of microprocessors at Tektronix - the Intel 4040 and the Motorola Bit-slice processor. This was the first all-digital front panel and display used in an instrument. This was the first instrument to implement the GPIB interface. The biggest lesson was figure out if you have to violate laws of physics before you start the project. 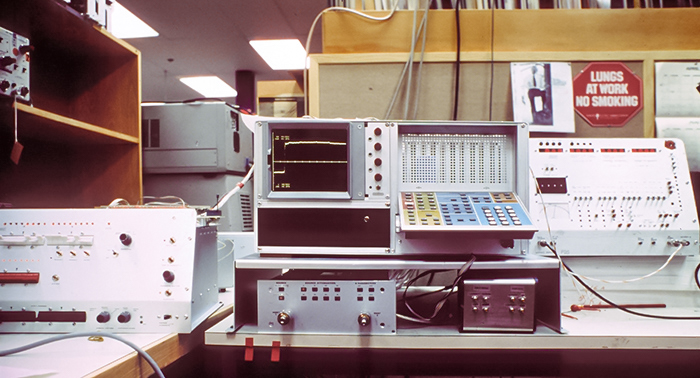 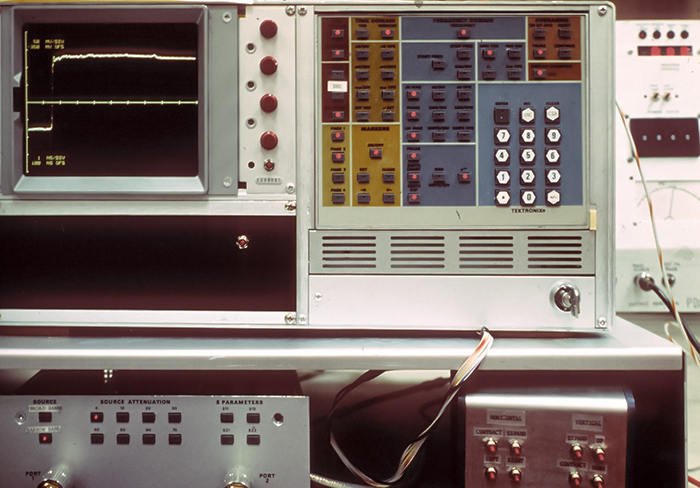 After the project was cancelled some of the team moved on but a core group stayed to work optical TDRs. That eventually led to Ellis DuPuy co-founding Photon Kinetics. 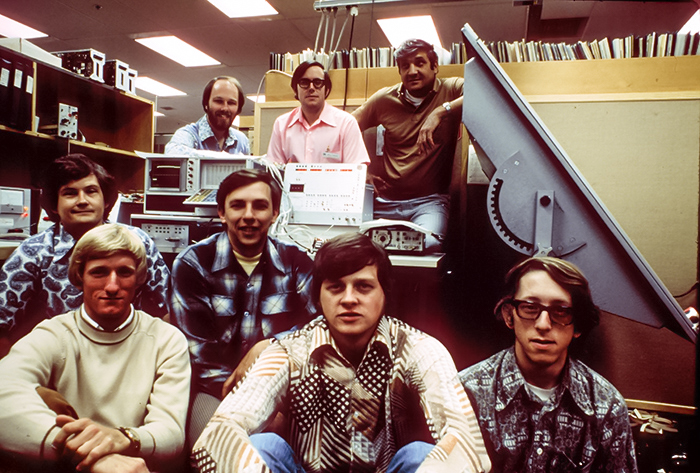