In the five years preceding 1956, Tektronix sales in Europe increased more than 10 times and caused management to focus attention on this market sector. This sales increase reflected the rapid recovery and growth rate of Europe and the United Kingdom following World War II. In view of this, and because of the policy to provide the best and fastest service possible to its customers, the decision was made in early 1958 to establish an overseas manufacturing and assembly operation.

There were other advantages to be gained by such a move. The proximity of a manufacturing facility to the Common Market and European Free Trade area, and producing the same scopes as Beaverton, would enable shipping instruments and parts to our customers faster, provide much needed customer training, and save customers time and money. This image from a 1969 booklet shows the shipping routes. 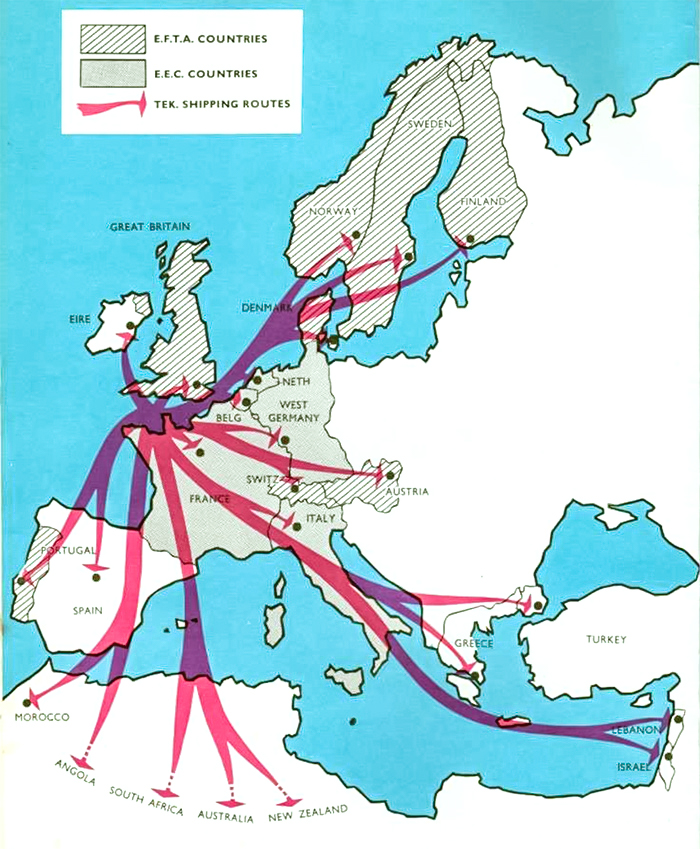 For the first operation of this type management wanted to ensure minimum communications problems. Since the four individuals who started the company were not bilingual, location in an English-speaking area would simplify their jobs considerably.

The only two English speaking areas are the British Isles (England, Scotland, Wales and Ireland) and the Channel Islands. Guernsey, in the Channel Islands, had the best overall combination of benefits including sufficient numbers of potential employees, year-round air service, favorable corporate tax structure,  and immediate availability of a building for the company to begin operations.

This September 1, 1958 article in the Guernsey Evening Press describes the ambitious project.

This January 1959 issue of TekTalk article describes the selection of Guernsey.

This January 28, 1959 article in the Guernsey Star provides more information on the project.

This January 29, 1959 article, source unknown, shares insights into Al Hannmann and the staffing of the facility.

The cover of this March 1959 issue of TekTalk is devoted to Guernsey.  Click on the image to view the PDF. 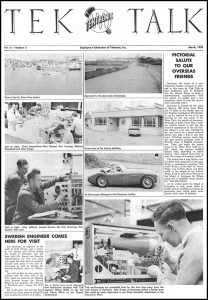 This January 24, 1960 article, source unknown, describes the expansion plans for the site. Click on the image to view the PDF. 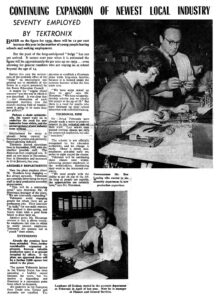 This 1960 Tektronix Photo Album is of the 28 employees of Guernsey. Click on the image to view the PDF. 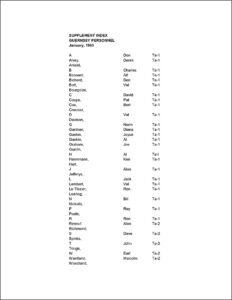 The first Tektronix building was a former weaving mill located on Victoria Avenue and occupied from 1961 to 1963. 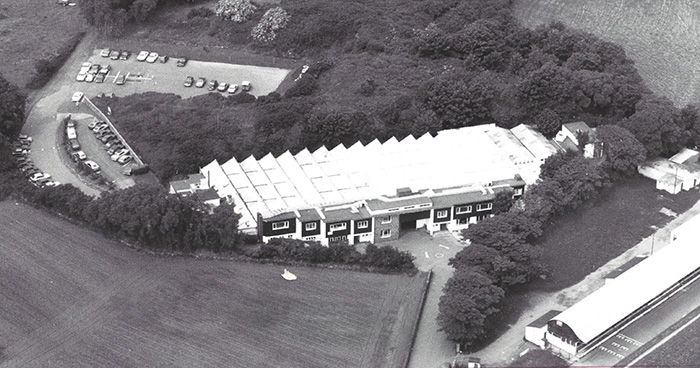 This highlighted building is the location of the the Tektronix Guernsey Ltd office.

Al Hannman was the General Manager of the Guernsey facility and he is transporting Tektronix products on his Austin Healey luggage rack. 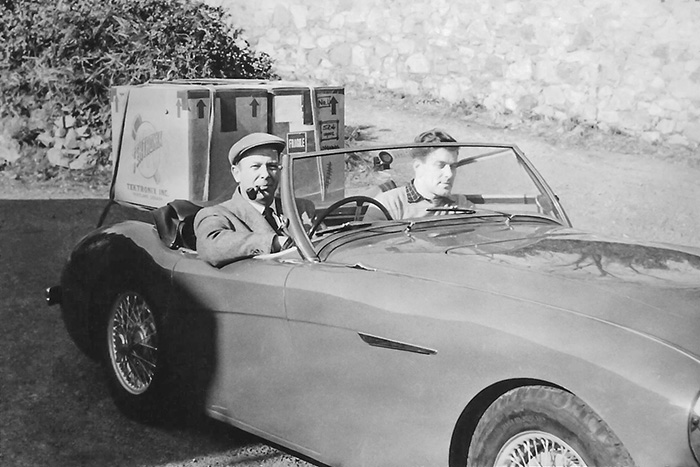 This photo shows key personnel for the Guernsey operations. 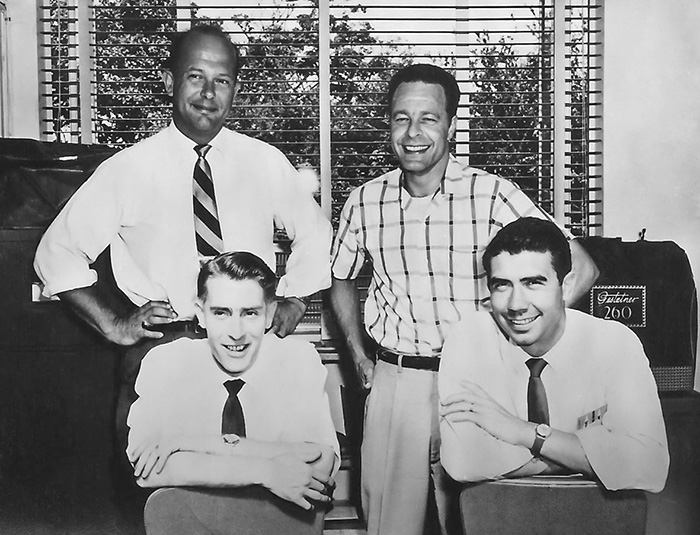 This September 1963 Organization Chart identifies the managers in operations.  Click on the image to view the PDF. 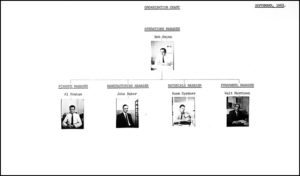 This October 26, 1963 roster lists the employees at Guernsey. Click the image to view the PDF. 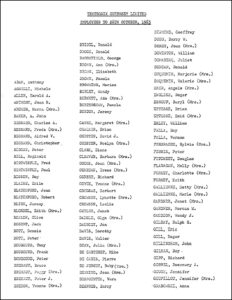 This September 11, 1964 TekWeek article provides more information about the Guernsey site and operations. 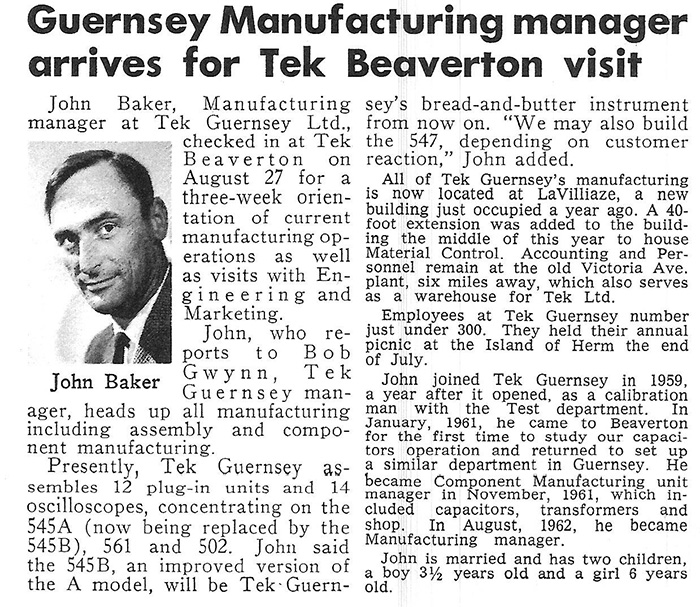 Tektronix engaged Wolff & Zimmer to design a building on La Valliaze Road closer to the airport.  They moved operations from the Victoria Avenue building to the La Valliaze Road building in 1963.  This building is currently occupied by Spacesavers and can be seen on Google maps at 49.438399, -2.596475.

Tektronix Guernsey would organize an annual picnic on Herm for its employees with free food and non-alcoholic drinks. Herm is an Island that is part of the Bailiwick of Guernsey. It lies approx 3 miles east of St Peter Port and has beautiful beaches, one hotel, a pub and a harbor. There is a small resident population.

There would be lots of organised activities on Shell beach and the Common for all ages. The Miss Guernsey Competition was run along the lines of the Miss World. It was quite appropriate in its time and enjoyed by everyone. This photo is from 1965. 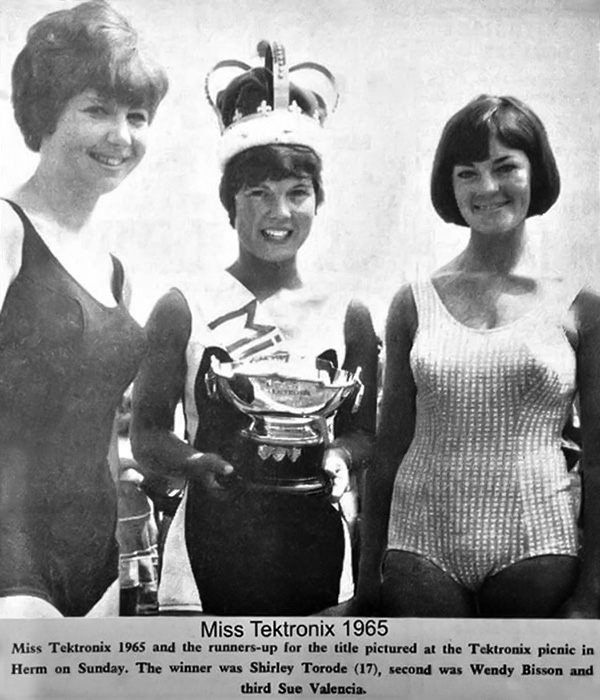 This September 17, 1966 roster lists the employees at Guernsey. Click on the image to view the PDF. 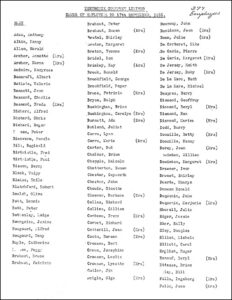 This 1966 Booklet provides an introduction to Guernsey and was used to highlight the operation. Click on the image to view the PDF. 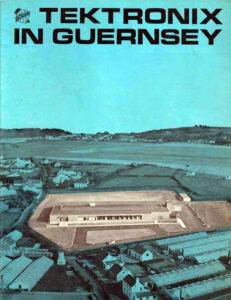 This contest photo is from a picnic on Herm in 1968. The blond in the center is Rosalie Tinsley. 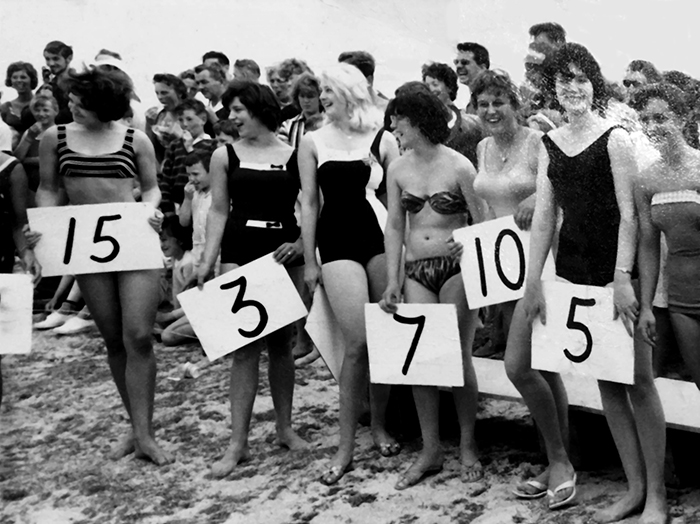 This 1969/70 Booklet provides an overview of Guernsey and was used to highlight the operation. Click on the image to view the PDF. 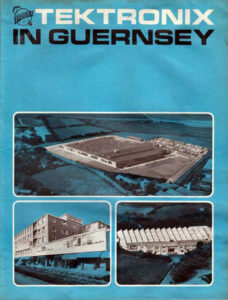 Howard Vollum visited the Guernsey facility and is shown here with multiple cameras. 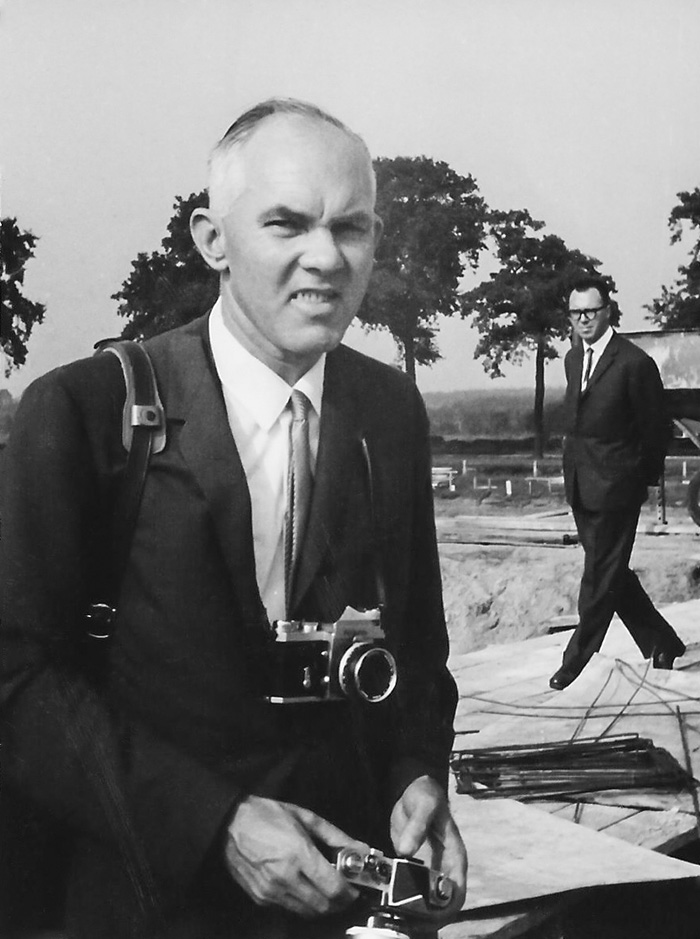 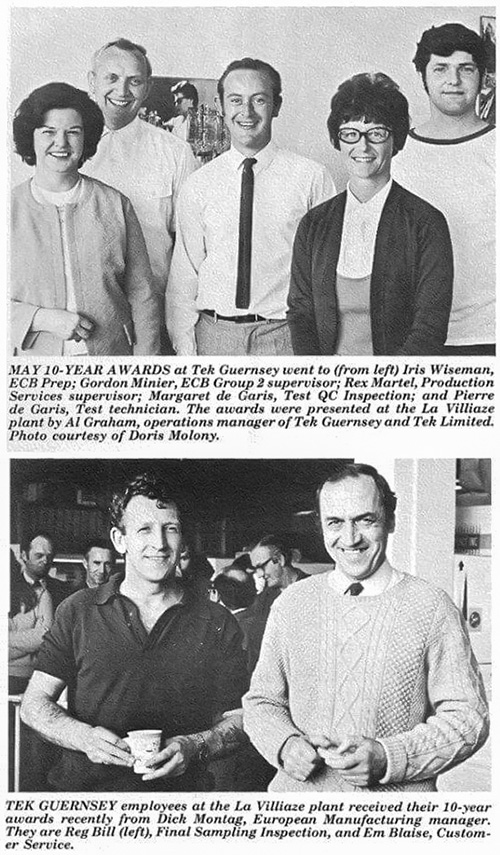 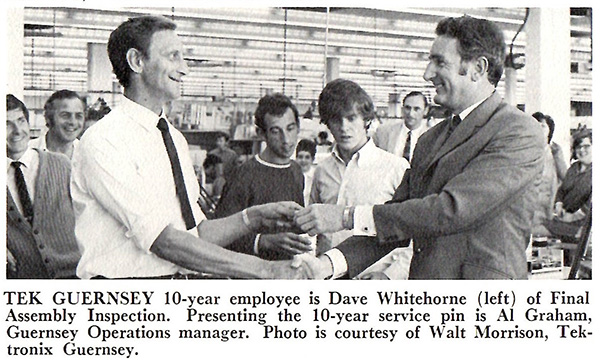 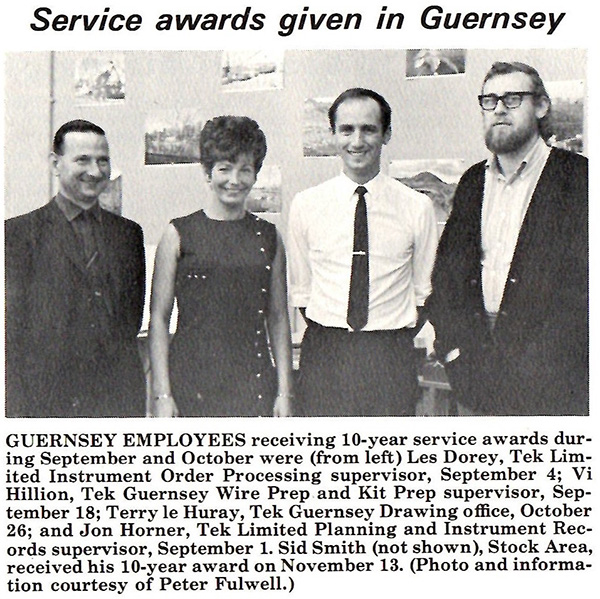