In 1953, Hiro Moriyasu traveled from his home in Japan to pursue engineering at Oregon State University. Hiro began working at Tektronix in 1959 and his career at the company spanned more than 25 years. This image of Hiro is from the Employee Photo Album. 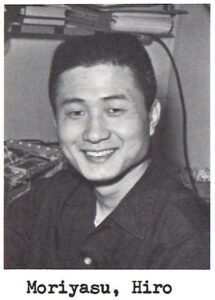 This March 10, 1961 TekWeek article announces the birth of his daughter Tamae. 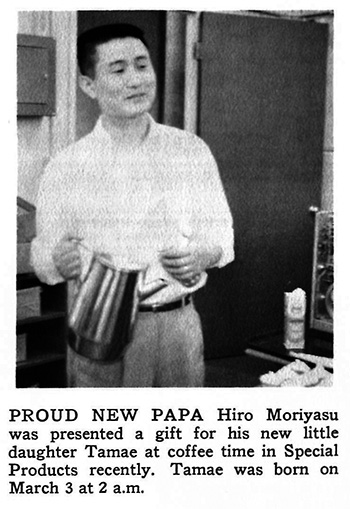 A September 22, 1961 organization roster lists Hiro as an engineer in Chuck Nolan’s Special Products group in Bldg 81. Hiro published this Notes on Operational Amplifier Applications in January of 1962. Click on the image to view the PDF. 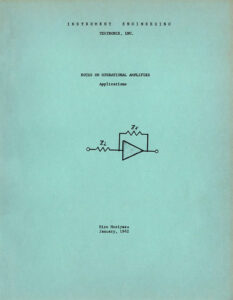 A September 1, 1969 organization roster lists Hiro as the manager of Advanced Circuits and Techniques Group on the third floor of Bldg 50, reporting to Wim Velsink, manager of Advanced Products Development group reporting to Bill Walker. This April 7, 1969 memo to Bill Walker describes the need for increased computing resources in engineering. Click on the image to view the PDF. 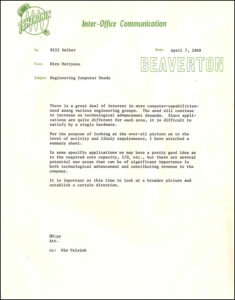 A January 1970 roster lists Hiro in Advanced Concept Design in the Laboratory Scope Product Group managed by Wim Welsink. This January 1971 issue of TekScope features Hiro demonstrating the new 7D13 Digital Multimeter and 7D14 Digital Counter plug-ins for the 7000 series of oscilloscopes which provide new measurement capabilities. Click on the image to view the PDF. 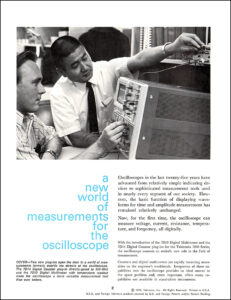 Hiro was instrumental in the development of the Digital Processing Oscilloscope. This March 23, 1973 TekWeek features the introduction of the 7704A with the P7001 processor. Click on the image to view the PDF. 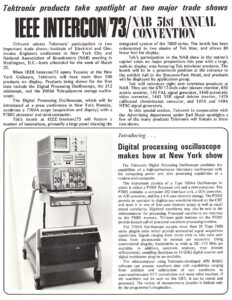 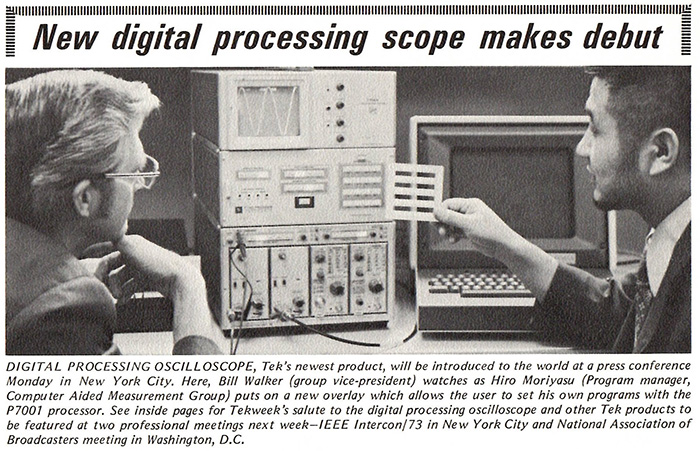 This reprint from the March 15, 1973 Electronics features the Digital Processing Oscilloscope 7704A with the P7001 processor. Click on the image to view the PDF. 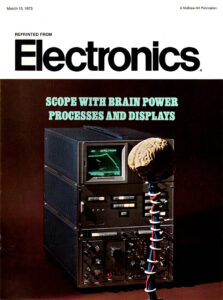 This undated 1970s photo shows Hiro on a trip to Japan with Bill Walker. 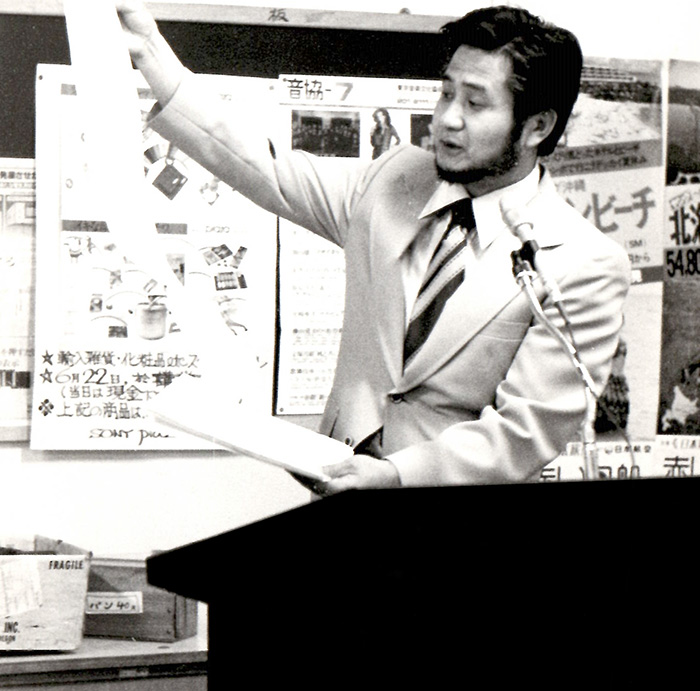 A June 18, 1975 roster lists Hiro as manager of the Calculator Engineering group in the Information Display Division. There he was responsible for the development of the 4051 Graphic Desktop System, the world's first graphic desktop personal computer.

This January 30, 1976 Tekweek announces Hiro's departure to Beaverton to become part of the Service Instruments Division engineering staff. There he worked for Rod Bristol along with Mike Cranford, Cal Diller, Dave Allen, and Al Zimmerman.

This December 5, 1980 TekWeek features the 5th "birthday" of the 4051 with Hiro second from the left. Click on the image to view the PDF. 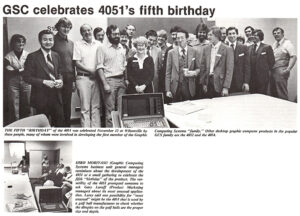 These two photos of Hiro are undated. 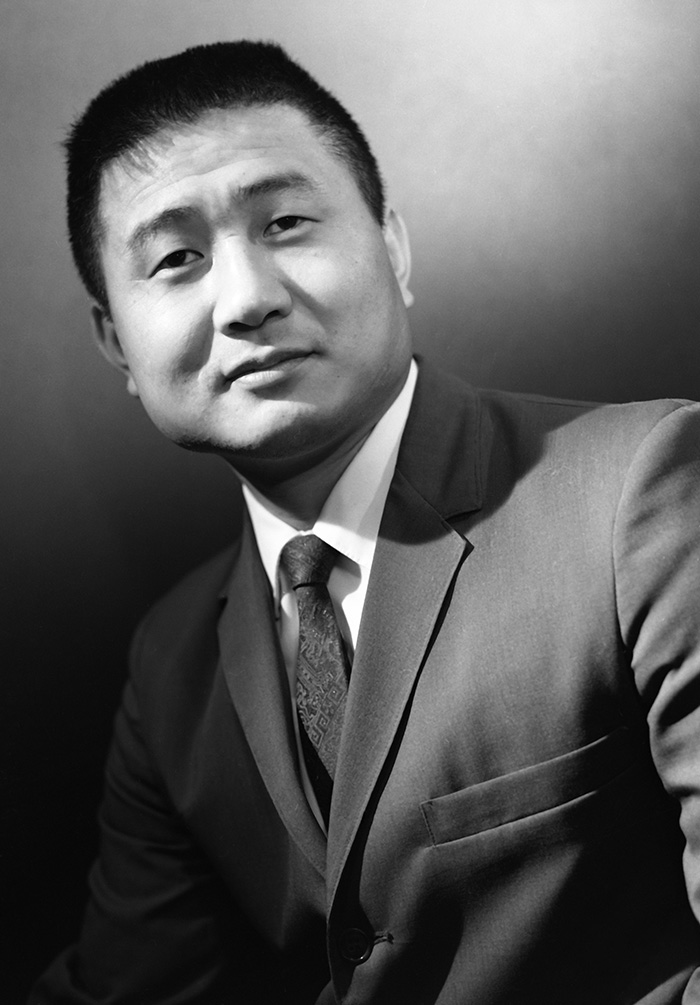 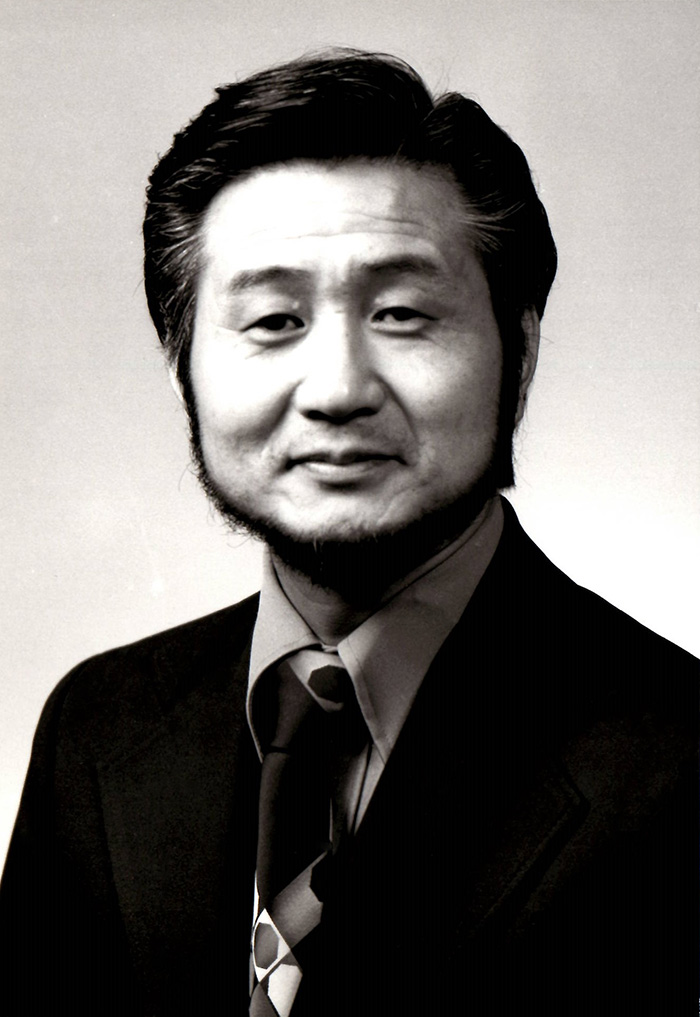 Hiro received 12 patents while at Tektronix and a total of 20 patents in his lifetime. The TRVP (Tek Retiree Volunteer Program) website has photos of Hiro's retirement party. External website

Upon leaving Tektronix, Hiro spent two years at Electro Scientific, Inc., before moving on and founding two companies, Zeelan Technology and Acumar Technology. Hiro died in July 2005. This obituary appeared in the Oregonian. 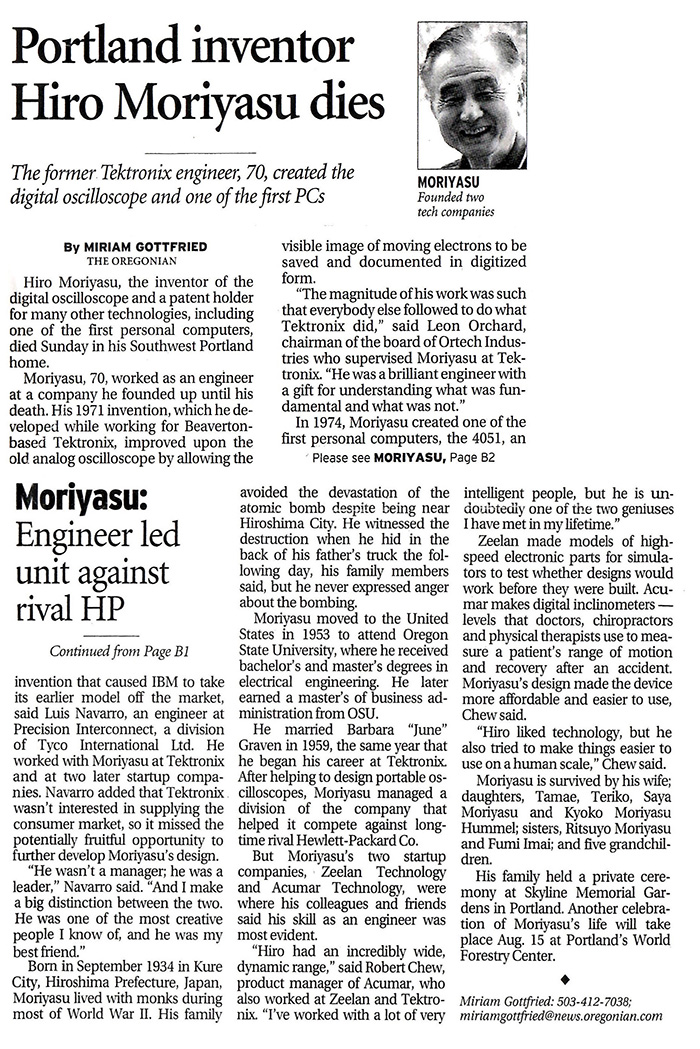