The museum was able to acquire a non-working Russian 31LN4 copy of the 11" DVST CRT.  Although shipped complete, it arrived with the neck was broken off. Although inoperative, it does allow a good inspection of the interior of the funnel.

This loose translation of a Russian webpage gives some details on the CRT.

This CRT was made by the Fryazinsky plant "Platan" in December 1988.

I have repeatedly said regarding Tektronix CRTs that the manufacture of the cones made of ceramics is a purely Western tradition and for some reason this has not taken root in our country but here is a domestic CRT with a ceramic cone!

The tube has one more interesting feature - the terminations of the target and the other electrodes are made through the cone where it is convenient from the point of view of the internal design. Outside the ceramic tracks are made of conductive material (the humps from them are clearly visible under a layer of paint on the ceramic). The dark high-contrast glass of the screen deserves special mention.

The scope of CRT is unknown - but I believe that this is some kind of aviation (ground or airborne) equipment.

This photo shows the Tektronix blue DVST on the left and the Russian 31LN4 DVST on the right. 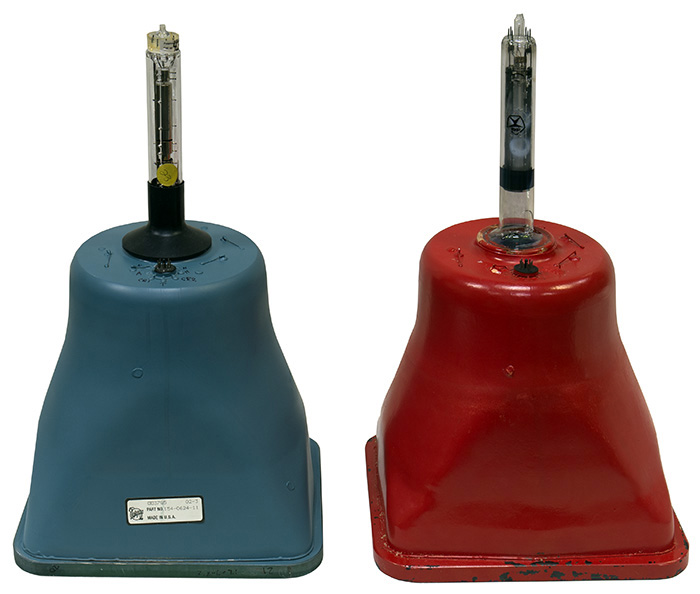 The shape of the ceramic funnel is slightly different but the details of the internal electrode connections and other details in the ceramic are identical.

The faceplates of the two CRTs are a bit different. The Russian faceplate shows some defects due to the loss of phosphor due to the evacuation of the CRT.  It also shows a burned-in grid pattern that shows poor linearity as well.

The gun structures are different between the two CRTs. The Tektronix gun with the insulating rubber boot is shown on top and the Russian gun is shown on the bottom. 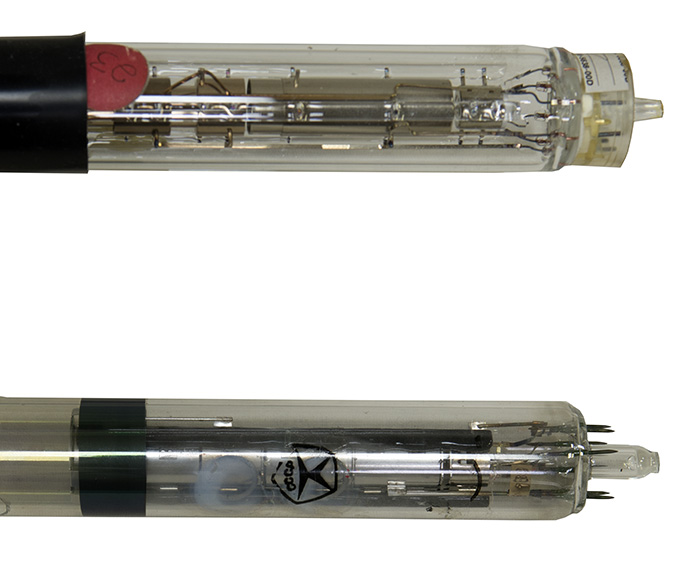 We were not aware that Russia had "cloned" an 11" DVST.  While the physical construction of the ceramic funnel is identical, there are some electrical differences.

The 611 display used two adjustable voltages on two internal wall bands to focus the flood guns and produce a uniform screen coverage and brightness of the stored image. In later products, like the 4010, it was found that you could use the same voltage on both wall bands with good results and eliminate one adjustable supply voltage. Both wall bands were retained for backward compatibility but externally tied together on later products. This Russian DVST did not need backward compatibility to the 611 so they just made one continuous wall band that covered both areas. The two wall band pins on the storage connector are shorted together internally.

The grid and cathode of the writing gun are reversed but the flood gun connections are the same. This is the original specification for the Russian 31LN4 DVST. Click on the image to view the PDF. 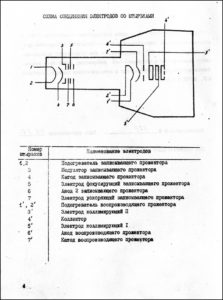 This is our best efforts at translating the specification into English. Click on the image to view the PDF. 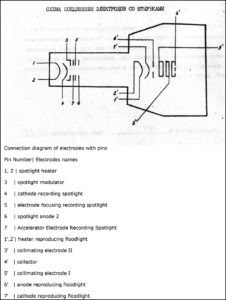 This paper was presented at the 1981 Symposium On Microprocessors and Microprogramming and describes a terminal based on the 31LN4 DVST and contains the quote "a bistable direct view storage tube 31LN4 with parameters equivalent to the well-known Tektronix 611 tube is used".  Click on the image to view the PDF (external website). 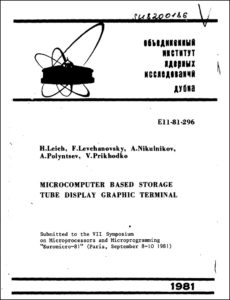 We were able to acquire a second 31LN4 DVST and this one arrived intact. We installed it in a 4051 but the writing and flood gun emissions were too low to display an image. This photo shows Bruce attempting to reactivate the flood gun cathodes with over-voltage on the heaters. Although this brings the flood gun emission up to a suitable level, it is not sustainable. This may be the only green we will ever see on the screen. 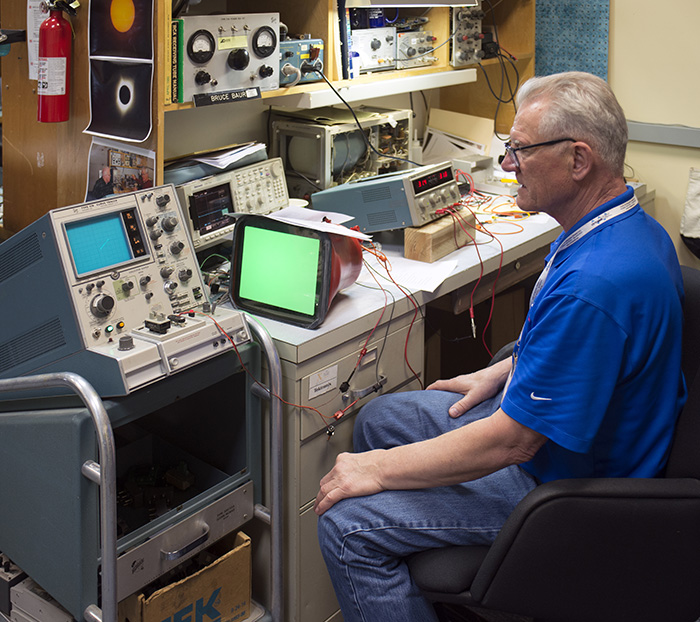