The museum acquired a mid 1980s DEC PDP-11/34A computer with a 512x512x24 bit color frame buffer that was used for early computer graphics research in Tek Labs.  The computer and frame buffer required restoration and the system is fully operational.  The museum has about 24 disk packs with various graphic images.

In addition to this color graphics research, Tektronix Chief Scientist Gerald (Jerry) Murch also used this system for color perception studies which ultimately resulted in a technical paper for the United Nations.

The PDP 11/34A is displayed in the rear of the classroom where our larger exhibits are found.  In this photo you can see the PDP-11/34A on the right with the with the frame buffer and HR650 monitor on top.  The 4051 on the table used as a console and is also equipped with a 4957 tablet and a 4662 8 pen plotter.  To the left of the 4051 is a 4010 graphics terminal which runs a continuous demo of plot files. Immediately behind the 4010 is an XP-27 Color X-Terminal (aka Penguin).  Against the wall left to right is our 1968 prototype of the Transmission Electron Microscope (TEM), a 4023 terminal and Microprocessor Development System, and the DEC PDP-8E thick-film laser trimmer from Tektronix Hybrids Component Organization (HCO). 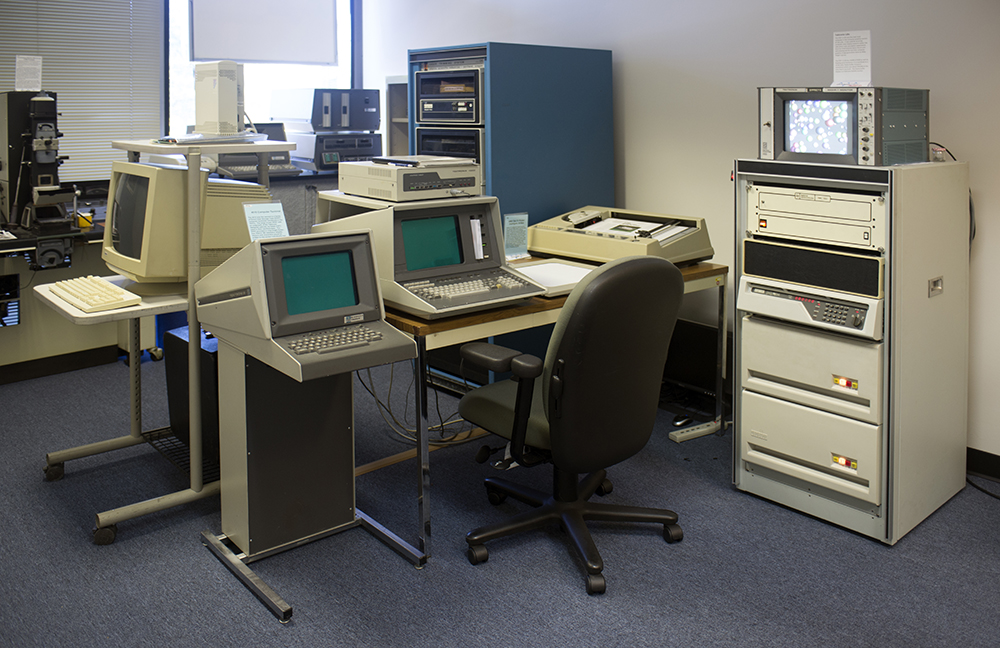 The PDP-11/34A requests the time and date upon booting.  Since this is not Y2K compliant the year is set to 1997.  The initial OMSI Pascal program would take approximately 5 minutes to transfer the data from the disk packs to the frame buffer.  Later Greg Hoffman and Micheal Cranford wrote an assembly language program that reduces the transfer time to about 45 seconds.

This image shows the frame buffer display of shaded spheres. 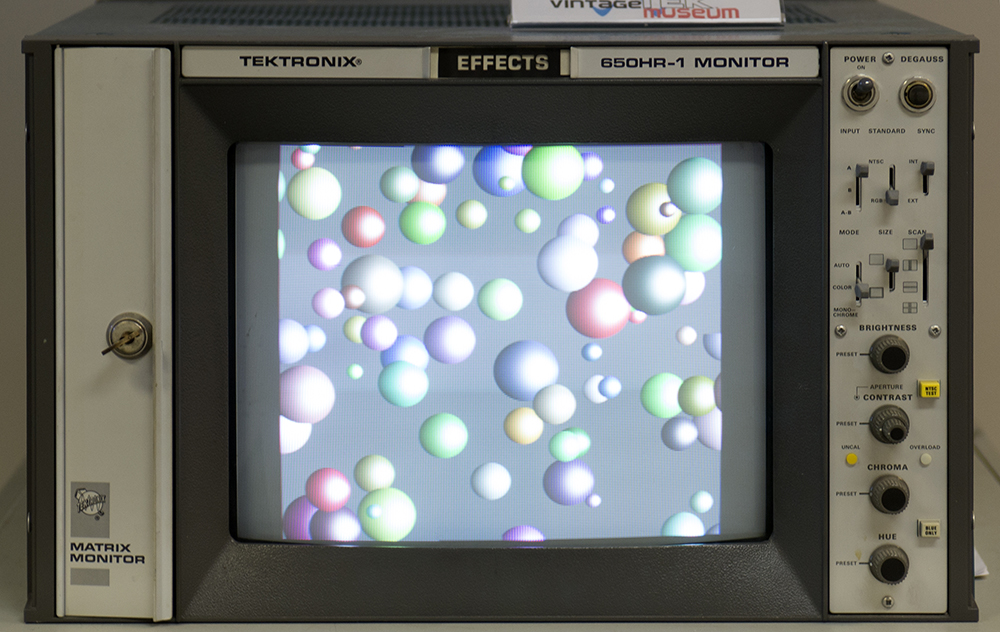