Tektronix has had a long history of deep partnerships with universities.   In 1951 Tektronix began to donate oscilloscopes to educational institutions. The Tektronix Foundation was formally established in May of 1952 to manage charitable donations.  Tektronix had formed a partnership with Oregon State University for a Masters Program where they brought the instructors to teach the classes at Tektronix.  A Key University program was established to deepen the relationships with universities.  Oregon State University was one of the Key Universities and Tektronix had donated much equipment to the Electrical and Computer Engineering (ECE) Department.

This relationship deepened in 2000 when Tektronix agreed to fund the start of a program called TekBots with a grant of $500,000.  The program was intended to give students a hands-on experience in their Freshman year and give them opportunities to increase their design, troubleshooting, and teamwork skills.  As they took EE courses and learned new technologies, they would then augment their TekBot with new technology.  A course in DSP would lead to cameras and vision processing being added to the TekBot while a class in RF would lead to wireless communication.

The museum has an early TekBot on display. 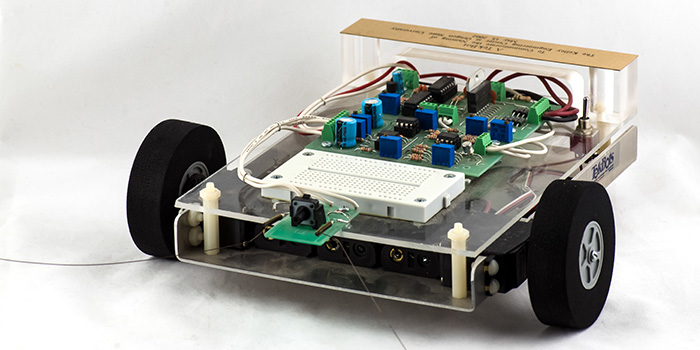 This particular TekBot was given to the Oregon State University Key University Campus Manager at the commemoration of the Kelly Engineering Center in 2002.

The TekBot logo is prominently featured on the sides. 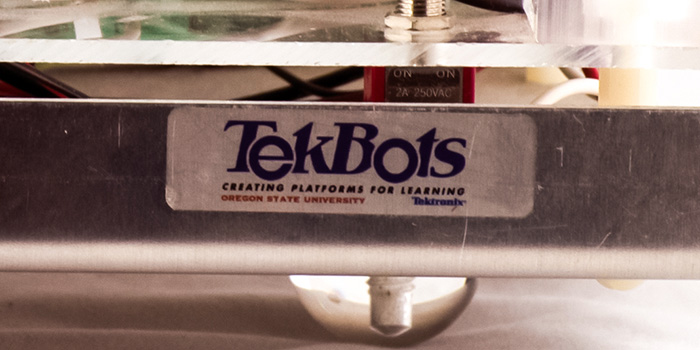 The museum also has an "official" Tekbots T-Shirt on display. 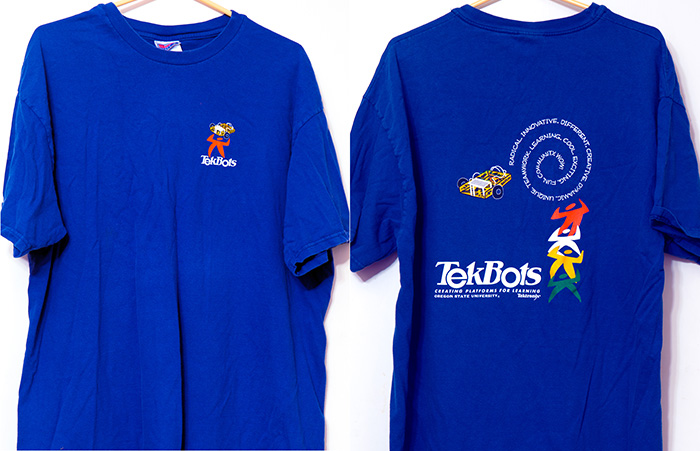 Here is a close-up of the T-Shirt front design. 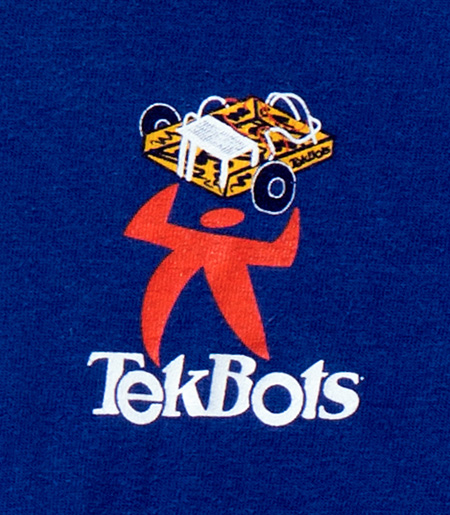 Here is a close-up of the T-Shirt rear design. 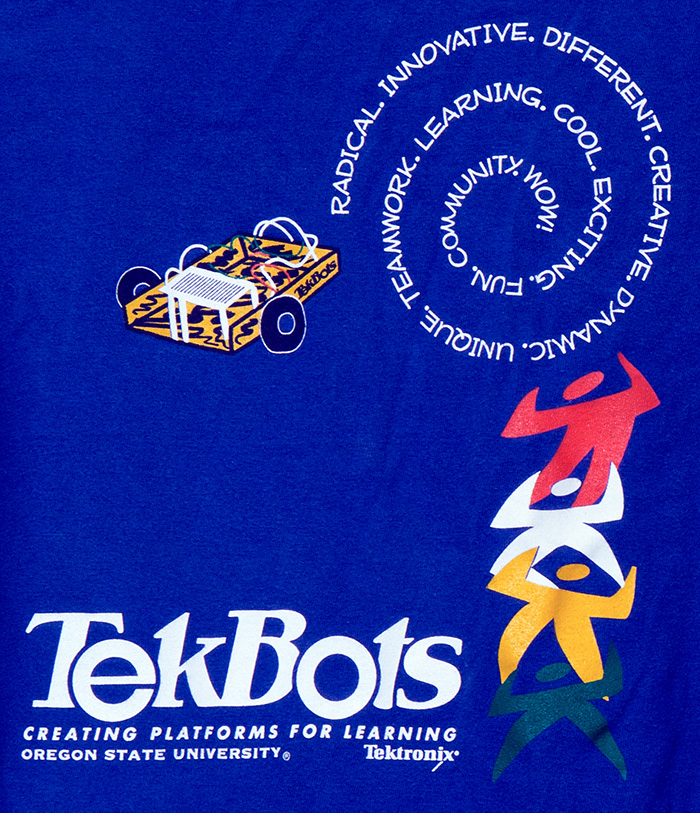 More information can be found on Wikipedia and on the Oregon State University TekBot website.