Tektronix was behind HP which had introduced 9100 series of calculators and needed a way to quickly enter the scientific calculator business. They acquired Cintra in 1971 who had developed the model 909 Scientist and model 911 Statistician calculators. Tektronix simply rebadged these calculators although did make some refinements to the PCBs.  Comparing the two it appears most of the changes were safety and reliability related.  Tektronix offered a complete family of peripherals including the 905 Junction Box (for connecting multiple peripherals), the 915 XY Plotter, the 920 Repeater (for looping programs), the 923 Card Reader, the 926 Programmer, the 928 Instructor (converts keystrokes to audio tones for magnetic recording),  the 941 Printer, and the 944 Teletype Interface.

The October 15, 1971 Tekweek features a report by Bill Walker at an Area Rep meeting.  This excerpt mentions diversification efforts by the company including calculators. 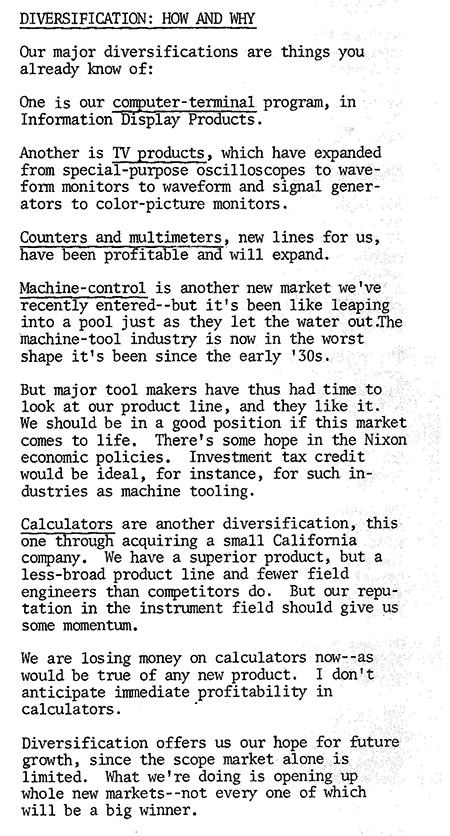 This brochure details the Tektronix Scientist 909 and the many peripherals and prices of this system.  Click on the image to view the PDF. 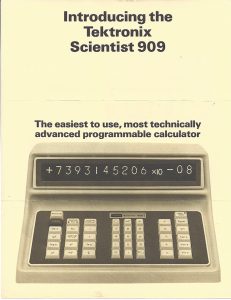 These were remarkable microcoded machines.  Their base configuration would handle up to 26 levels of parenthesis and the Option 03 would increase this to 100 levels.

This photo shows our restored and operational 911 Scientist with the 941 printer. Behind the 941 printer is the 926 programmer which is not connected.

The inside of the Cintra consists of a card cage in the rear (covered by the PCB sitting on top), a Nixie display card, a motherboard, and the keyboard. 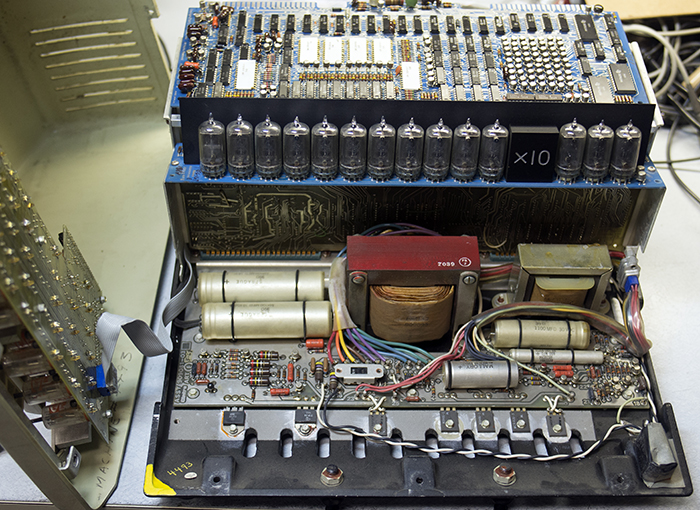 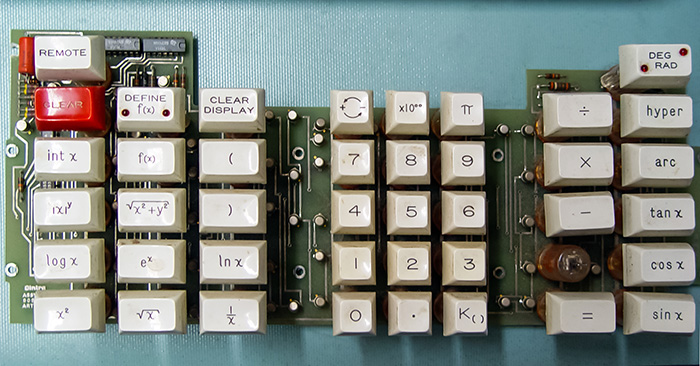 This photo shows the Nixie tubes lit up. 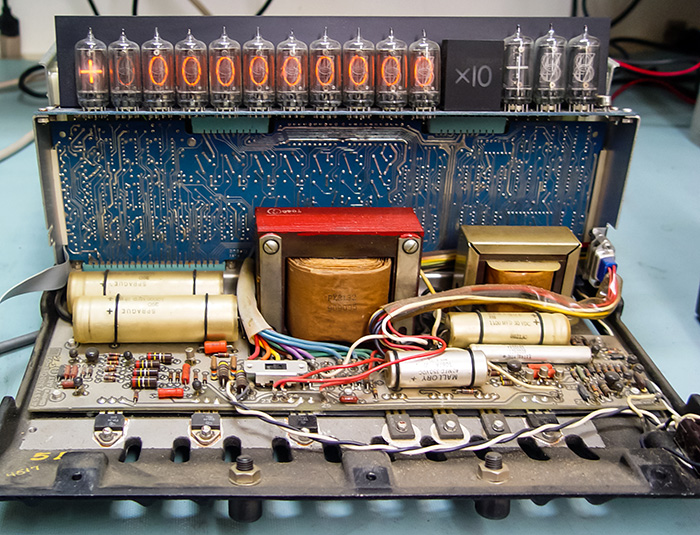 This image shows a close-up of one of the PCBs with a transistor matrix and custom ICs.

This image shows a top down view of the card cage and PCBs. 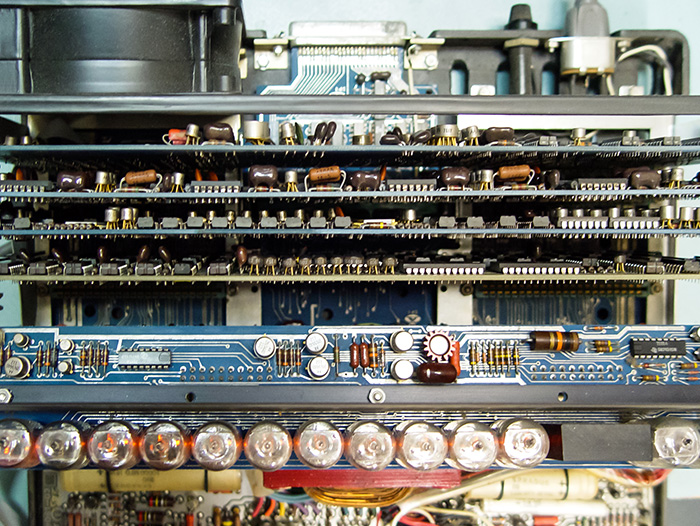 The 941 printer uses the Seiko EP-101 print engine which was released in 1968 for official timekeeping for the Olympics. The display is printed whenever the equal key is pressed. The printer uses two colors, black for normal and red for errors, which today requires a custom wound ribbon. 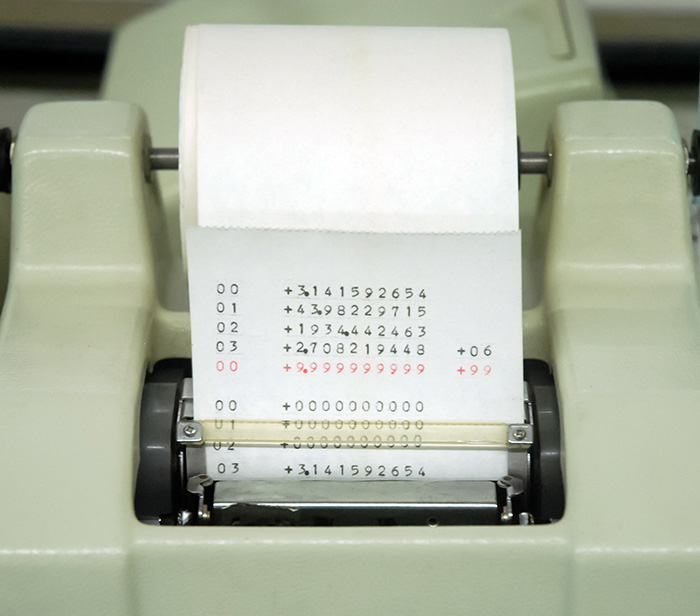 The Tek 21 and 31 Scientific Calculators introduced in 1973 replaced the Cintra designed calculators.

This  June 1974 brochure details the 31/10 system comprised of a Tektronix 31 calculator and a 4010 graphics terminal.  Click on the image to view the PDF. 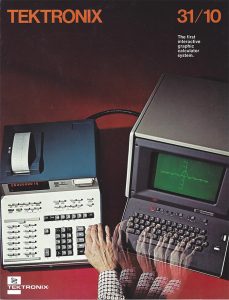 The Tektronix E31 was a cost reduced version of the 31 which eliminated the I/O interfacing capabilities for those that needed a lower cost stand-alone calculator.  Click on the image to view the PDF. 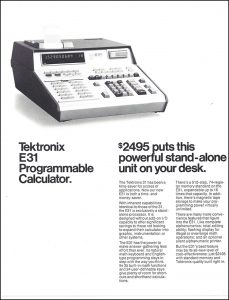 The museum has a 31 Scientific Calculator on display. 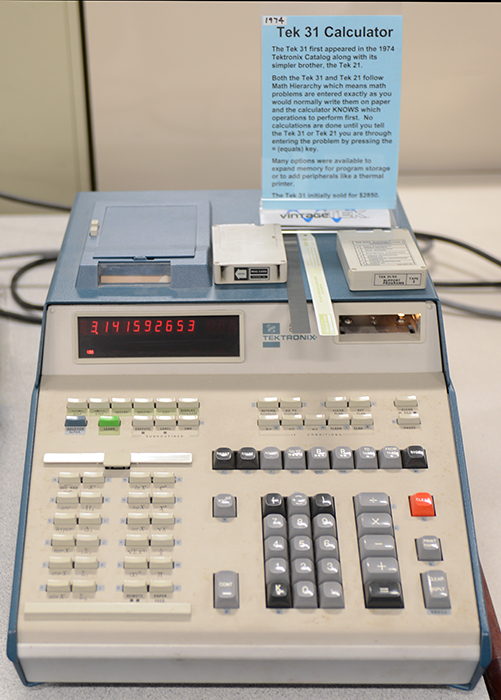 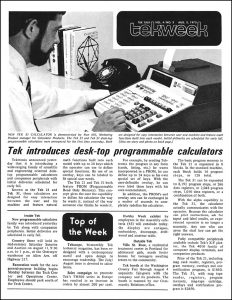 The Tek 21 and 31 were the only and last calculators designed by Tektronix.  The follow-on product was the 4051 Graphics System introduced in 1976. The 4051 featured an 800 KHz 6800 microprocessor running the BASIC language with a tape storage system, a 1024 x 768 direct view graphics storage tube, and expansion capability via Rom packs on the rear. Tektronix produced a number of application specific Rom packs. This was a very sophisticated engineering desktop computer and has its own exhibit webpage.