Tektronix Engineering Development India has been known by many names.  The acronym TEDI was first used but later Tek India or Team India was more prevalent.  This organization first grew out of a relationship with Hinditron which was established in 1985 as a manufacturer of test and measurement products located in Bangalore.

In 1988 Tektronix selected Hinditron as its sales representative in India and Hinditron also provided warranty service for products sold in India.  The Hinditron Tektronix Instruments Ltd. was established with Tektronix owning a minority position as mentioned in this November 18, 1988 TekWeek article. 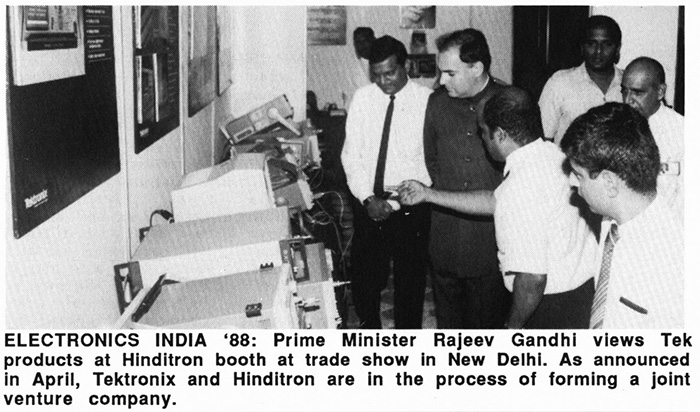 In 1994 Hinditron became a subsidiary of Tektronix as they increased ownership to over 60%.  Software development began with a small team in the manufacturing facility in Bangalore working on personality modules for the Prism Logic Analyzer product family.  Members of this early core team were G Venkat, N Manjunath, A B Prakash and Gowtham.

In 1996 the software development was established as Tektronix Engineering Development India (TEDI) and Tektronix (India) Ltd focused on distribution of products in India.  Brijesh Wahi was the managing director of TEDI and in 1997 TEDI became a wholly-owned subsidiary of Tektronix.  In 2000 when Tektronix divested of the Printing Division and the Video and Networking Division, TEDI engineers became part of Celstream to manage through the transition.  Later as Tektronix grew the software development team, the test & measurement engineers rejoined Tektronix as Team India and occupied the 6th and 7th floors of the Samrah Plaza development site in Banglore. 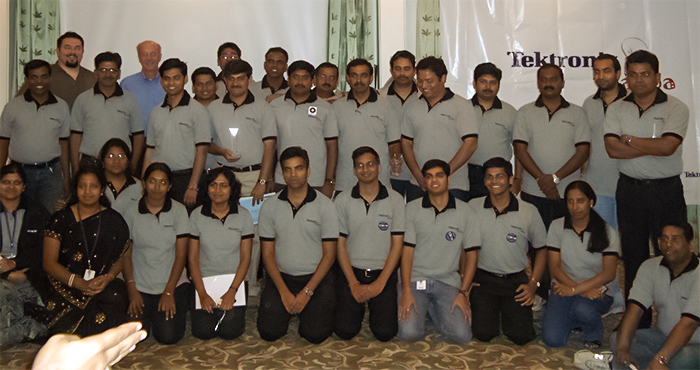