In the early 1960s Tektronix worked with Gertrude Rempfer and began development of an electrostatic transmission electron microscope (TEM). This microscope was focused on low cost to compete in the educational market. In reality, the vertical column of an electron microscope is similar to a CRT and Tektronix had great expertise in lens and CRT design. Competing systems were much more expensive and the key feature of the Tektronix microscope was full automation. In an electron microscope there are numerous gates, valves, and vacuum systems. The Tektronix microscope automated the process of controlling these devices to get the microscope ready to operate. The microscope featured a direct phosphor display which could be moved out of the way to capture images on 2"x2" glass slides. Specimen numbers could be added to the edges of the images for easy reference. The museum has the 1968 prototype #2 TEM on display along with a number of glass slides and copies of actual images. 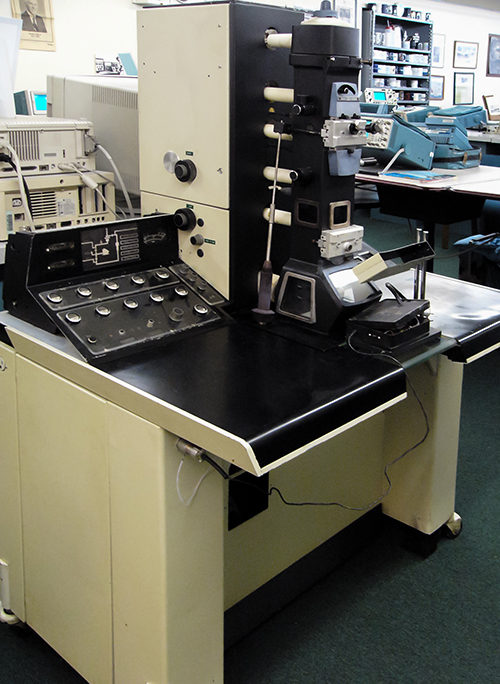 Bert Cathery was the project manager and this photo captures Bert at the controls during the development. 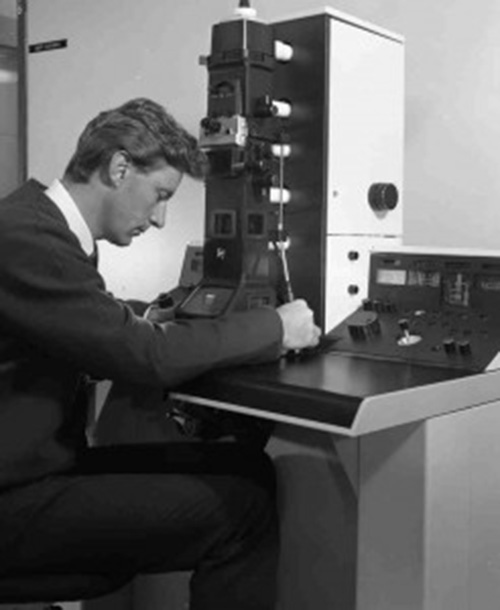 The museum was honored to have Bert visit in 2013 and share his knowledge and history of this fascinating product. Bert was surprised we had a prototype of the Episcotister (a small device in front of the column on the top photo). The Episcotister was synchronized with the Wobbulator to generate a 3D image. The beam would be modulated left to right and the Episcotister had a drum with 90 degree slots which rotated synchronously with the modulated beam to produce the effect. All of this in 1968! 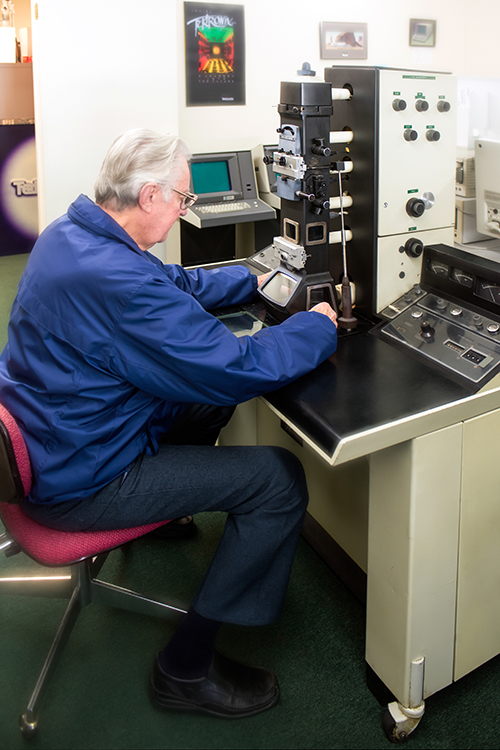 Tektronix eventually chose to not productize the transmission electron microscope. The market, distribution, sales, and even the service channels were considerably different than for Test and Measurement. The development team spun out of Tektronix and formed a new company called Elektros with Bert Cathery as President. They completed the design and only produced a handful of units.  Unfortunately a downturn in the economy in the early 1970s forced Elektros out of business but some of those units are around and operating. One unit is under the care of Erik Sanchez, Professor of Physics, at Portland State University. He has one operating in his lab that were were fortunate enough to visit and see demonstrated. 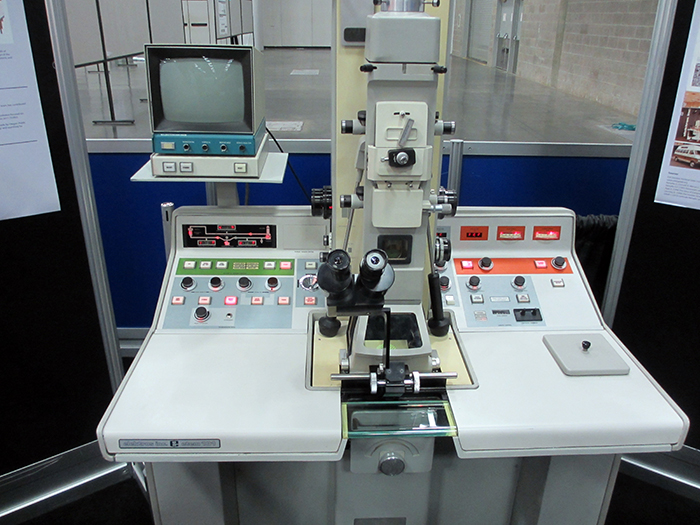 The display on the phosphor screen is sharp and bright. 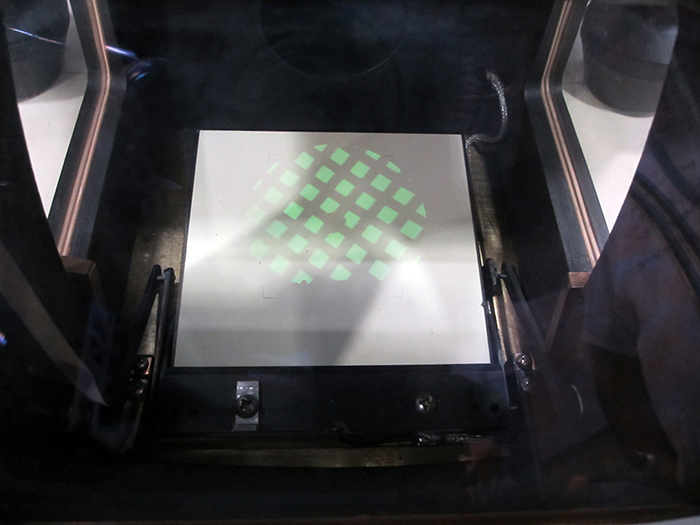 We were fortunate to have members of the original TEM design team visit the museum for a reunion and then attend a Microscopy & Microanalysis Show in Portland in 2015 where Erik Sanchez had the Elektros microscope on display. 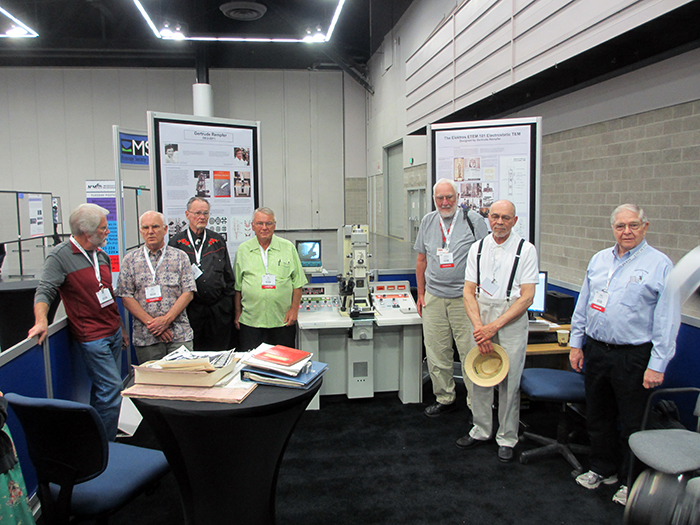