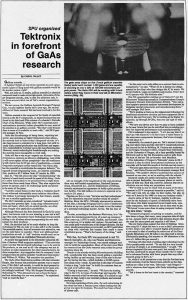 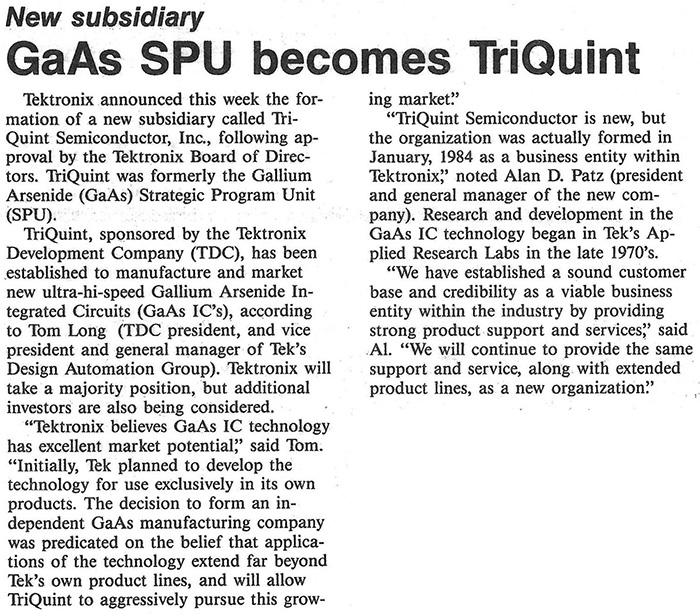 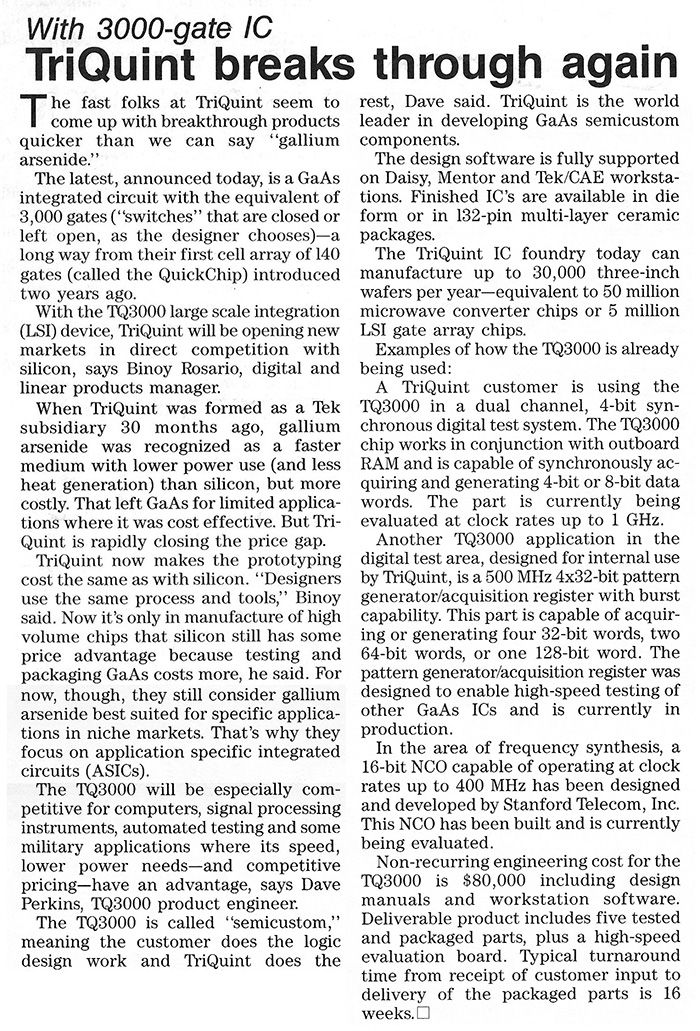 This September 25, 1987 TekWeek article discusses the plans and results of several component group spinouts. Click on the image to view the PDF. 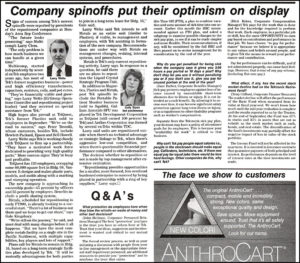