Ken Walling was the seventh employee at Tektronix. He worked in shipping, purchasing, wiring, and stock control before managing the print shop for several years. This photos shows Ken Walling on the left with Bill Causgrove. 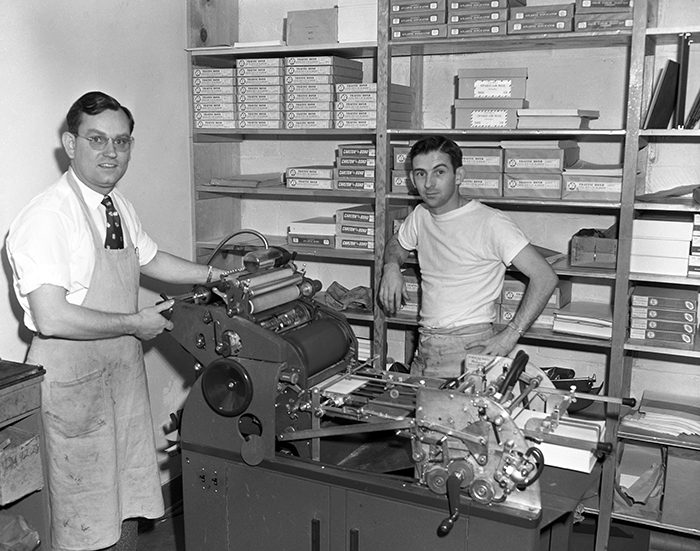 The following four photos were provided by his wife Romaine and her daughter Barbara during a recent visit to the museum. These photos were taken during an outing to Sun Valley, Idaho, by the Tektronix Flying Club. Romaine recalled that among those making the trip were Bill Polits and his wife Virginia, Cliff Moulton and his wife Merilee, and John Kobbe and his wife Geneva.

Romaine recalled flying in Jack Murdock’s plane in 1952 to Sun Valley. Jack Murdock organized the trip with the intent of seeing figure skating acquaintance Jo Roddy perform at Sun Valley. Jo Roddy was a 1953 Rose Festival Princess from Washington High School in Portland and later performed in the Ice Capades of 1955 with a large cast that included Sonia Henie. Jack flew an Aero Commander which is seen in this photo. 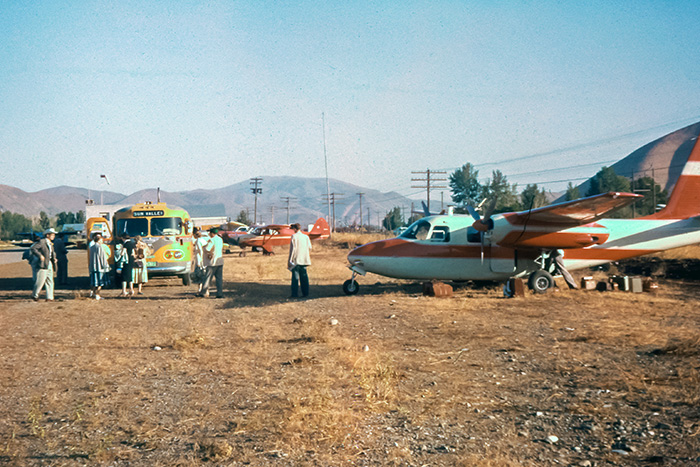 This photo shows Jack Murdock towards the center wearing aviator sunglasses. Romaine and Ken Walling are on the right holding hands. Bill Polits appears to be in the back row just behind Jack Murdock’s right shoulder. 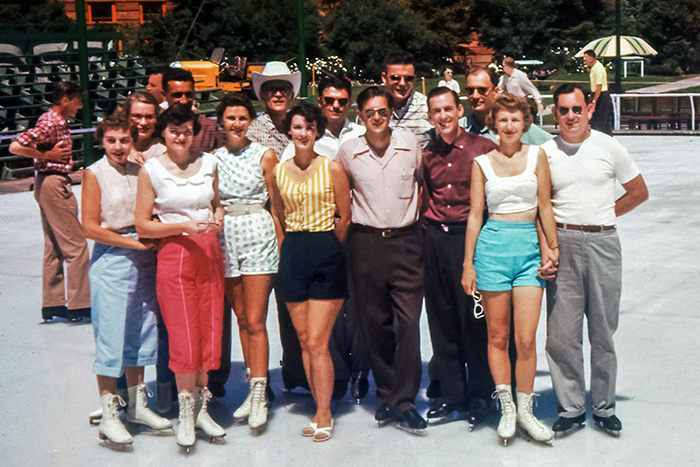 This photo shows Jack Murdock on the right. We believe Bill Polits and his wife are next to Jack. 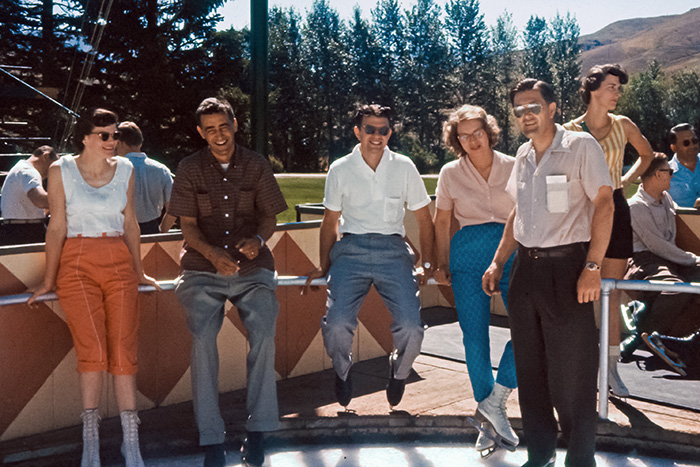 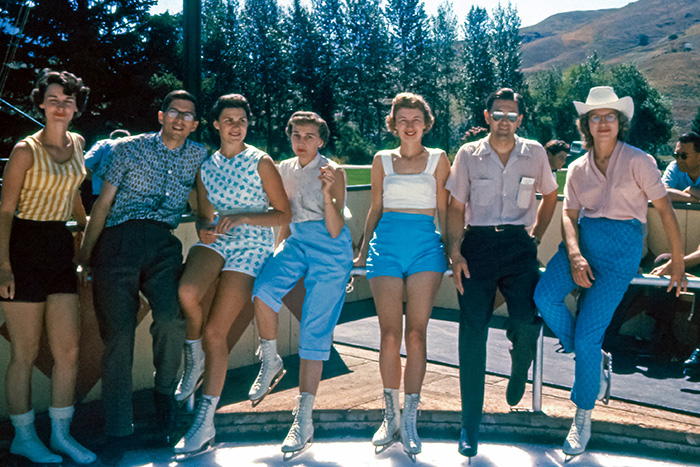 We would appreciate help in identifying individuals in these photos and any information on this trip.