The 4051 DC300 tapes deteriorate over time. A broken tension band is a likely failure and we have not found a suitable replacement. Also the tape drive can become an issue. If your 4051 is unusable because of a non-functional tape system this can make it a useful system again.

The Rampack has 2 megabytes of flash memory which is the equivalent of 7 DC300 tapes. It come pre-loaded with 140 games, demos and utilities, which occupy the equivalent of 4 1/2 tapes, leaving 2 1/2 tape equivalents for new files. Of course, the pre-loaded files can be erased and the entire 2 MB used for your own purposes. The flash memory can be erased and rewritten 100,000 times.
The Rampack emulates the built-in tape and uses many of the same commands. Complete user's instructions and a list of pre-loaded programs is included. The Rampack is an ideal partner for the 4051 Maxirom, which we also sell. Some of the pre-loaded demos require the Maxirom functions. Some of the games require a graphical input device, such as a joystick.
The circuit board and electrical components are new. The case is reclaimed from an old rom pack. It is available on our eBay store. 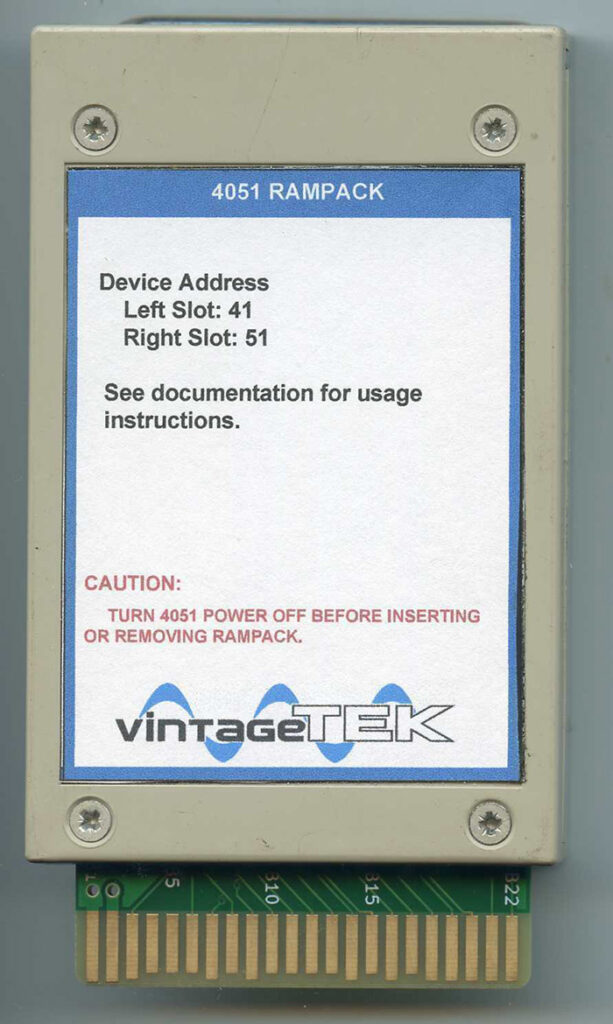