The 468 Digital Storage Oscilloscope used the Mostek MKB36000 ROMs which are known to deteriorate over time (e.g. FROMs - Forgetful Read Only Memories).  The only remedy is to replace the ROMs. 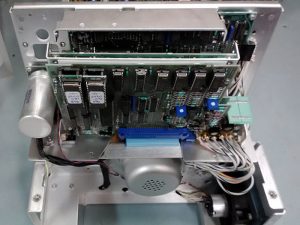 The Motorola MCM68766 is a pin compatible EPROM but generally unavailable. Our initial solution used two 2764 EPROMS with adapter boards as shown on the right. However, 2764 EPROMs are becoming more difficult to obtain.

The museum designed an modern adapter board that uses a single flash memory IC. The memory also contains the Test Rom firmware which is accessible using a jumper. The adapter plugs into one of the two ROM sockets and has a flying lead going to the chip select of the other socket. 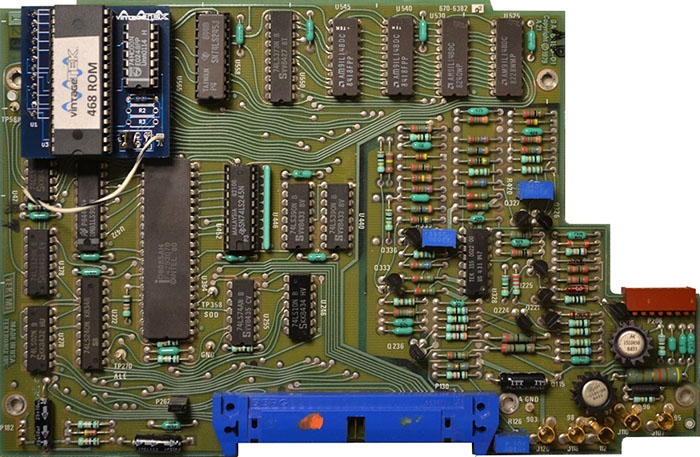 The Tektronix 468 Digital Storage Oscilloscope ROM Replacement with Test ROM is available on our eBay store. 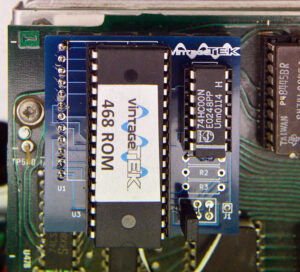 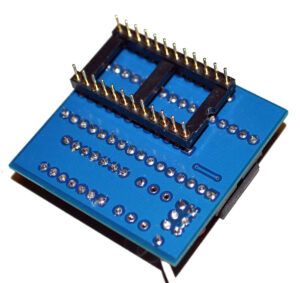