The Type 512 oscilloscope was first introduced in the 1948 Tektronix Catalog and was last offered in the August 1954 catalog. The 512 added some features missing from the 511, specifically increasing the vertical gain and incorporating DC coupling to extend the frequency response to full DC. The maximum bandwidth was 2 mHz. In his memoirs Tektronix engineer Frank Hood commented that the 512 offered “much higher sensitivity than anything else on the market” at the time.

The designer of the 512 was Logan Belleville. Logan was a veteran of radar development at the Radiation Lab at MIT during WWII and Tektronix second engineer. During the war Howard Vollum was stationed at Fort Evans, New Jersey and made many trips to the Rad Lab, but it’s not known if they ever met.

Stan Griffiths, vintageTek Museum co-founder and author of Oscilloscopes-Selecting and Restoring a Classic, commented: “The 512 is somewhat difficult to use and some parts will be impossible to find. Don’t buy a 512 unless you are into antiques. It is not easy to use or repair.”

The Type 512 was a high-gain, low frequency instrument, meant for biological work. It had a balanced input amplifier, which could display signals as low as one millivolt and frequencies up to 2mc, and it had a relatively slow sweep that was the most linear I had seen; it was called the "phantastron" circuit, because it was so "fantastically" linear. With modification, it could attain sweeps of thirty seconds or longer.

It immediately became evident that the 512 was so sensitive that, at its highest sensitivity, the aging of the input tubes caused the trace to drift off the CRT screen (it heated the filaments by DC, because AC would effect the signal amplification). Logan devised an aging process that would cycle the tubes forty-five minutes ON, fifteen OFF, for 24 hours. The tubes were then tested for the current required give a given deflection on the CRT, they were labeled, and then stored so that the two input stages could be supplied with a matched pair to give stable operation.

The 512 was priced at $950 and announced in the December 1948 issues of Electronics and Proceedings of the IRE. 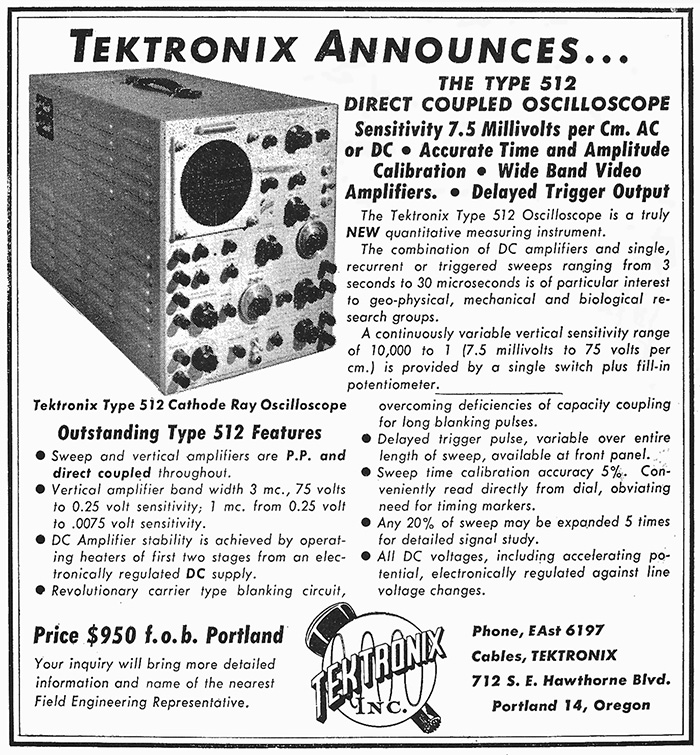 This ad for the 512 appeared in the February 1950 Electronics magazine. 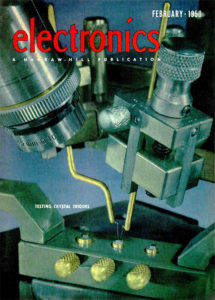 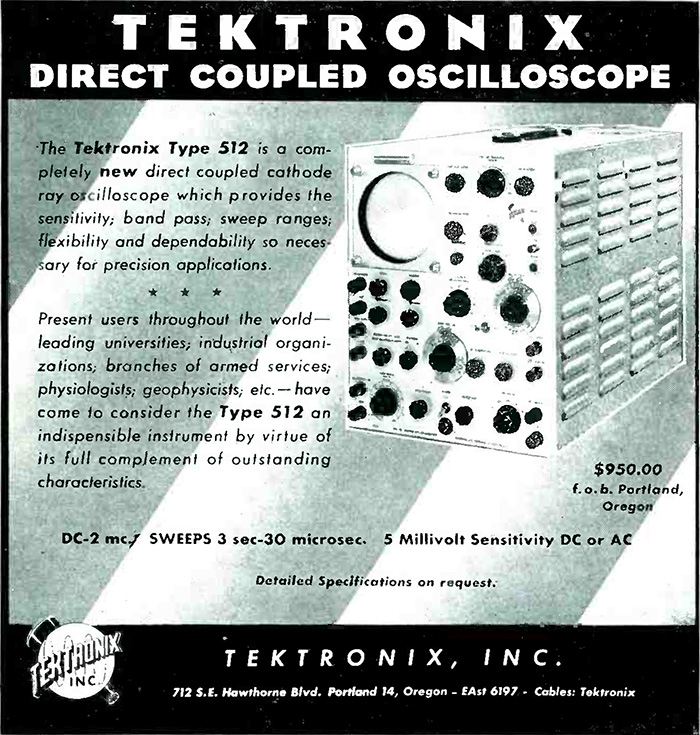 This ad for the 512 appeared in the March 1950 Northwest Electronics World magazine (really a 12 page flyer). 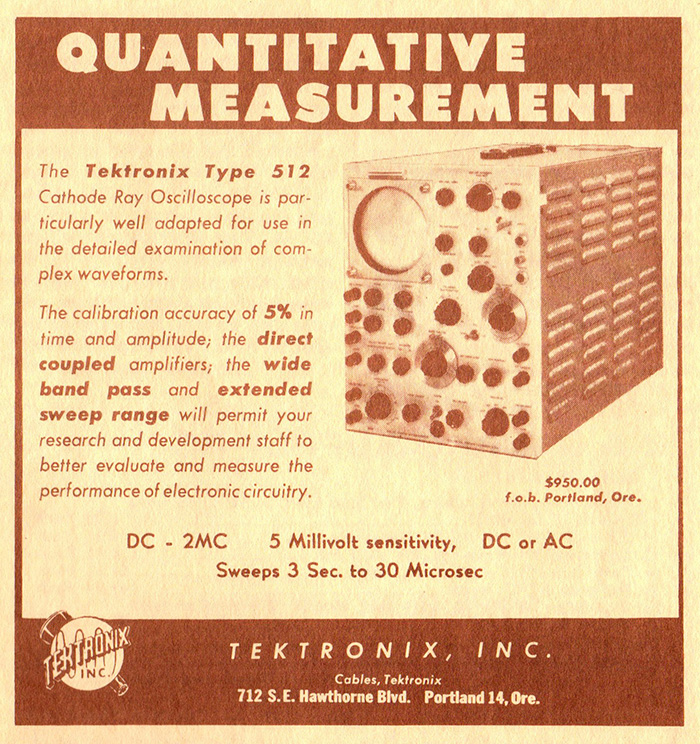 This excerpt from the 1951 Tektronix Catalog highlights "Fingertip Controls" of the 512 Sweep Magnifier. Click on the image to view the full "Fingertip" Control page. 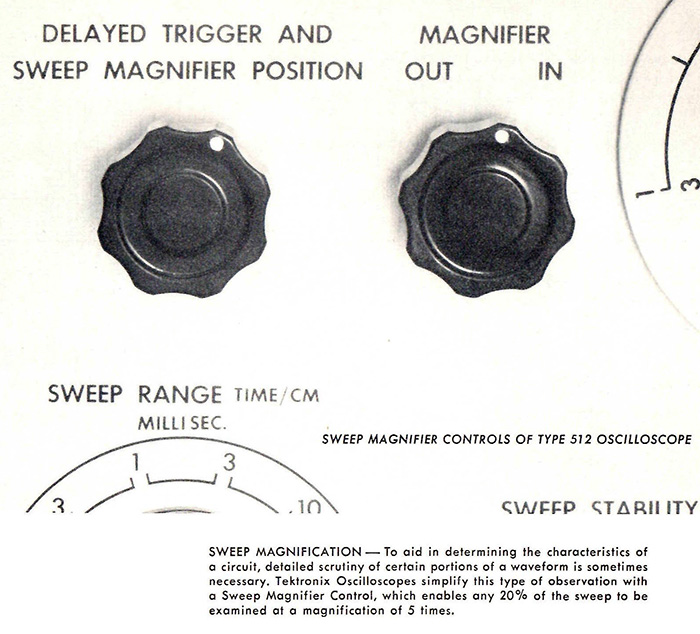 This ad for the 512 appeared in the March 1952 issues of Electronics, Proceedings of the IRE, and The Review Of Scientific Instruments highlights the construction of the sweep section.

There was never a named revision to the 512, or a “D” version with a delay line. An upgrade was offered after SN 2525 when a new 5ABP RCA CRT replaced the original 5CPA tube. The CRT featured a flat face and higher sensitivity in vertical (2X) and horizontal (20%) deflection. The CRT was a drop-in replacement, but an installation kit to properly adapt the front-panel controls and calibration was offered with the CRT. This ad for the upgrade appeared in the January 1954 issue of Electronics.

These two photos are from a Tektronix Photo Album, date unknown. 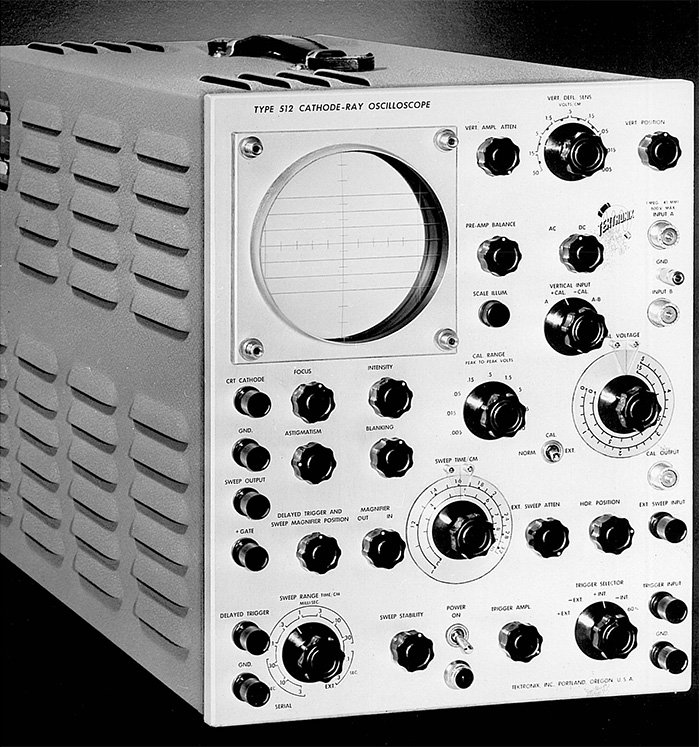 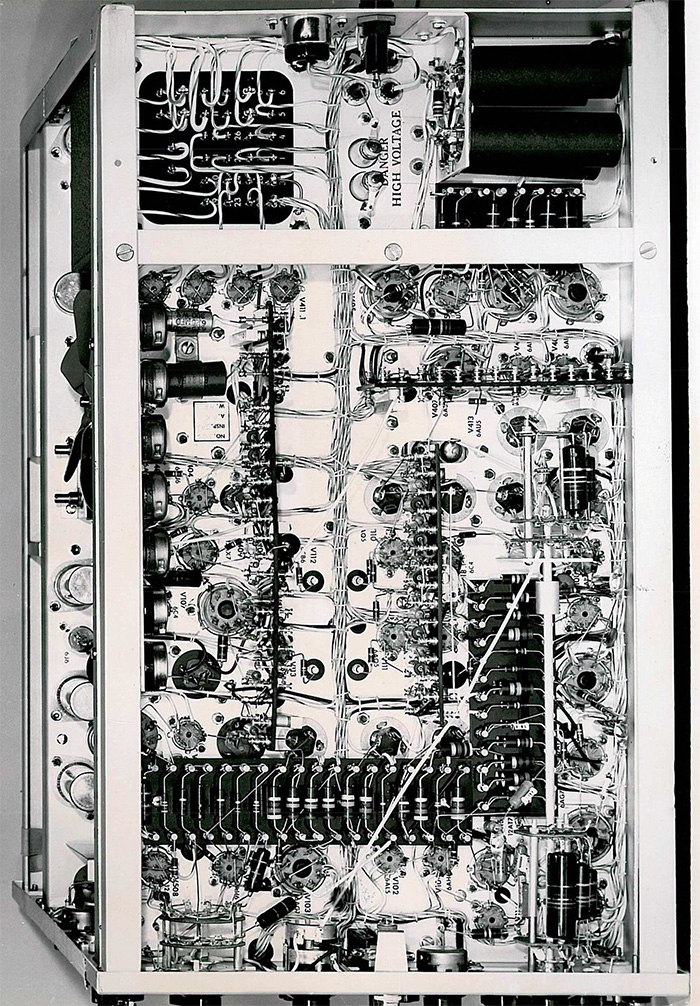 We have a Type 512 oscilloscope on display at the museum. 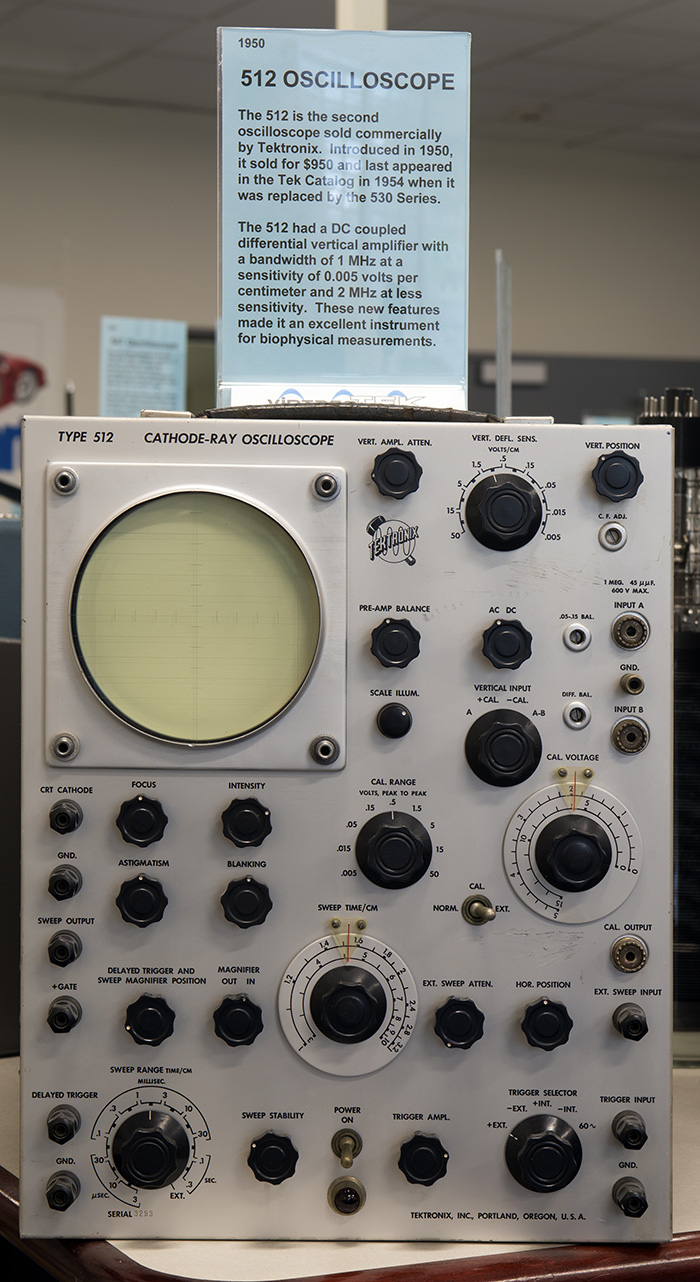 This May 23, 1955 memo discusses the obsolescence of the Type 512 oscilloscope. 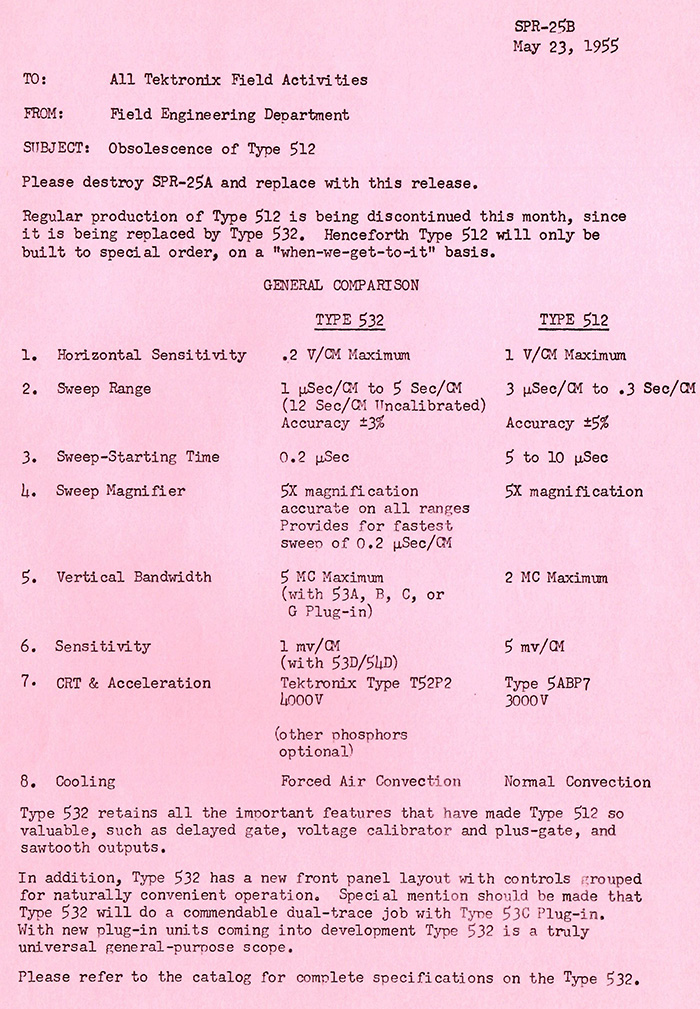