Some of the high voltage transformers used in CRT-based instruments suffer long term failures. The root cause appears to be moisture absorption by the potting material which increases current draw until the power supply shuts down. The 576 is one such instrument with this issue.

This product mod summary from June 20, 1983 describes a corrected replacement 120-0612-03 high voltage transformer and installation instructions. The Replaceable Parts Registry for the 120-0612-03 indicates it was used in 576 instruments with SN B090000 and above. Click on the image to view the mod summary PDF. 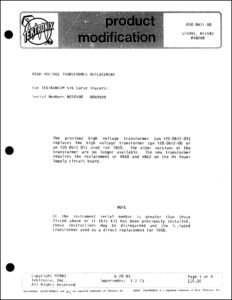 Our 576 at the museum would operate about 15 minutes before the power supply would shut down. We attempted repairs by drying out the transformer and then "repotting" it in beeswax in a vacuum chamber to fill up any of the voids that might absorb moisture. The experiment was partially successful. The 576 could stay powered on longer but eventually would fail. This image shows a 545 transformer being similarly repotted with beeswax under vacuum. 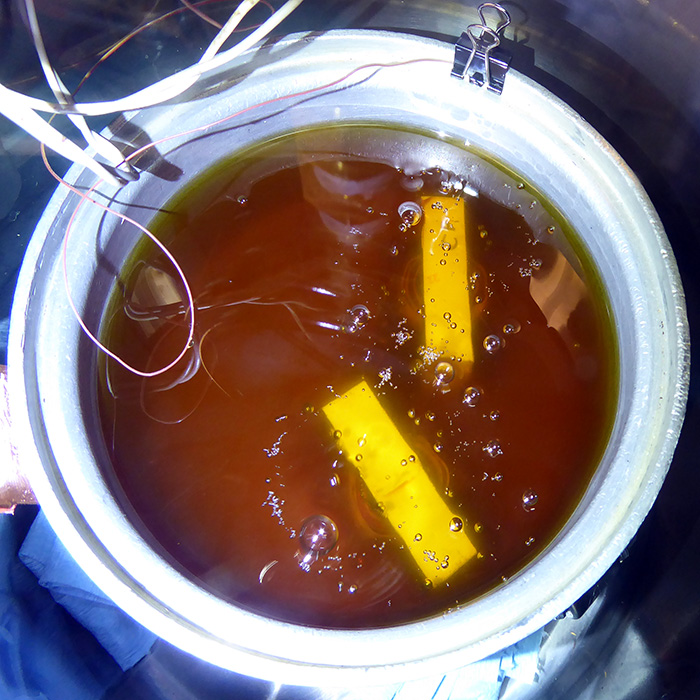 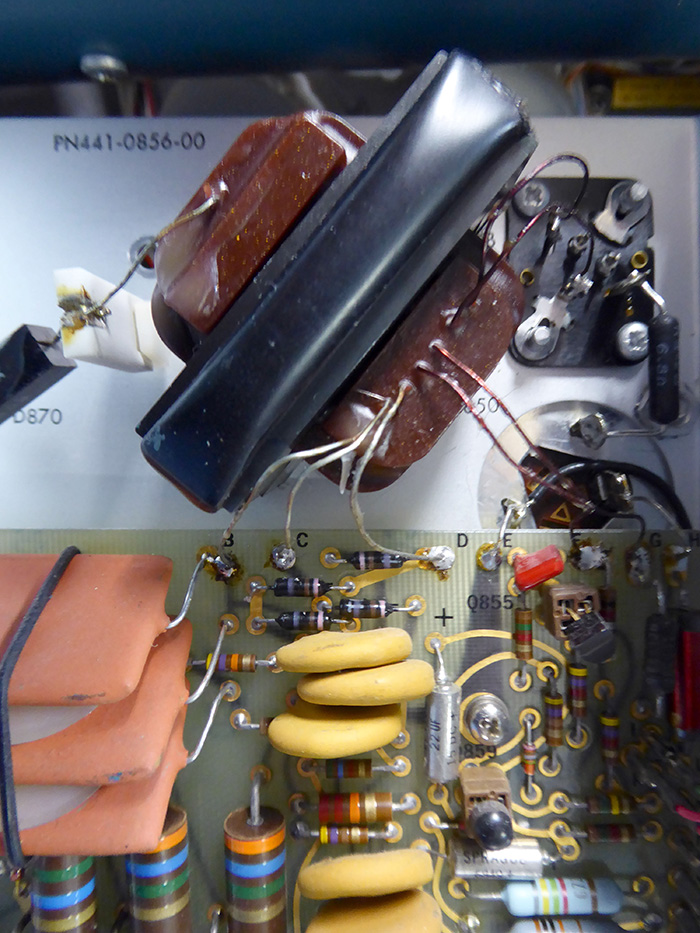 Tektronix 576 owner Michael Lynch decided to have a replacement transformer made. The transformer is not an identical replacement but rather a redesigned transformer which mounts in the same space using a 3D printed spacer which he provides. He posted his results and progress on TekScopes and took an order for an initial set of transformers. 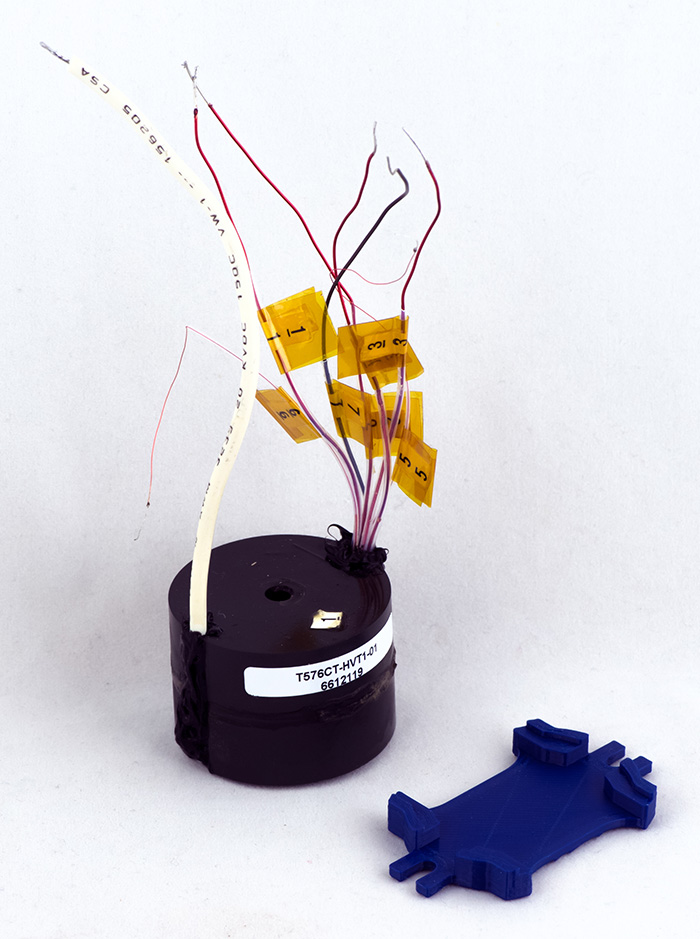 The museum sent Michael a replacement 576 high voltage board so he could make a fixture to test transformers before shipping them to customers. 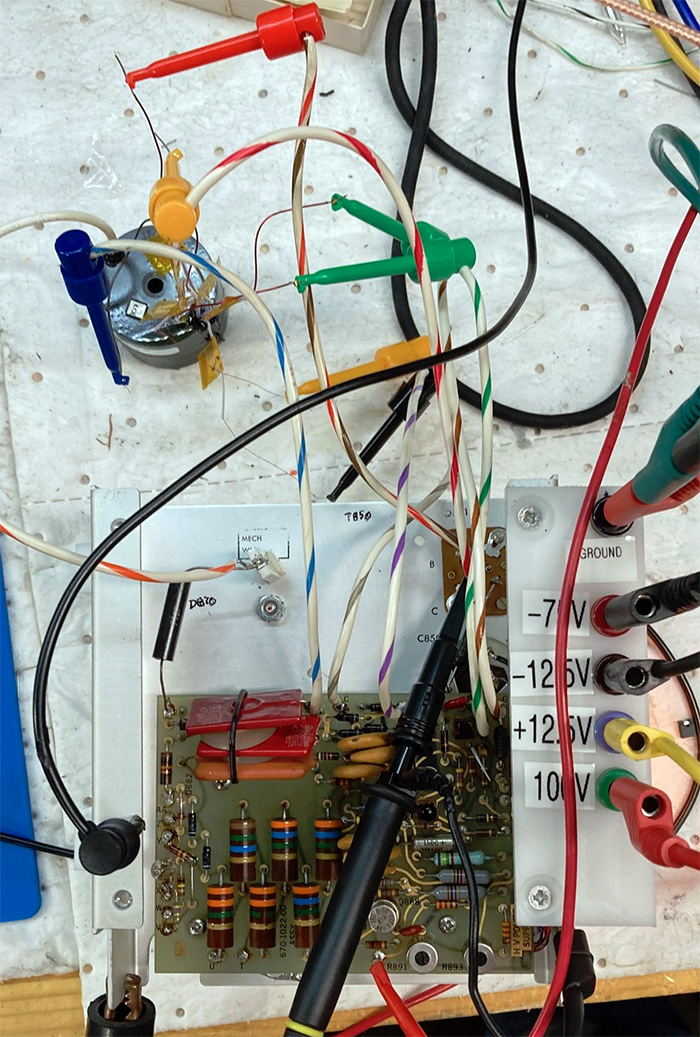 The museum ordered two transformers and installed one in our 576 Curve Tracer. We have not done any analysis of the transformer so cannot endorse the replacement but our high voltage transformer works great in our 576 and it no longer exhibits the shutdown issue. 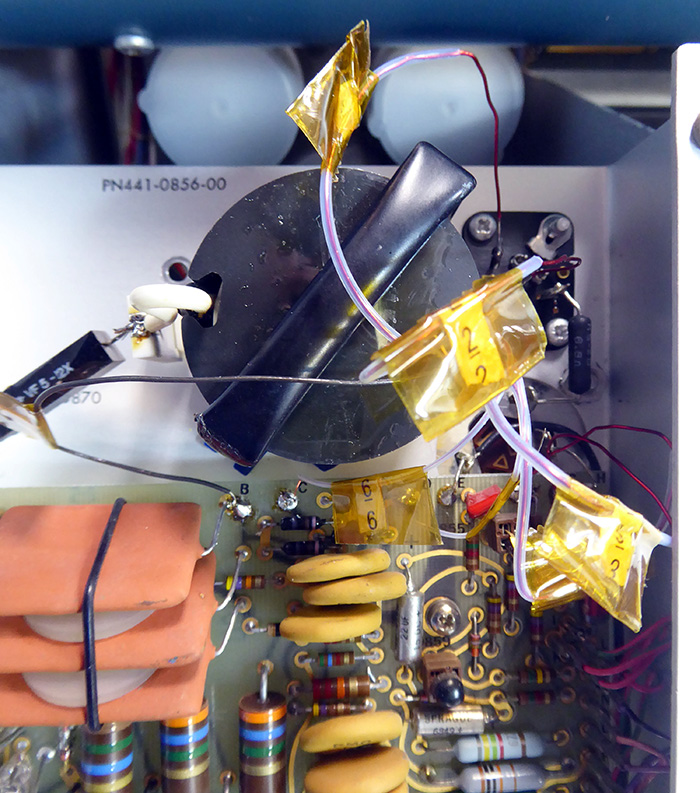 We do not know if Michael is currently taking orders for replacement transformers but his contact information is:

Feel free to contact Michael about the status of his replacement transformer. We are always amazed at the efforts Tektronix collectors will go through to keep these vintage and valuable instruments operational. Here's a bit more background about Michael.

Michael has an interest in all things mechanical with a special interest in motorcycles. He built his first Honda motorcycle at 14 from a box of parts. He spent the next 25+ years in the motorcycle industry, retiring from Honda as the Motorcycle Service Manager. His project for a fuel injection conversion on a Honda CBX required an oscilloscope. He remembered hearing the story about the manager who told his department "they could have any oscilloscope they wanted, as long as it was blue and built in Beaverton, Oregon".

His first oscilloscope was a 2213 which he repaired. Like all Tektronix aficionados he started collecting and repairing oscilloscopes, with an occasional sale on eBay. Since he repaired solid state instruments he decided a curve tracer was in order and found a 576 that needed repair. That was followed by a 577 and another 576 which exhibited the transformer issue. Not willing to part out this 576 he started his journey on fabricating a suitable replacement transformer.