Don Alvey was a key employee in the early days of Tektronix. In January of 1959 he was assigned to Guernsey to assist Al Hannmann with European sales, which were at that time concentrated heavily in Great Britain. Don was one of six individuals in July of 1961 selected to purchase stock from Jack Murdock and Howard Vollum. 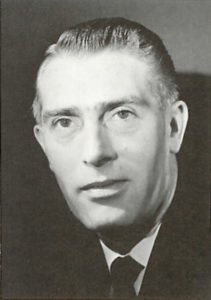 A series of articles written about Tektronix philosophy were originally published in the December 1960, February 1961, February 1962, April 1962, and January/February 1963 issues of TekTalk.  They were later reprinted into a single document  available on our Ideas That Have Built Tektronix page.  The April 1962 issue was from Don Alvey. Click on the image to view the PDF. 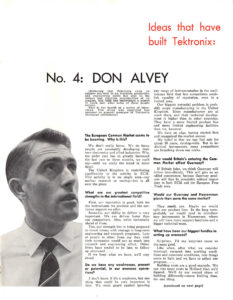 This article on Don is from the "Winning With People: The First 40 Years of Tektronix" book. His name appears 111 times in this book.

This December 23, 1976 TekWeek announces the resignation of Don Alvey. 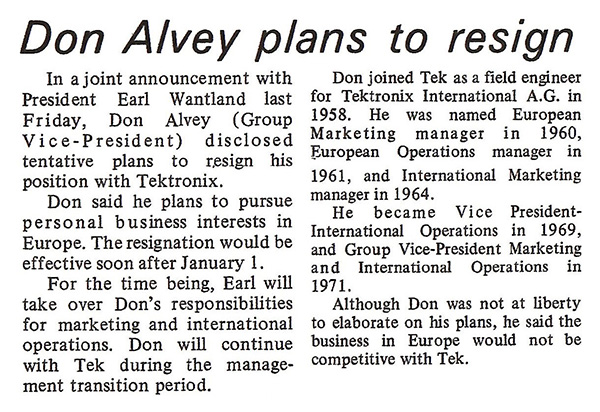 This obituary for Don appeared in the January 7, 2020 Guernsey Press.  Click on the image to view the PDF. 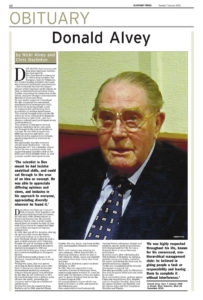