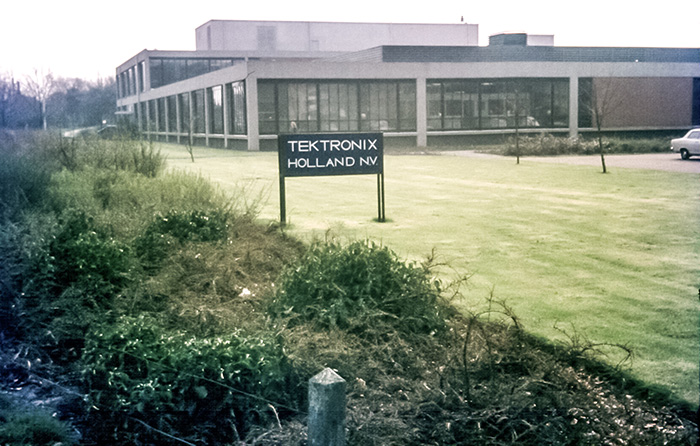 The Heerenveen plant, situated in the center of the Netherlands, was started in 1961.  The official opening was on June 22, 1962. This TekWeek from that date describes the operation. 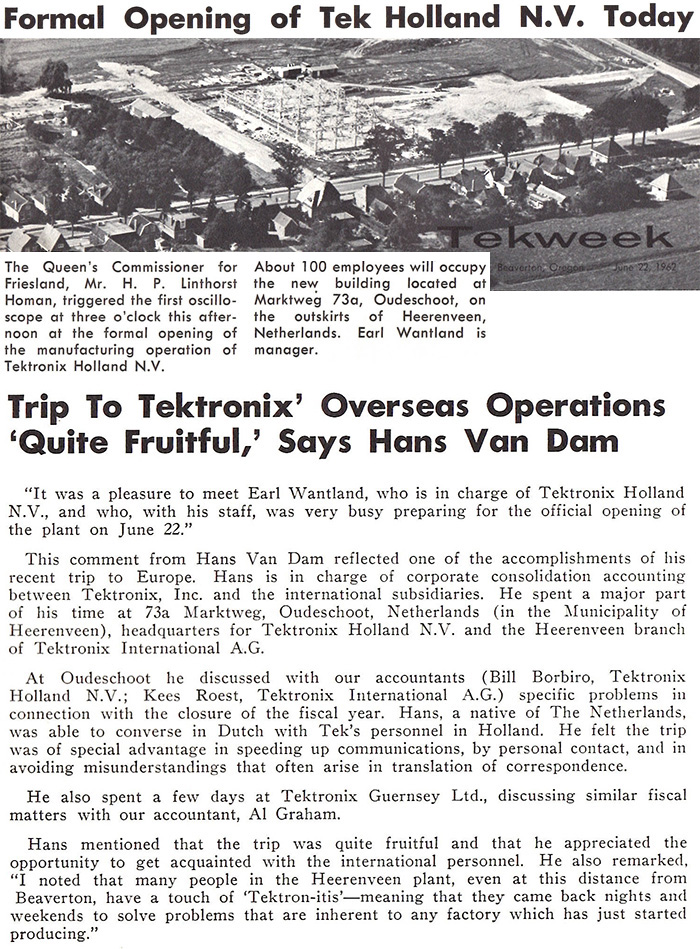 These two letters are are the earliest correspondence we have for Heerenveen. They were written in mid-1961 regarding employment opportunities for Anne Oosterhof. The second letter in Dutch says that Tektronix Holland has no P.O. Box at the moment and gives an address at Victoria Avenue for the Guernsey facility. Click on the image to view the PDF. 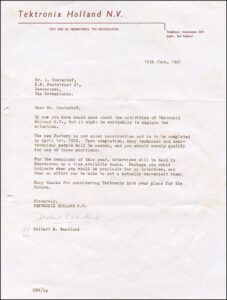 Here is a photo of a young Earl Wantland taken in 1962. 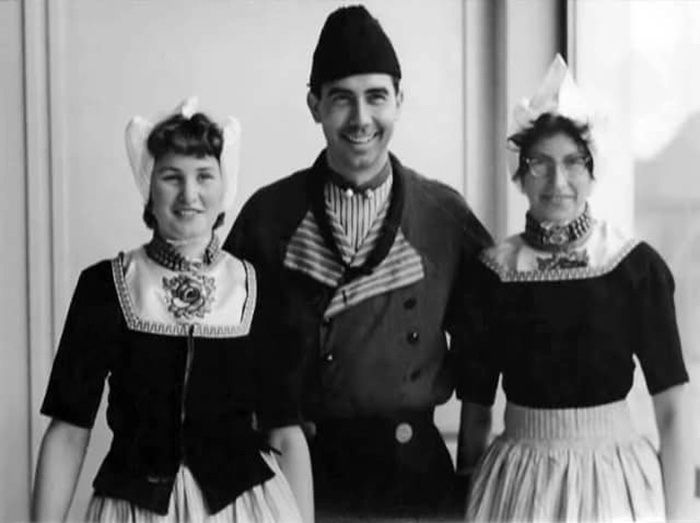 This November 1962 issue of TekTalk describes the opening festivities of the Heerenveen site.  Click on the image to view the PDF. 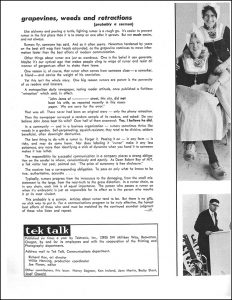 This November 1963 issue of TekTalk features history of international operations which includes Heerenveen.  Click on the image to view the PDF. 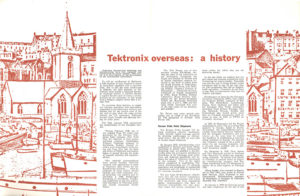 This undated photo shows an aerial view of the Heerenveen facility. 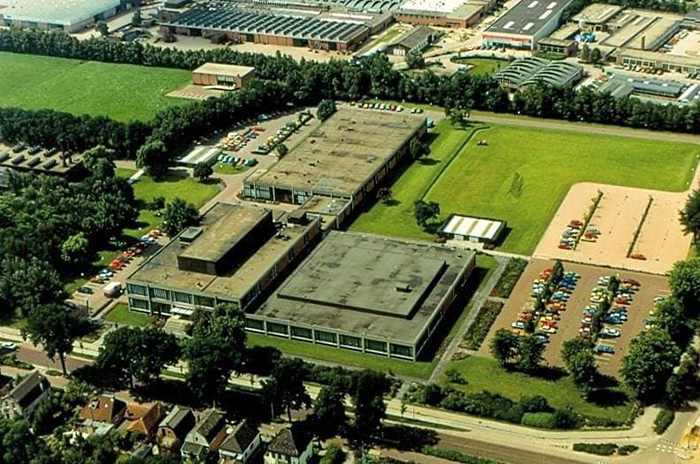 This Heerenveen roster is from October 1, 1966. Our copy was missing the very top of the pages so some names have been cut off. The document was reformatted to reduce the number of pages so these names now appear anywhere in the page. If you know these names please contact the museum and we will update the document. Click on the image to view the PDF. 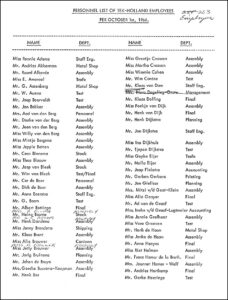 This price list is from the C. N. Rood company who distributed products in Holland in 1967. Click on the image to view the PDF. 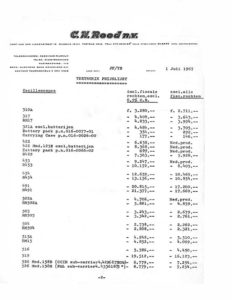 Heerenveen manufactured all components except the cathode ray tube and a number of products for distribution into Europe. 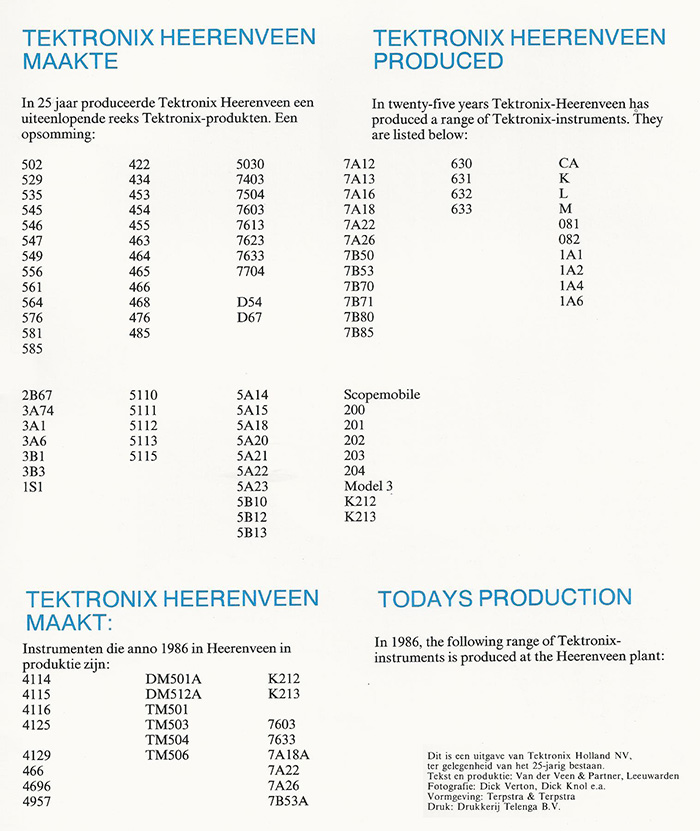 This April 30, 1971 TekWeek features the 10th anniversary of Heerenveen. Tek Holland was formed the year before the plant opened. 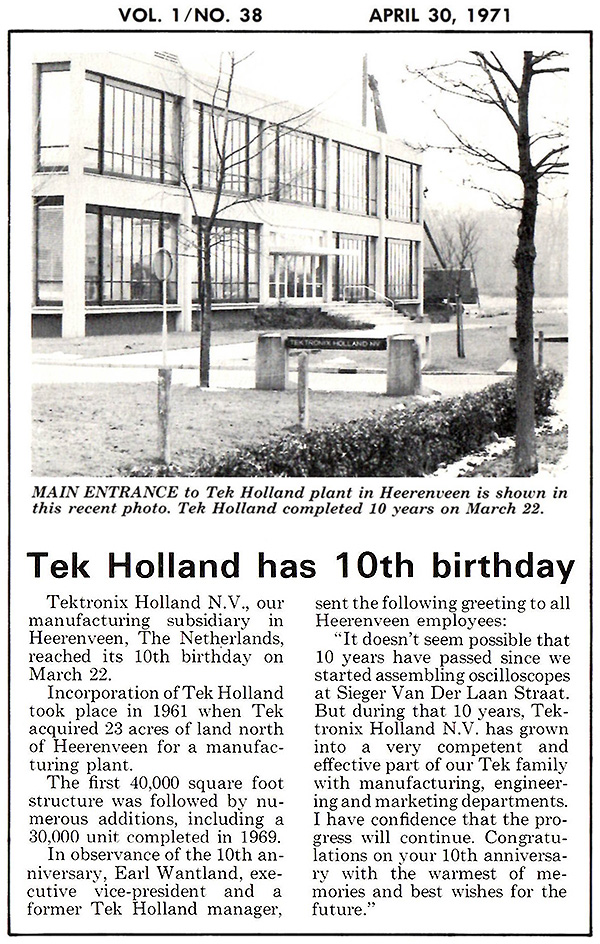 The June 11, 1981 issue of TekWeek featured a 20th anniversary of Heerenveen.  Click on the image to read the PDF. 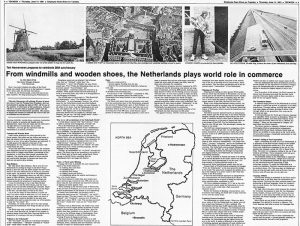 The July 2, 1981 issue of TekWeek featured the 20th anniversary celebration.  Click on the image to read the PDF. 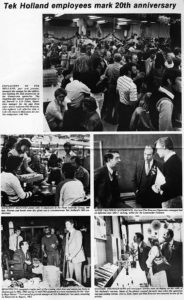 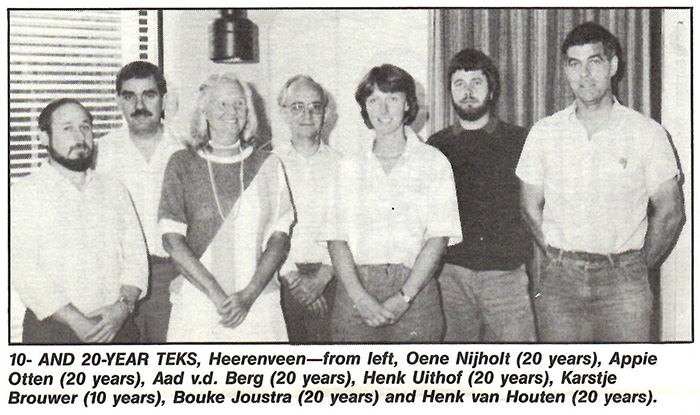 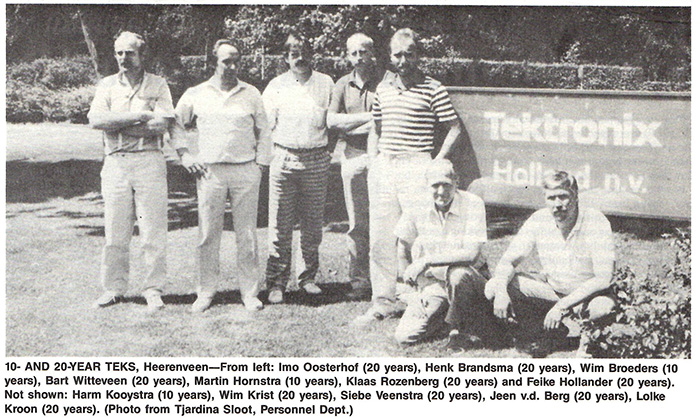 Heerenveen reached 800 employees by 1986.  These two December 19, 1986 TekWeek articles celebrate the 25th anniversary and the consolidation of the 7600 series oscilloscope manufacturing to Heerenveen. 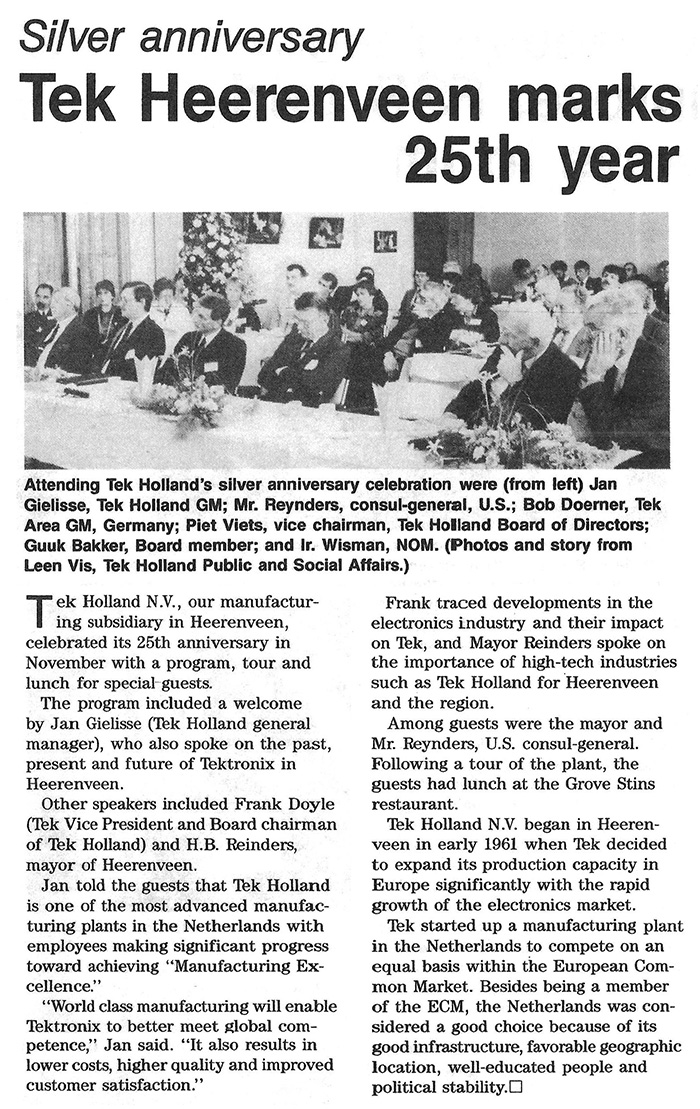 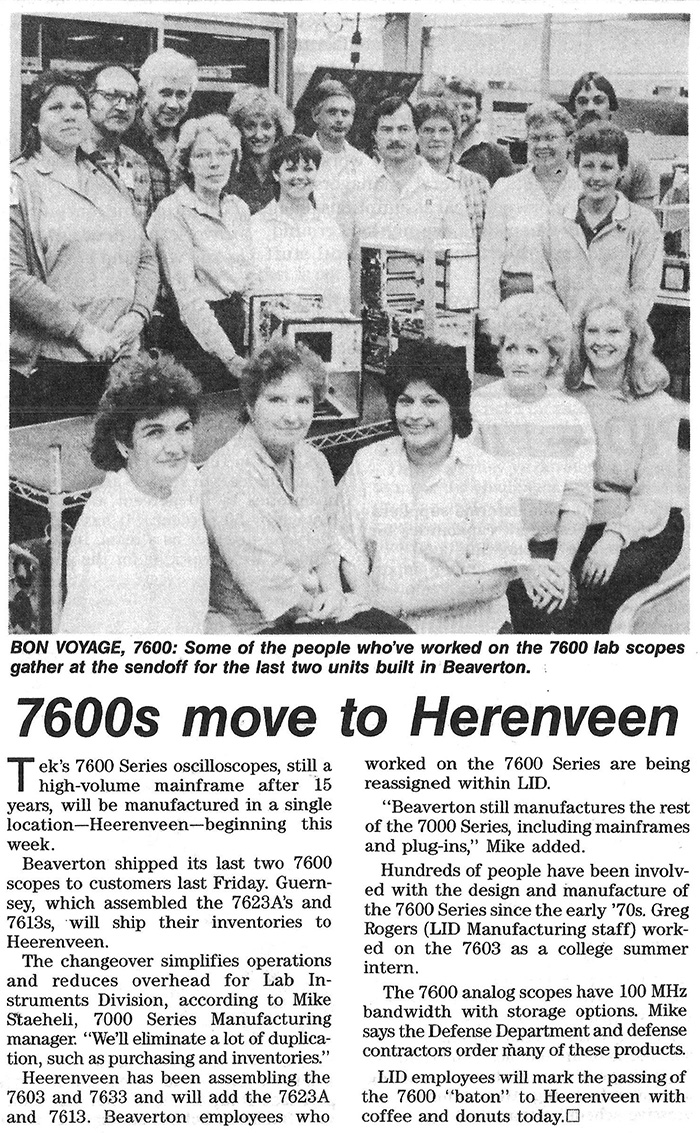 We also have this undated 35mm slide from a presentation showing the manufacturing area. 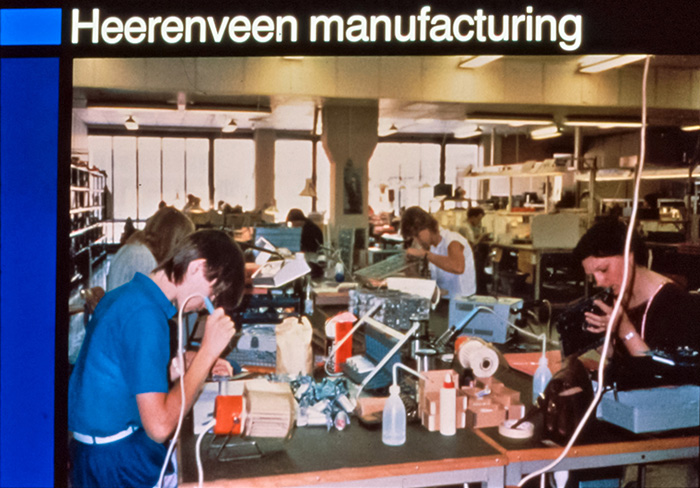 By 1988 there was a significant downsizing of the plant.  Coincident in 1988, the manufacturing plant at Hoddesdon, UK, the former Telequipment plant, was shuttered and production of the 2200 series moved to Heerenveen. In 1989 the manufacturing plant in Guernsey was shuttered and production of 2400 series was also moved to Heerenveen.  In the years that followed up to 1994 Heerenveen also produced the TDS and 11k series oscilloscopes.  Heerenveen designed the 2212 and 2216 combiscopes (mixed analog/digital) for production.  At the of 1994 all manufacturing activities in Heerenveen were shut down but the Benelux Repair Center (BRC) continued. Color Printer and Imaging Division (CPID) started a new entity called the European Distribution Center (EDC) which configured printers for distribution in Europe.  Network Displays (NWD) and Measurement Business Division (MBD) also started configuring products at the EDC for fast distribution in Europe.

The Heerenveen building was sold to a bible printing company called Jongbloed and a new facility for the EDC and BRC was built in 1996 on another location near the highway. In 2000 with the breakup of Tektronix, the EDC and BRC was sold with CPID and shuttered.  Today the building houses a Zebra Label Printer operation. 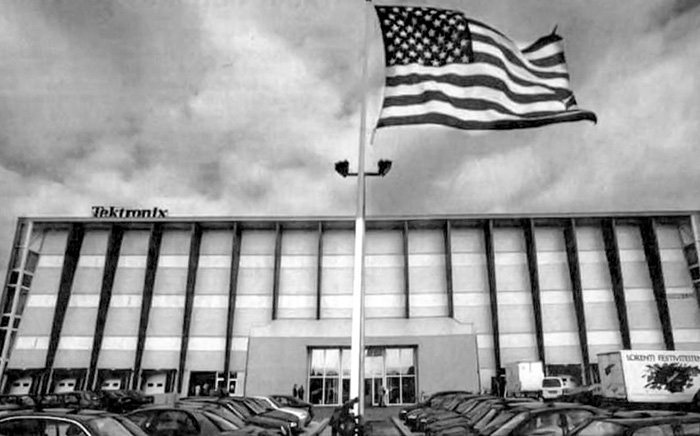 There are two videos of the Heerenveen Plant on our Video Gallery page.  There were a number of managing directors of Heerenveen over its 39 year history.

Click on the page image below to open a PDF article on the history of Heerenveen by Gerrit de Vries and Aletta van Meurs. 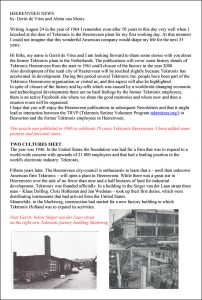 Gerrit de Vries posted 75 photos on the Facebook Heerenveen page to celebrate the 75th anniversary. We have compiled all the photos into this album. Click on the image to view the PDF. 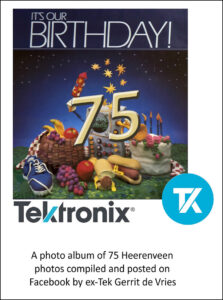 Here are some photos from the Heerenveen plant.