Telequipment was a low cost oscilloscope manufacture located on Pindar Road in Hoddesdon, UK.  Their equipment was primarily aimed at the television and repair service industry with low cost and lower performance products.  Tektronix was focused on engineering and scientific industries with higher cost and higher performance products. Tektronix had successfully acquired Pentrix to enter the spectrum analyzer market and formed a 50/50 joint venture Sony/Tektronix in Japan.  This enthusiasm led to the acquisition of Telequipment in 1967 as a way to enter the low cost market. 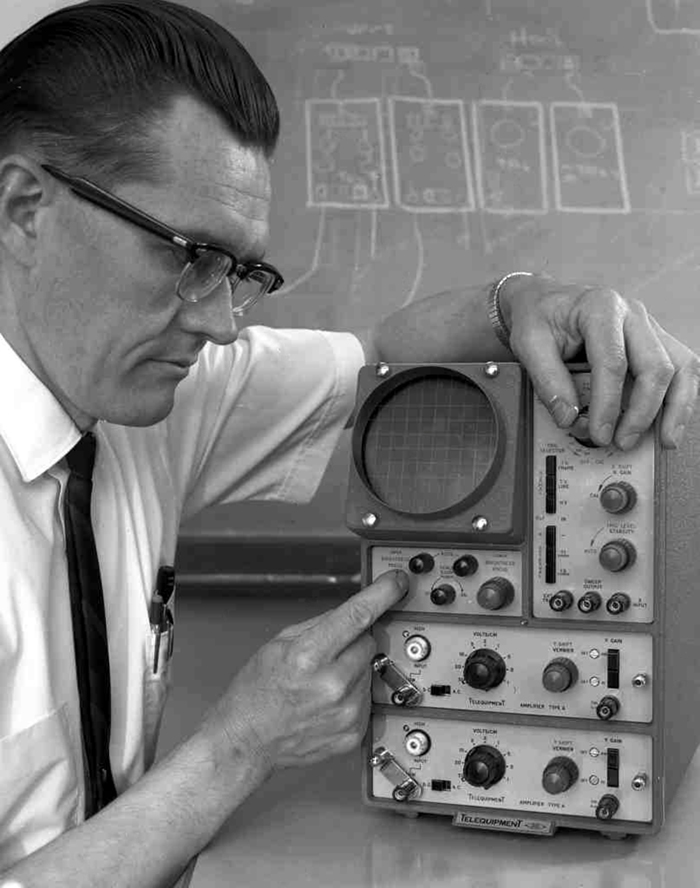 Tektronix did not rebrand the equipment but left it branded as Telequipment but advertising, manuals, and warranties included clear statements indicating that Telequipment was a subsidiary of Tektronix, Inc., to boost sales.  This positioning had just the opposite effect with customers expecting Tektronix performance and quality.  Some Tektronix distributors even refused to carry the Telequipment line.

This Spring 1967 TekTalk describes the history of Telequipment.  Click on the image to view the PDF. 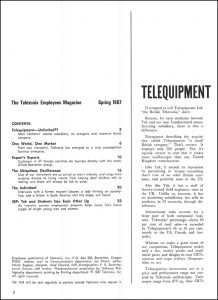 This December 8, 1967 TekWeek article features Lionel Kreps who was the chief designer at Telequipment. 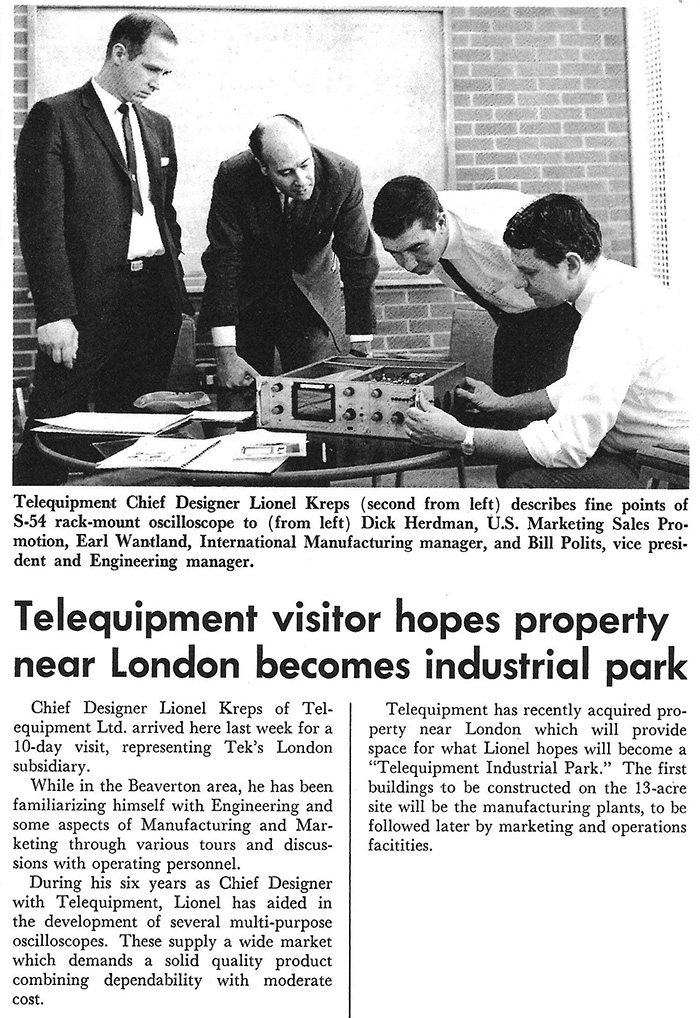 This January 19, 1968 TekWeek article features Bob Groom who was the Engineering Director for Telequipment. 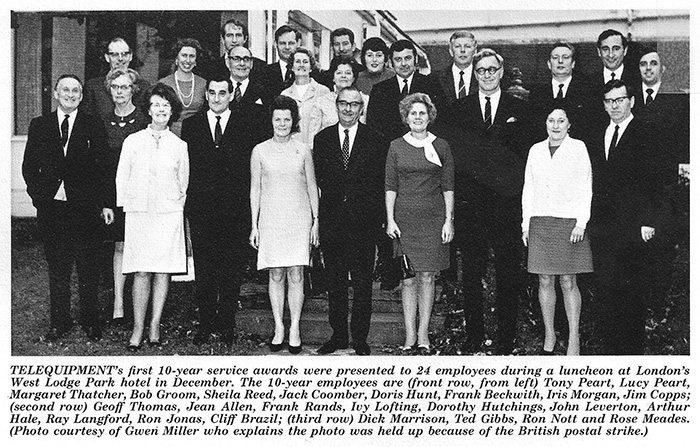 This April 23, 1971 TekWeek article discusses building Telequipment instruments in Beaverton. Click on the image to view the PDF. 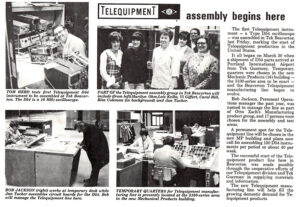 This ad for a Telequipment D54 appeared in the July 1971 issue of Wireless World.  There is a photo of a D54 on the Tektronix In Music page. 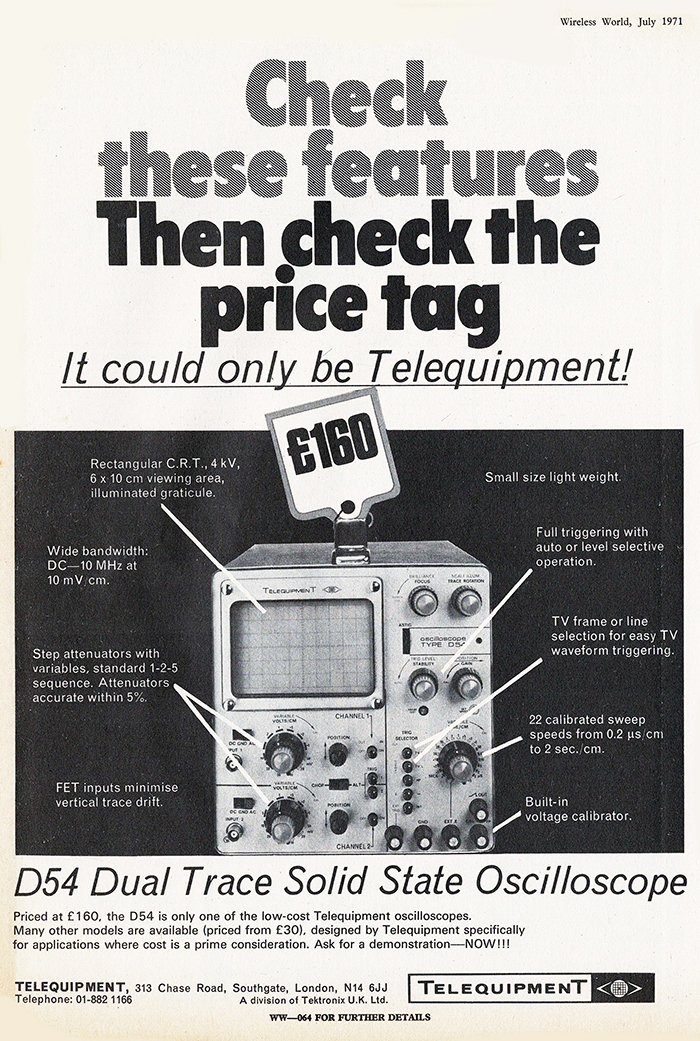 This August 19, 1971 IOC from Heerenveen requests a pre-production visit from the QC department. 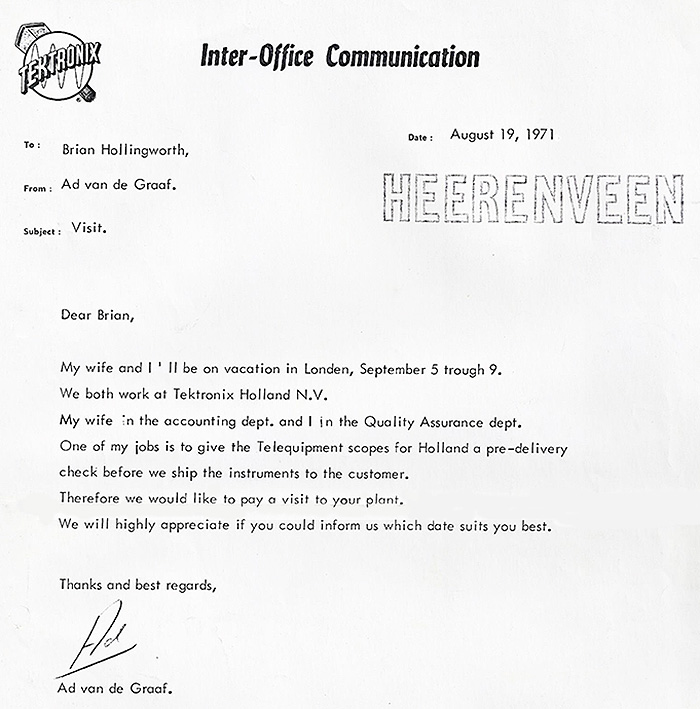 This May 12, 1972 TekWeek features an Area Rep Report of Bob Groom and Don Alvey on Telequipment including an overview of how it began. Click on the image to view the PDF. 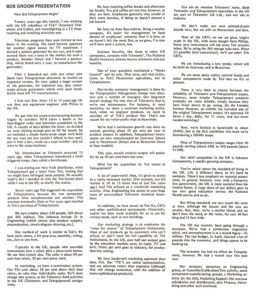 This November 1978 Tek Times issue features a look at the facility changes over the past 9 years. 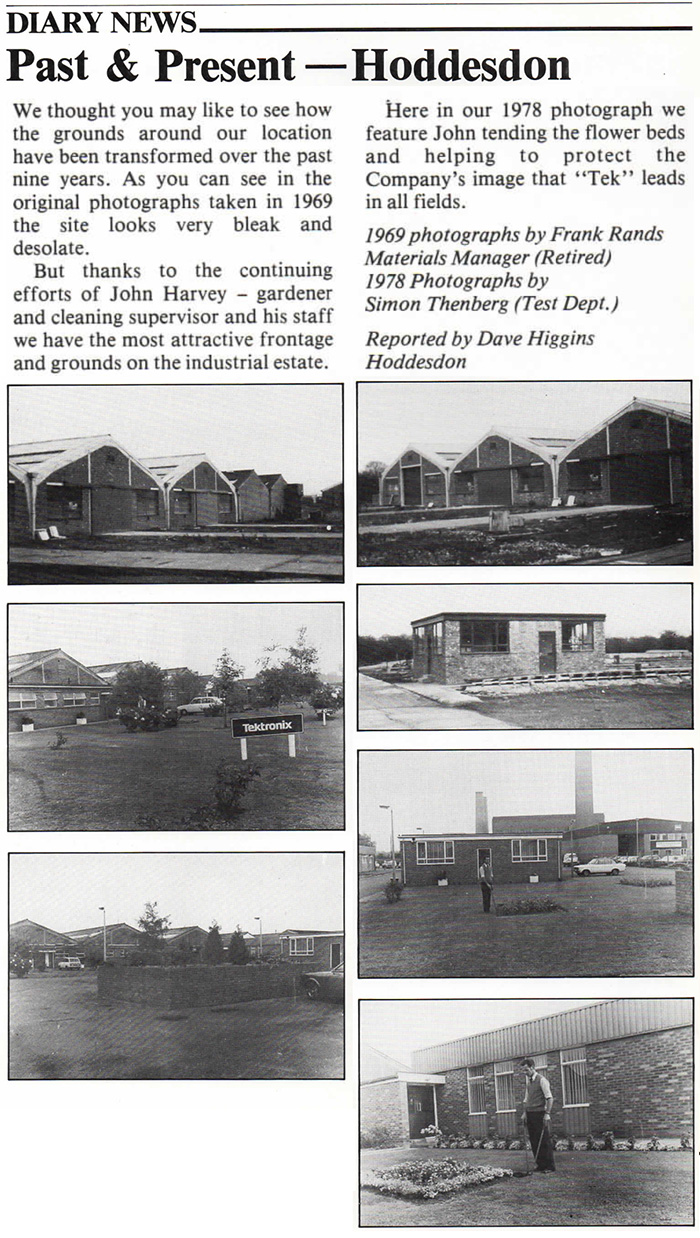 This December 1979 Tek Times issue features a look at the decorated manufacturing line. 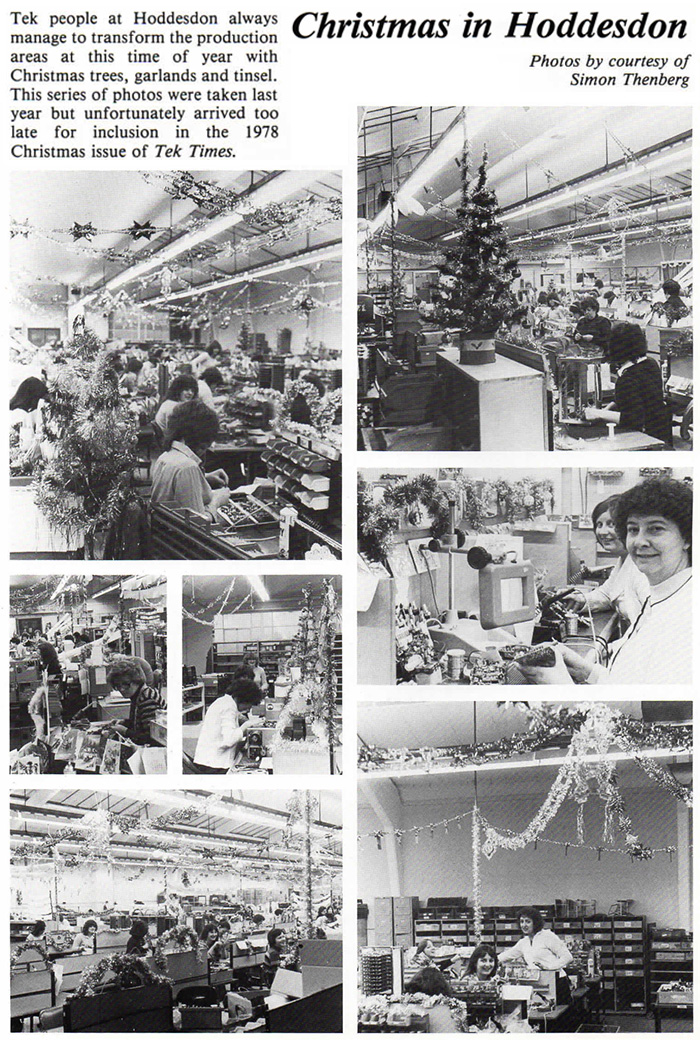 This December 1980 Tek Times features a number of photos of Hoddesdon. Click on the image to view the PDF. 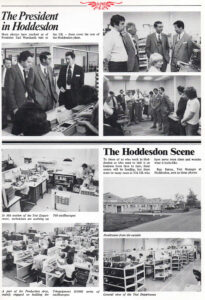 Telequipment also made their own internal test & measurement equipment such as this Type C1A Calibrator. 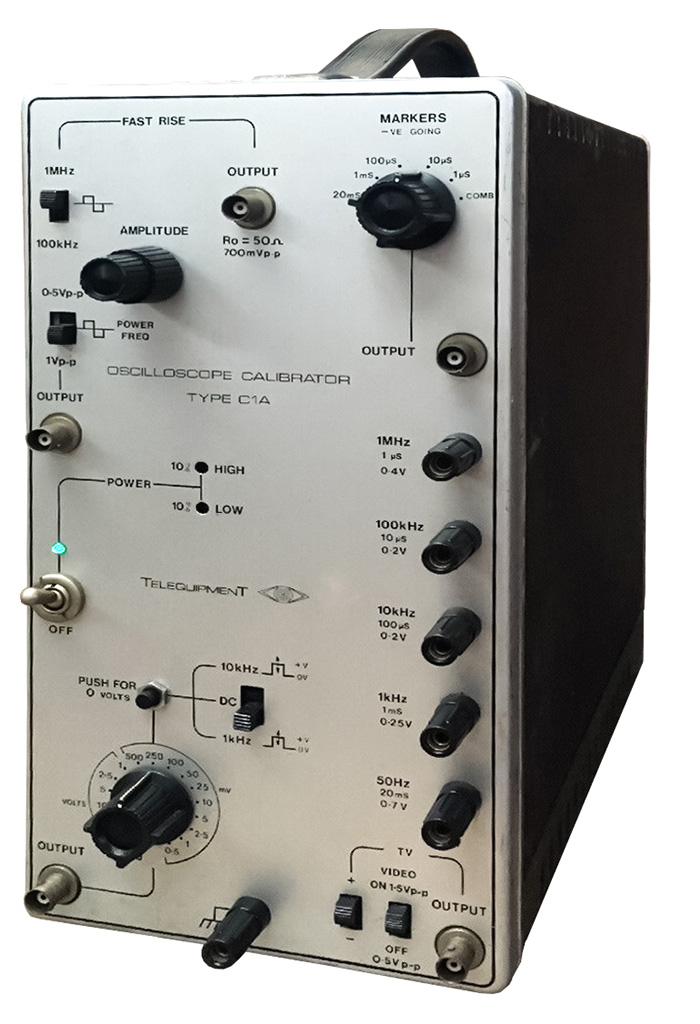 We have a Serviscope S51E on display at the museum. 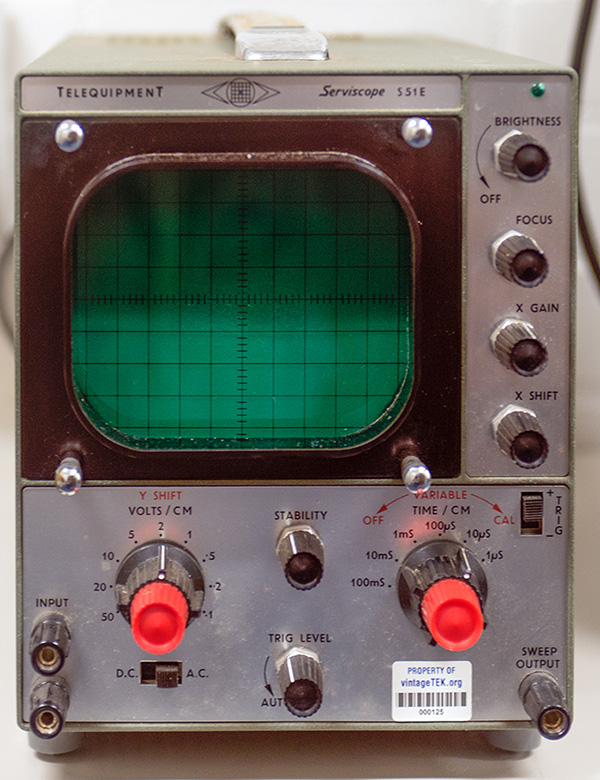 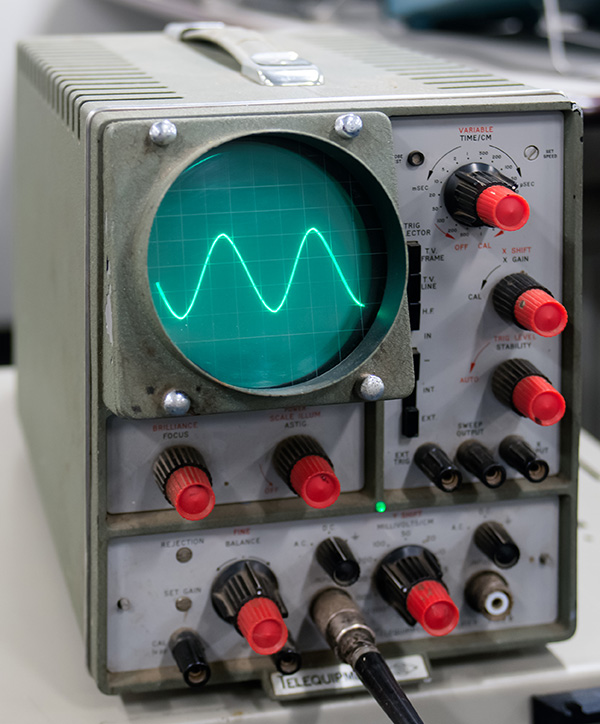 It had been hoped before the acquisition that there would be some "rub-off" effect where Beaverton would gain some low cost design methodologies but this never occurred through the acquisition.  Instead Beaverton took responsibility for defining and setting specifications of oscilloscopes that Telequipment would design and manufacture.  In 1976 Telequipment introduced a superior 30-megahertz scope but in 1978 the decision was made to terminate the Telequipment line as Tektronix had already produced a T-Series line of low cost oscilloscopes. The T-Series picked up the nickname of "hoovers" because of their similar appearance to a Hoover canister vacuum cleaner. 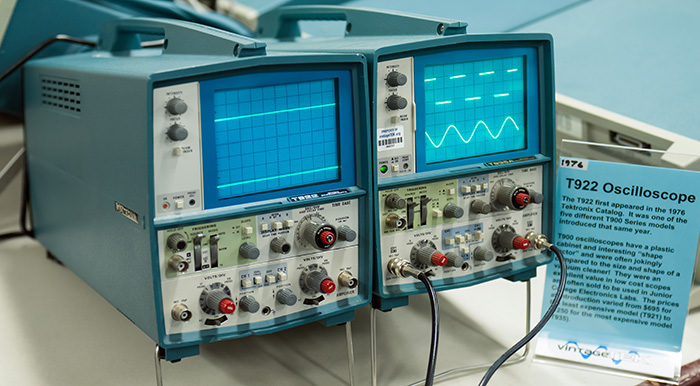 This article from the 1983 Tek Times indicates the last Telequipment instrument produced. Tektronix did leverage the Hoddesdon facility and began to build Tektronix products on the site. 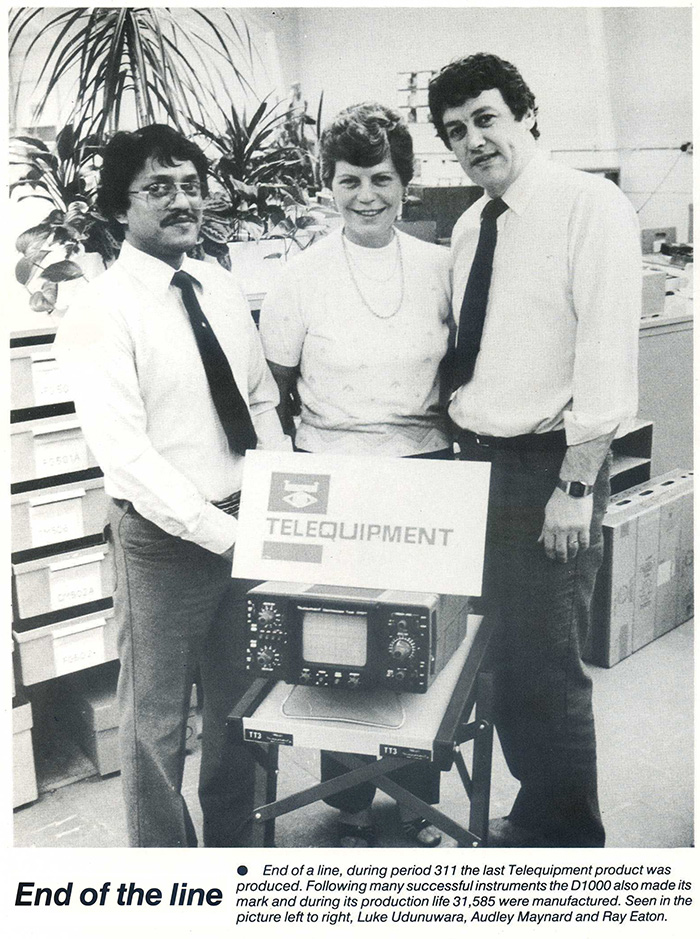 This photo is of Tektronix UK on Pindar Road in Hoddesdon. It was taken in September 1985 by Johan Jonker who worked at Heerenveen from June 26, 1968 until March 1, 1989. The facility is recognizable by the older industrial buildings and the high-voltage lines in the background running to a large power plant. 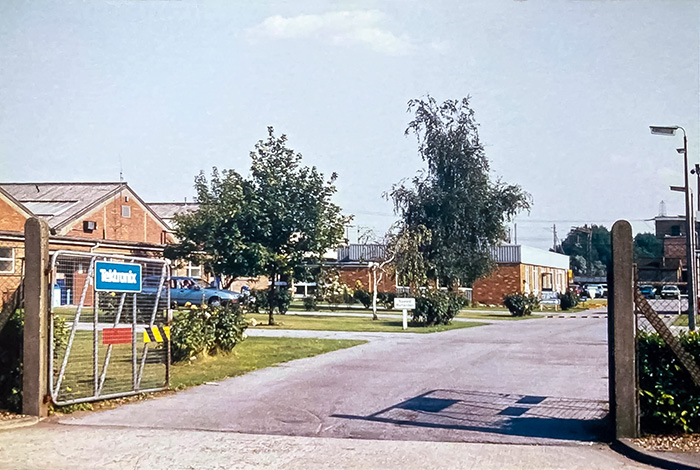 Here is a Google Street view of the location today. 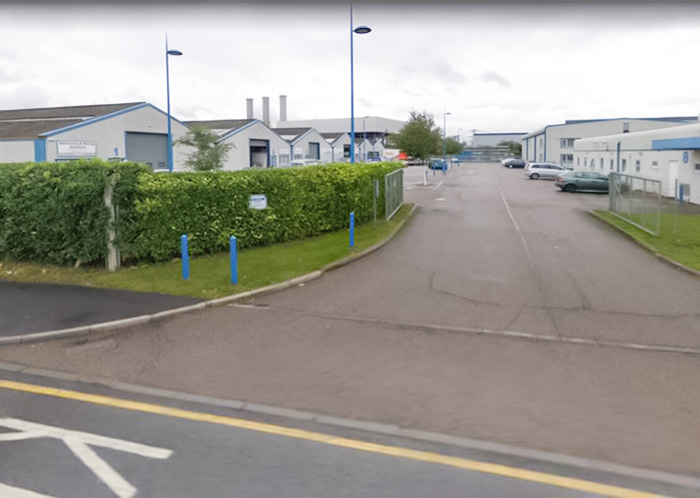 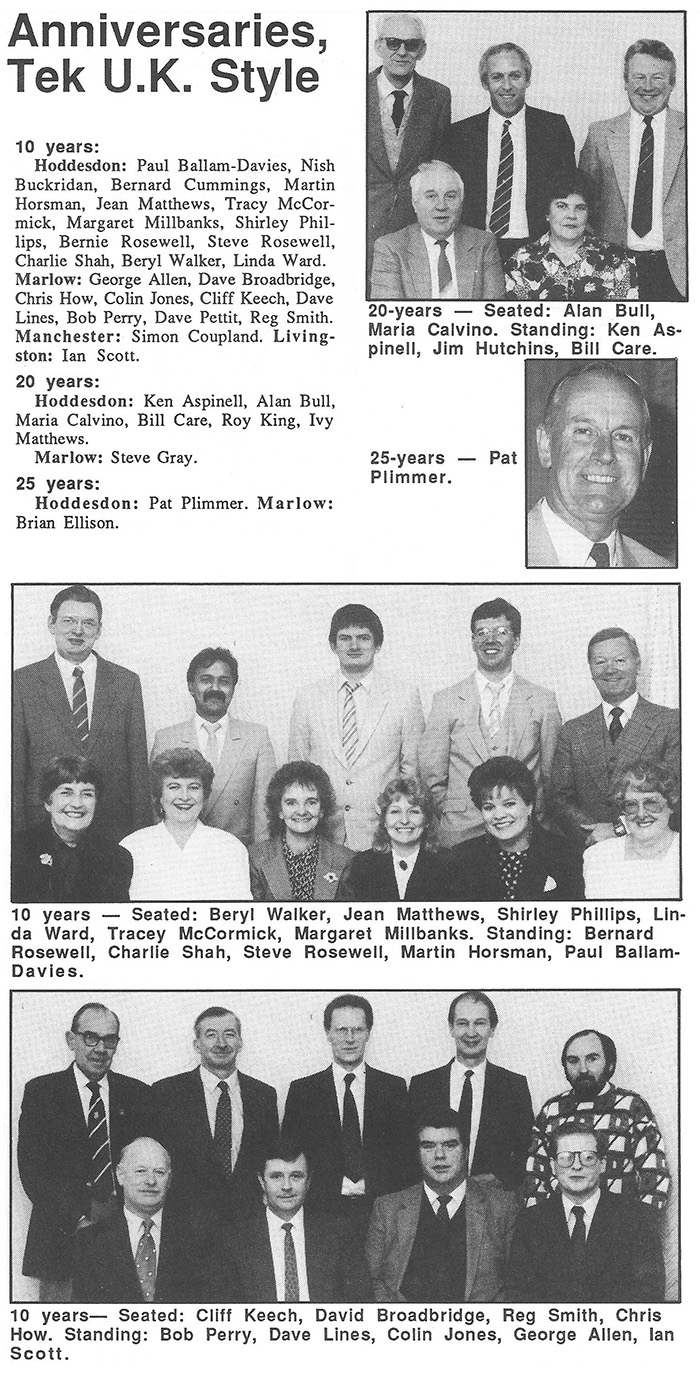 This employee roster is from June of 1990. Click on the image to view the PDF. 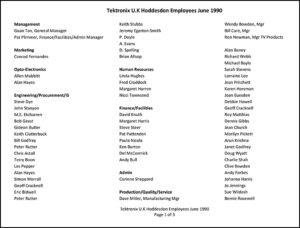 Product production eventually was moved to Heerenveen and the site was shut down by the end of 1990.

These photos are of the Telequipment factory, date unknown.