The new location on the Tektronix campus has significantly increased traffic to the museum.  If you haven't been in to our new building then stop by for a visit.  Days, hours, address, and a map are on the right sidebar of our web pages.

Now, for a bit of history.  The Type 511 Oscilloscope, introduced in June of 1947, was a tremendous success.  Production steadily increased until the Hawthorn facility was no longer large enough to house the company which prompted the move to the Sunset plant.  But, did you know the Type 511 was not the first product introduced by Tektronix?

Miles Tippery, one of the four founders of Tektronix, wrote this in his autobiography.

With all the new activities made possible by the occupation of our building, it soon became necessary to hire extra help. The first such employee is generally considered to be Lowell Hadley. Lowell was given the assignment of setting up facilities for producing our first batch of oscilloscopes, which would be two production runs of ten each. As it was obviously going to take several months to get these instruments into the production stage where they could be standardized and then assembled and readied for delivery, it was decided to do something simpler for our first venture into the manufacturing business.

This idea arose from the fact that Howard had to design a small calibration instrument to use in connection with perfecting the oscilloscope circuits. He felt that this instrument would have some acceptance for laboratory use, and because it could be quickly and cheaply manufactured, thought it might provide a temporary source of income until we could get the oscilloscopes ready for sale. Accordingly, a production run of ten of these instruments was manufactured with the idea that another run would be manufactured if the first ten sold readily.

Unfortunately, there was not much demand for an oscilloscope calibrator at this time. For one thing there weren't many laboratory oscilloscopes in use yet; and for another reason, the users apparently didn't feel the need to calibrate them accurately. Therefore, it would have to be admitted that the first Tektronix venture into the manufacturing business turned out to be a resounding failure. The ten calibrators sat around the building for several years gathering dust. Occasionally one of them might be used for something, but I think all ten eventually disappeared.

It was not a complete loss, however, as later I adapted a similar circuit design with some modifications into another small instrument, the Type 104 Square Wave Generator. This instrument, while never a big seller, had considerable acceptance and eventually returned a profit into the company coffers (and it gave me the satisfaction of turning a failed effort into a successful product).

Thus the Type 101 Video Calibrator was Tektronix first product as verified in this February 10, 1956 TekTalk. 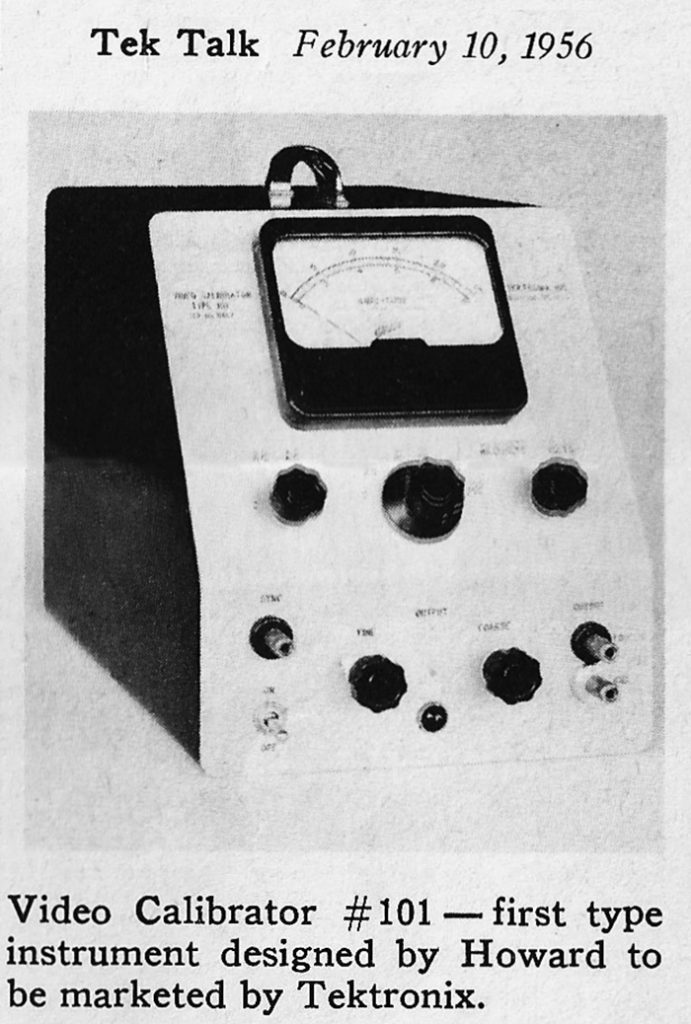 The museum is proud to own and operate the very first Type 101.  How do we know?  Look at the serial number. 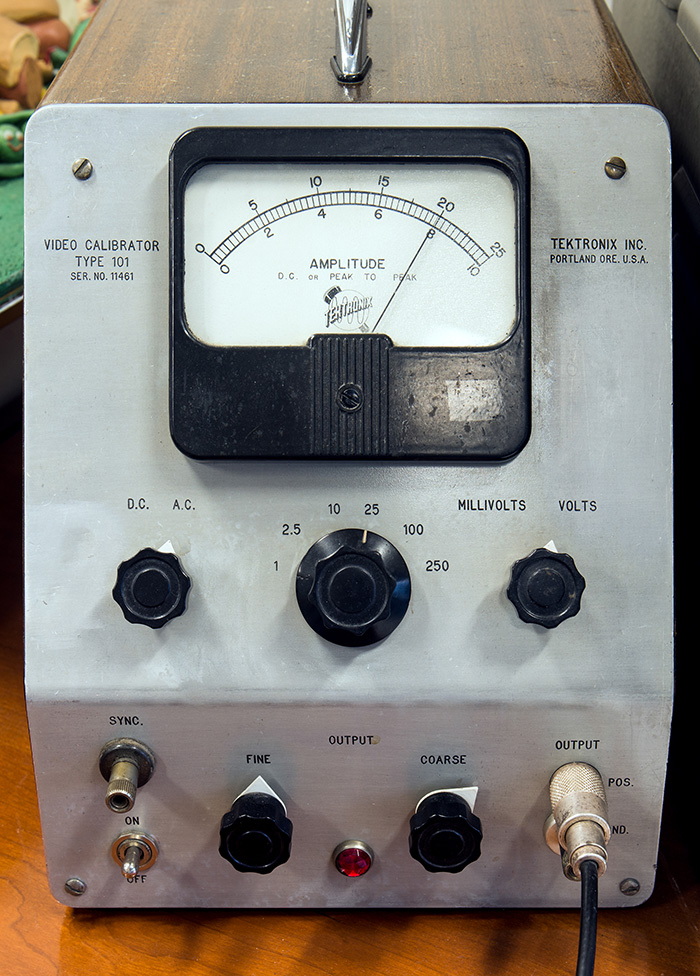 Tektronix oscilloscopes first started with serial number 101.  In the case of the Type 101 they started with the date (November 1946) followed by the sequential number of the instrument made (1).  We also know of the existence of number 5 owned by a collector in California.

This particular Type 101 has had the output connector changed from a binding post to a UHF connector.  It is on display at the museum next to a first version of the Type 511 oscilloscope. 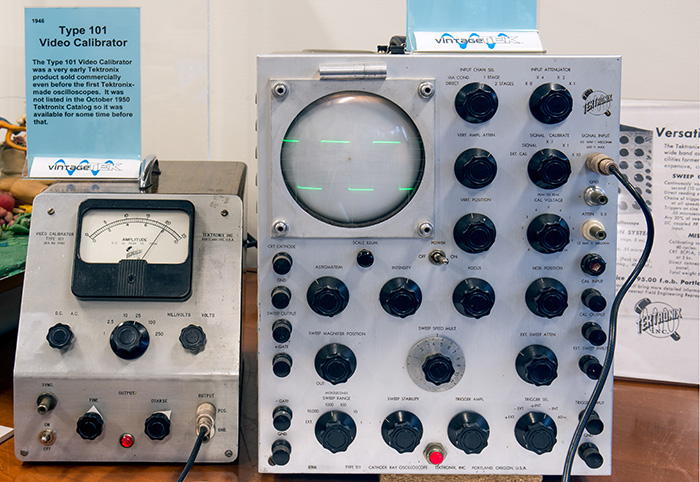 More photos are available on our Tektronix First Products page located on the On-Line Exhibits tab. 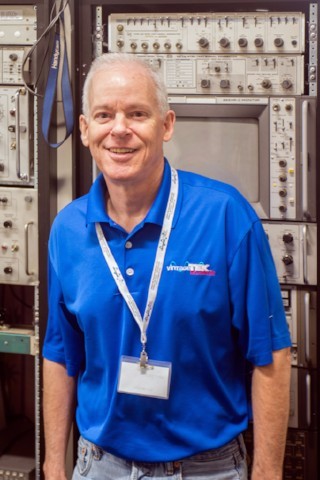 We would like to highlight another volunteer this month, Dan Murphy.  Dan has been volunteering at the museum first starting with the move to the new location last year.  Dan began his career at Tektronix in April of 1980 as a college hire from OSU in the Hybrids Component Organization (HCO).  This organization was located in buildings 13 and 19.  In 1994 HCO was spun off as a joint venture between Maxim Integrated Products and Tektronix as Maxtek. Later, in 2000, Tektronix reacquired Maxtek and is now part of the Tektronix Components Solutions.

Dan continued working at Maxtek as a Product Development Program Manager until he left in October of 2013.  At the museum Dan helps with organizing our stock of instruments and components, as well as documentation, manuals, and specifications.

We continue to enhance the vintageTEK museum website. The home page has links for newly added material.

Please stop by in person if you are in the area for a tour of the museum.  If you have time to contribute, we'd love to have you as a volunteer.  Stop by to discuss opportunities and needs.