Norm Winningstad was hired by Tektronix and designed the Type N, Tektronix first sampling plug-in.  A sampling oscilloscope collects samples from successive cycles and assembles them to show a complete image of the waveform, thus increasing the bandwidth.  It was designed for the 500 series of oscilloscopes and was introduced in 1960.

The plug-in drives the oscilloscope in X-Y mode and so contains all of the necessary circuitry. The plug-in is fairly simple with a fixed sampling rate of 100 KHz, fixed vertical at 10 mV/Div, no delay line, and uses a single sampling diode. The Type 113 Delay Line could be added to the Type N. The Type N plug-in was soon replaced by the more-advanced 661 sampling oscilloscope the following year.

The museum has a Type N plug-in on exhibit which is displaying a sub-1 nS rise time. This specific Type N plug-in was owned by the designer Norm Winningstad. Norm later went on to head the Information Display Division, the first non-test and measurement division at Tektronix. 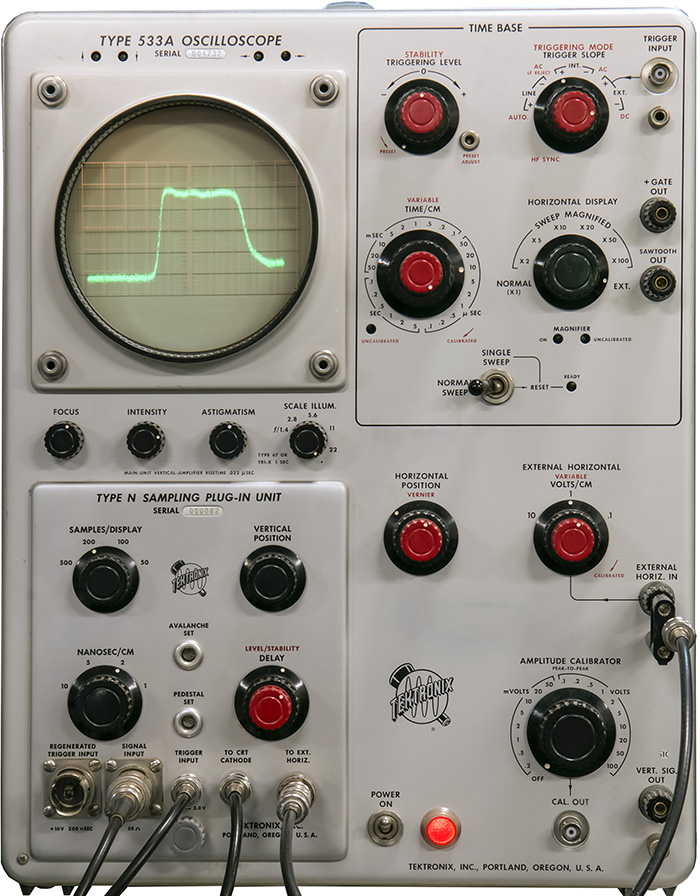 We have this transcript from the Tektronix Training Film: Sampling Oscilloscopes and Techniques. We do not have the movie. Click on the image to view the PDF. 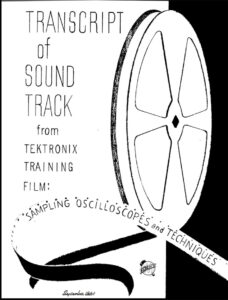 The museum was proud to host a tour for Norm's widow Dolores and their son Dennis. They are pictured here standing with Norm's Type N plug-in. 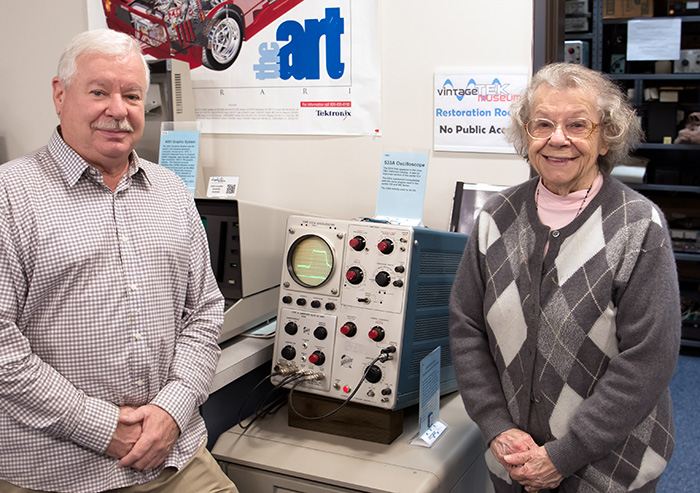 The Type N Instruction Manual has this paragraph on driving an external X-Y recorder from the Type N plug-in. 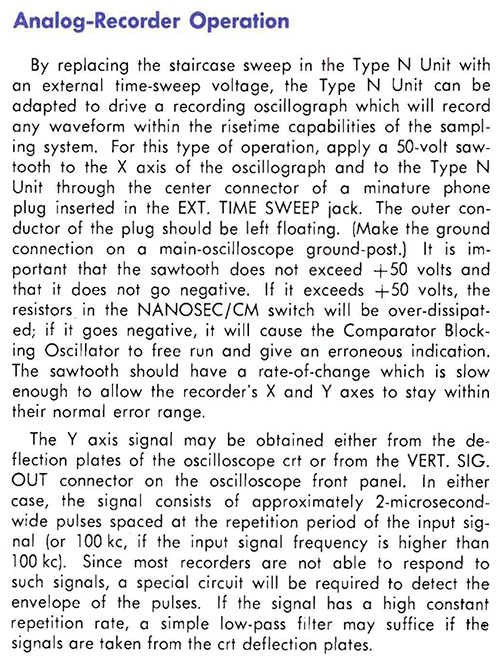 The 1960 Tektronix Catalog lists this X-Y Plotter Adapter accessory to simplify interfacing the Type N plug-in to an external X-Y plotter. The F.L. Moseley was one such company who offered a full line of strip chart and X-Y recorders at this time. The lack of a price suggests it wasn't a released product. Click on the image to view a PDF of the full catalog page. 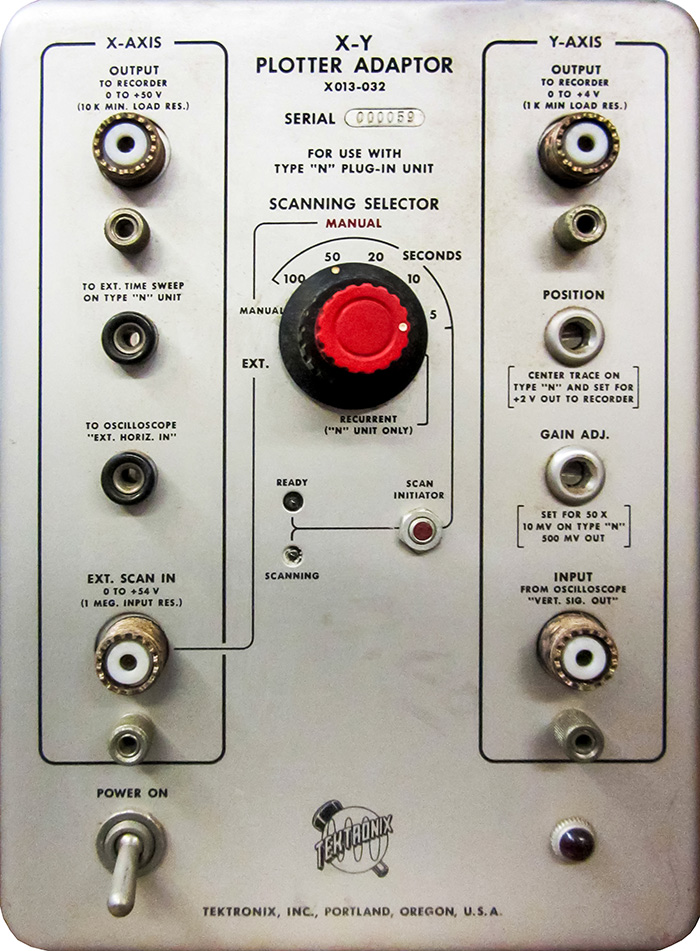