Tektronix acquired the land and a building to the west of the Beaverton campus on the SW corner of the intersection of Walker Road and 185th. This December 23, 1976 TekWeek article describes how they exchanged the Sunset property for Walker Road.

The building was originally the home of a publishing company and had a large walk-in safe for storage of rare books. The area around the building was still primarily undeveloped in the late 1970s. 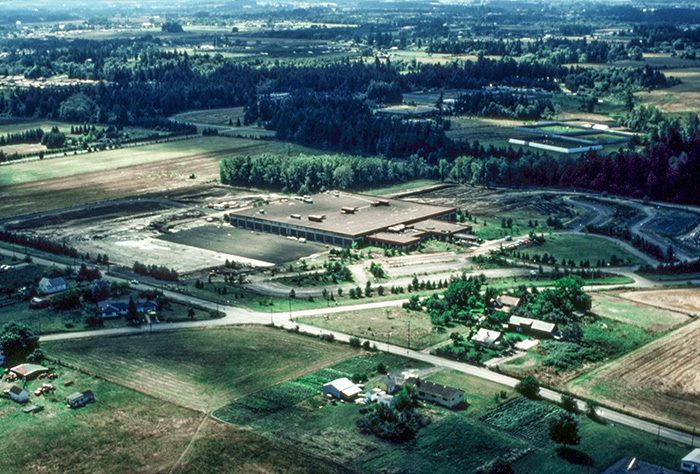 Design Automation Division moved in 1977 to new quarters on Walker Road. This site was also home to the Semiconductor Test Systems (STS) and Logic Anaylzers (LA). This February 1979 map shows the three buildings located on the Walker Road site. 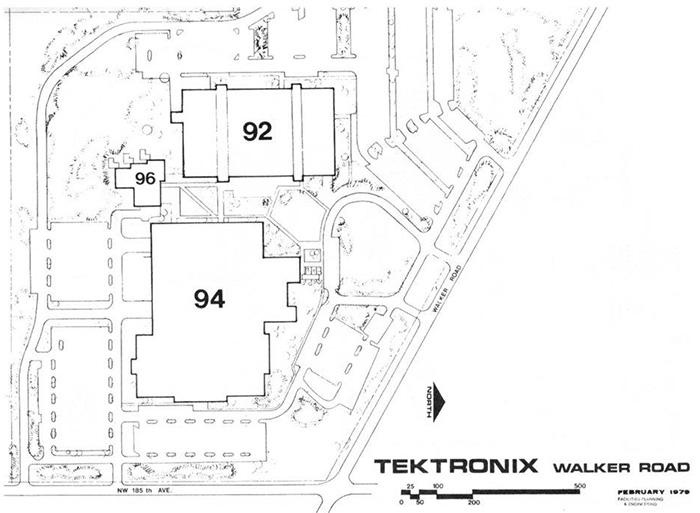 STS was eventually sold to Credence Systems and Logic Analyzers relocated to the Beaverton Campus and the Walker Road site was sold.