Tektronix personnel were recently in the crawl space below building 13, the home of the museum and the former home of the Ceramics Operation, for some routine maintenance. They discovered a storage area filled with CRT funnel molds. This must have been used as storage for Ceramics and then long forgotten. The tooling for the ceramic funnel consists of an inner mold machined from 7075-T6 aluminum, and a flexible outer mold made from cast polyurethane. 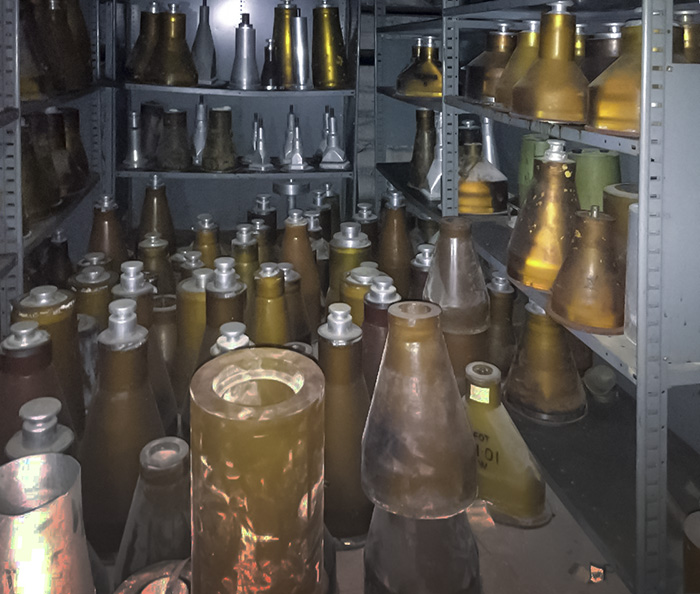 We now have several of these molds on display at the museum. The 1967 Building A Ceramic CRT film in our Video Gallery shows these molds in operation.

Bill Gellatly wrote a story of the Ceramics Role in CRTs on our Employee Story page. 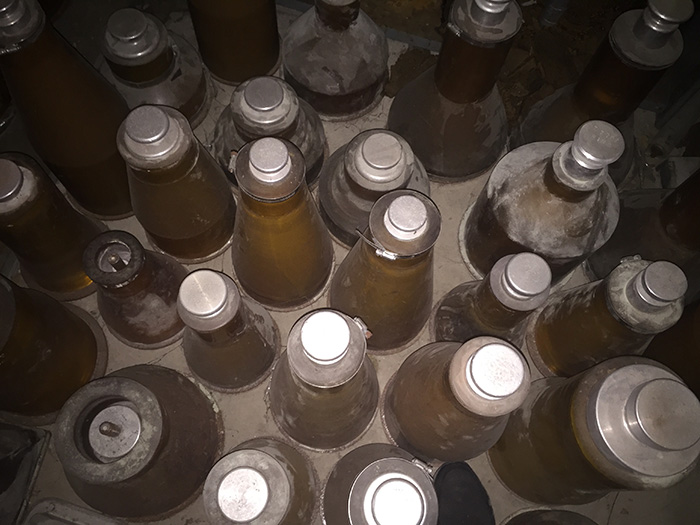 This tooling was used to cast the flexible polyurethane outer mold. 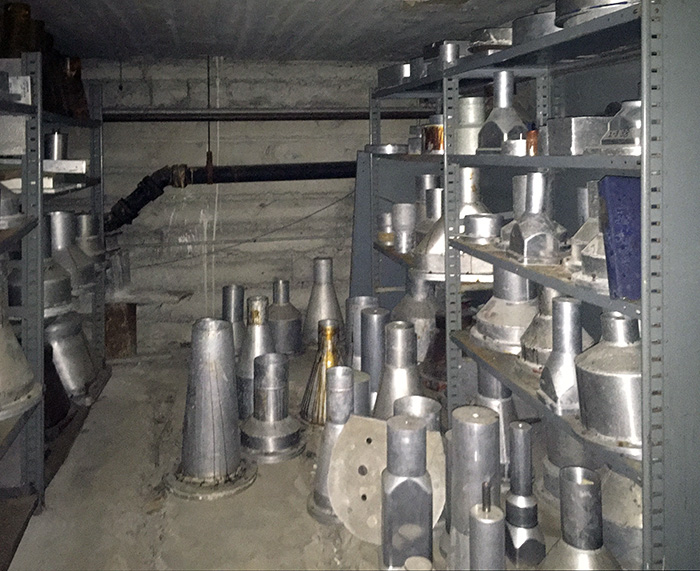 This July 18, 1975 TekWeek features the retirement of Don Wiley who made a number of the mandrils.

We have on display the mold for the 200 series CRT ceramic funnel. 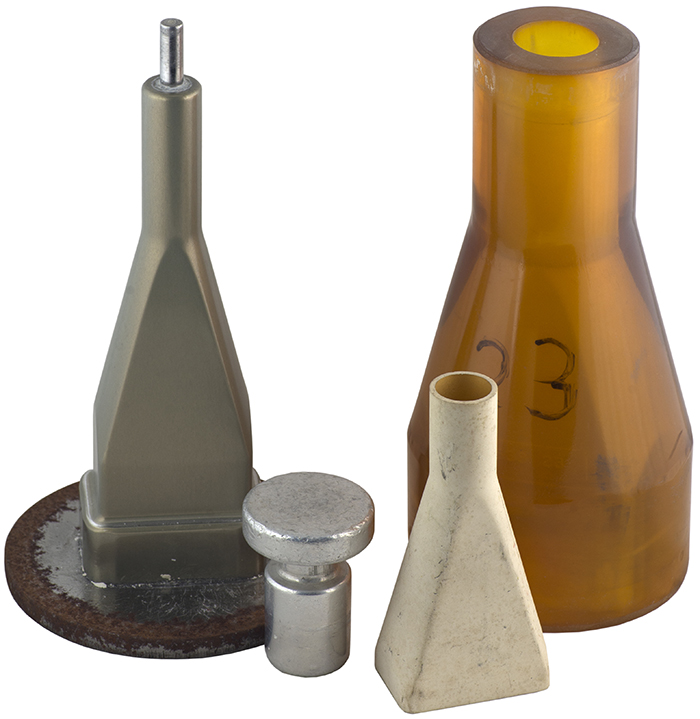