We have this aerial photo of Beaverton from late 1957 or early 1958 on our Beaverton Campus page. Building 19 is visible and the rest of the campus is undeveloped. 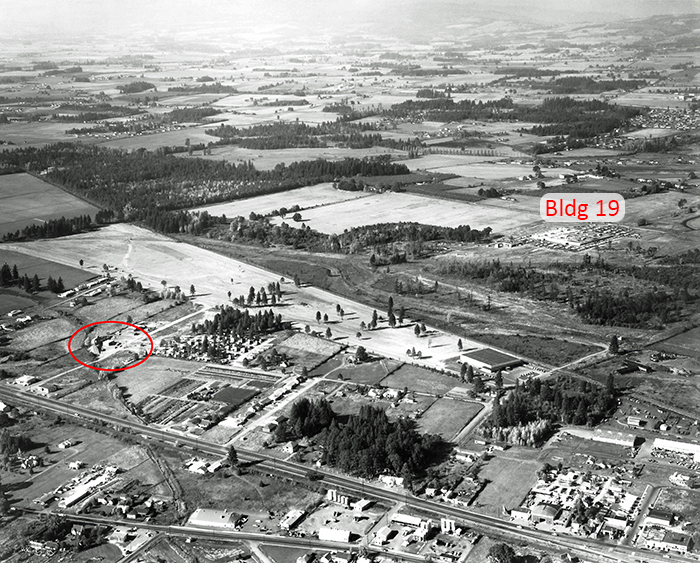 In the circled area is an odd short ramp trestle. 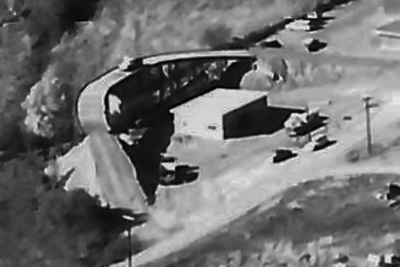 We theorized what it might be and thought it might be for unloading from one vehicle to another below, or to the ground, but what? It appears to be on 141st street.

One of our volunteers researched the 1959 Polk City Directories for Beaverton in the Beaverton Public Library. There was a company known as Beaverton Transit Mix which sold concrete located at 4005 SW 141st Street. The principals are listed as Clarence Bryant and Vic Johnston.

The company is not listed in the 1961 Polk Directory. However, in that directory there is a company named Tualatin Valley Ready Mix Concrete, phone MI(tchell) 4-1126 at the exact same address, 4005 SW 141st Street.

This location is near railroad tracks but more likely they would bring the material in by truck. If so they would have a number of smaller piles. Our thought is by using the trestle they could dump it into large/tall piles.