The Type 422 first appeared in the mid-1965 Tektronix catalog. It is a dual-trace 15 MHz portable oscilloscope ideal for field service work. It used Tektronix' first CRT with a scan expansion mesh to allow a four-inch diagonal screen size with a package depth comparable to the 300 series. The CRT also utilized a low-power cathode. The CRT was initially fabricated with a glass envelope and later was converted to a ceramic funnel. 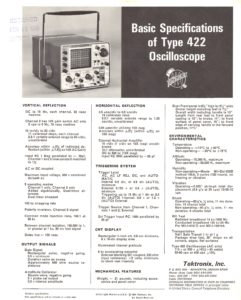 This undated brochure provides a more detailed overview of the 422. Click on the image to view the PDF. 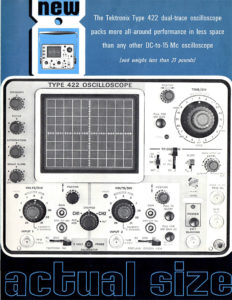 This March 1966 brochure also includes the R422. Click on the image to view the PDF. 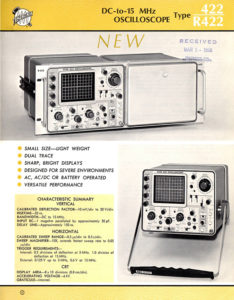 The Tektronix C30 camera was designed for use with the Type 422. Click on the image to view the PDF. 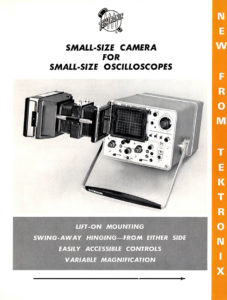 This 422/922 product proposal dated January 31, 1963 was written by Bill Poulin who was manager of the Military Electronics Group. The proposal describes a new 422 portable oscilloscope which would replace the Type 310, 317, and 321 oscilloscopes. In addition, he discusses the possibility of also introducing a mil-spec version of the new 422, to be called the 922. This was analogous to Tektronix prior offering of a militarized 545, the 945. We find no record that the Type 922 was ever released as a catalog product. We have scanned the most relevant pages of the product proposal. Click on the image to view the PDF. 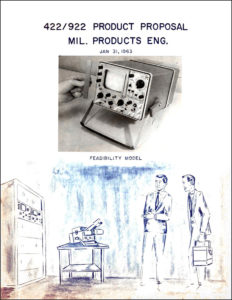 This promotional matchbook was produced for the 422.  Note there is an error as it says "High Wiring Rate" instead of "High Writing Rate". 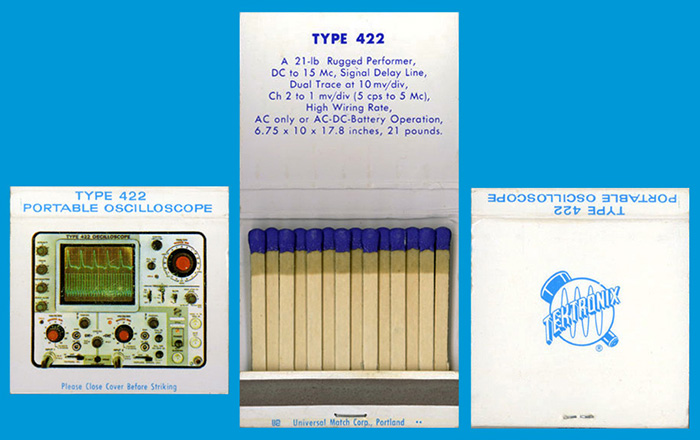 The museum has a Type 422 oscilloscope on display. 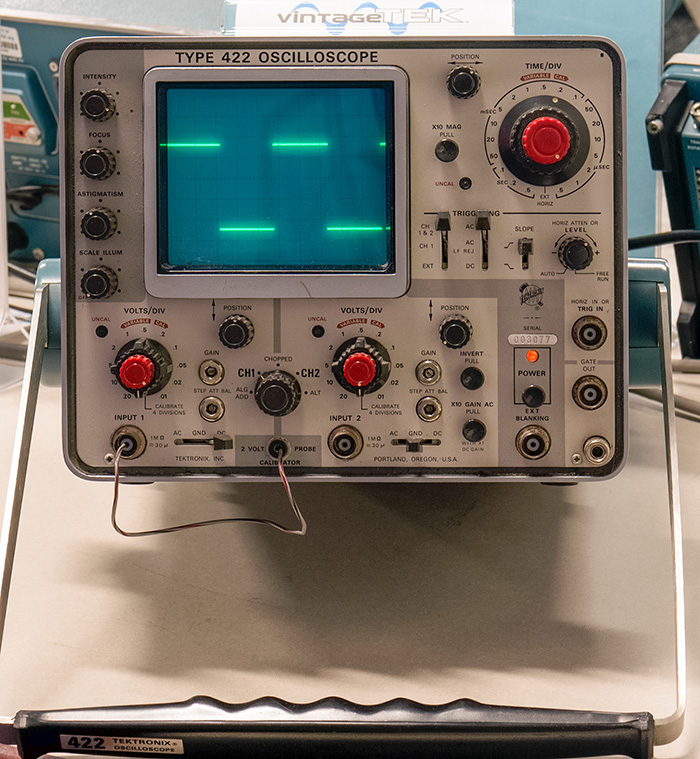