In his memoirs Frank Hood recalled the 514 was designed by Bob Davis and Dick Rhiger. Davis would later be head of manufacturing and Tektronix first executive vice-president. Rhiger was the designer of the first Scope-Mobile and a designer of the 517. The 514 design incorporated a simpler version of the distributed amplifier employed in the 517. 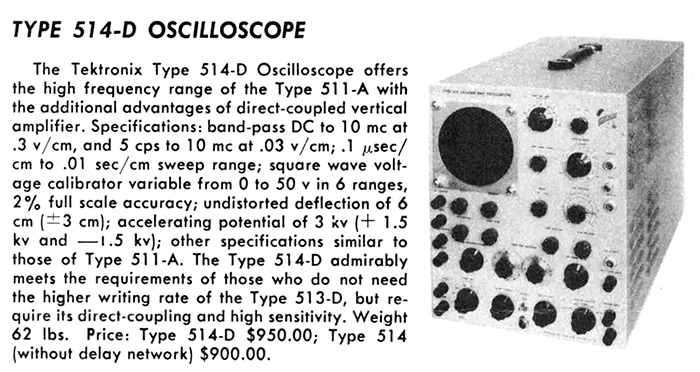 In his book, Oscilloscopes-Selecting and Restoring a Classic, vintageTek Museum co-founder Stan Griffiths identified the 514 as difficult to use and therefore not especially suitable as a scope for current daily work. He commented that some parts would be impossible to find and suggested a purchase only if one is interested in antiques.

The earliest advertisement we are aware of for the 514D is the July 1951 issue of Proceedings of the IRE. 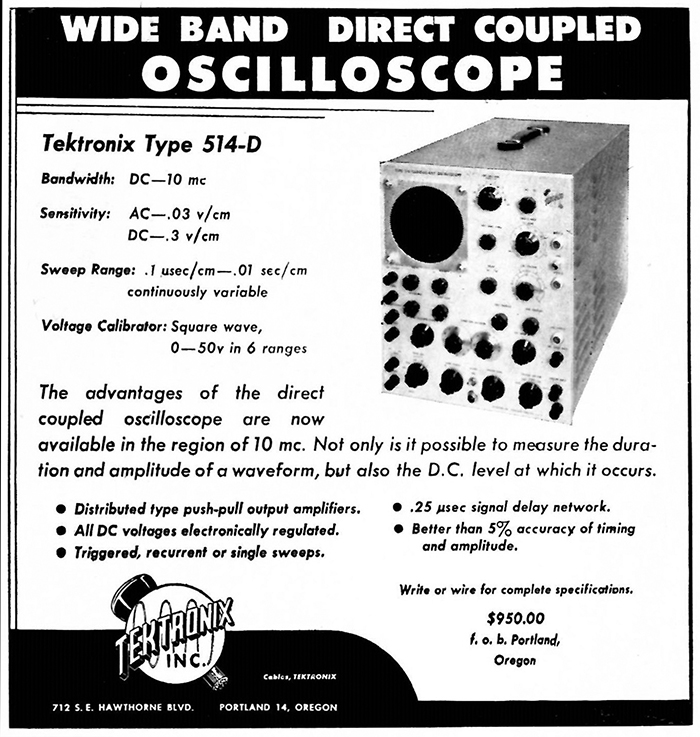 These two excerpts from the 1951 Tektronix catalog highlight "Fingertip Controls" of the 514D Calibrator and Sweep Stability. Click on either image to view the full "Fingertip" Control page. 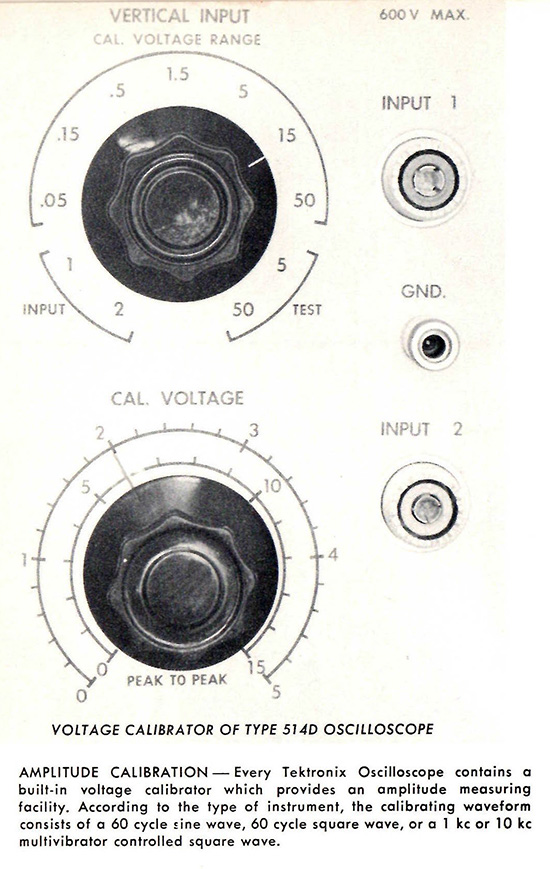 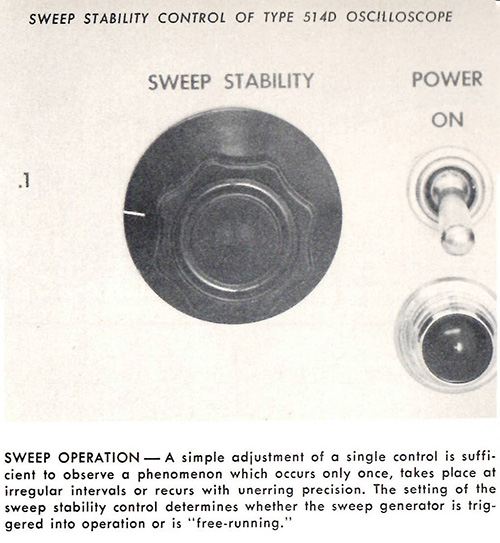 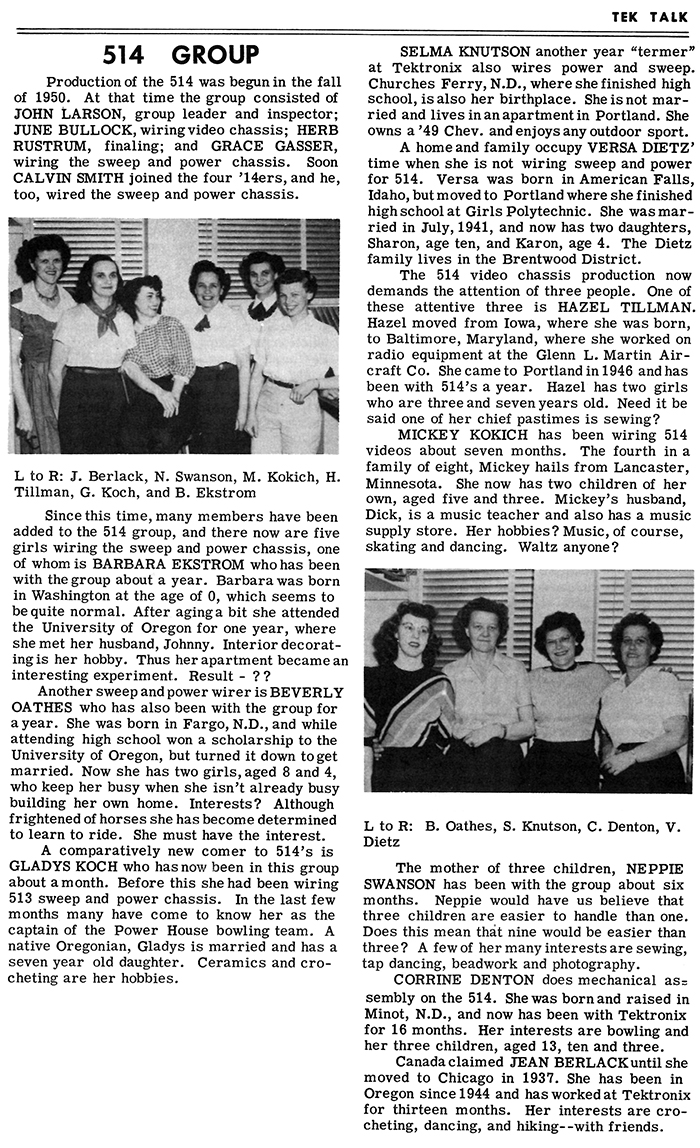 These two images of the 514 are from the 1952 Tektronix Photo Album. 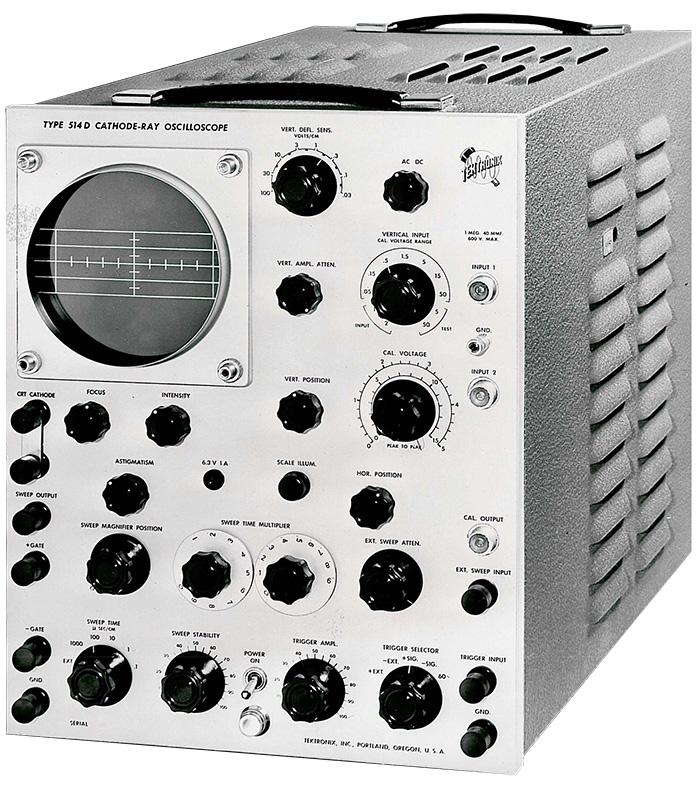 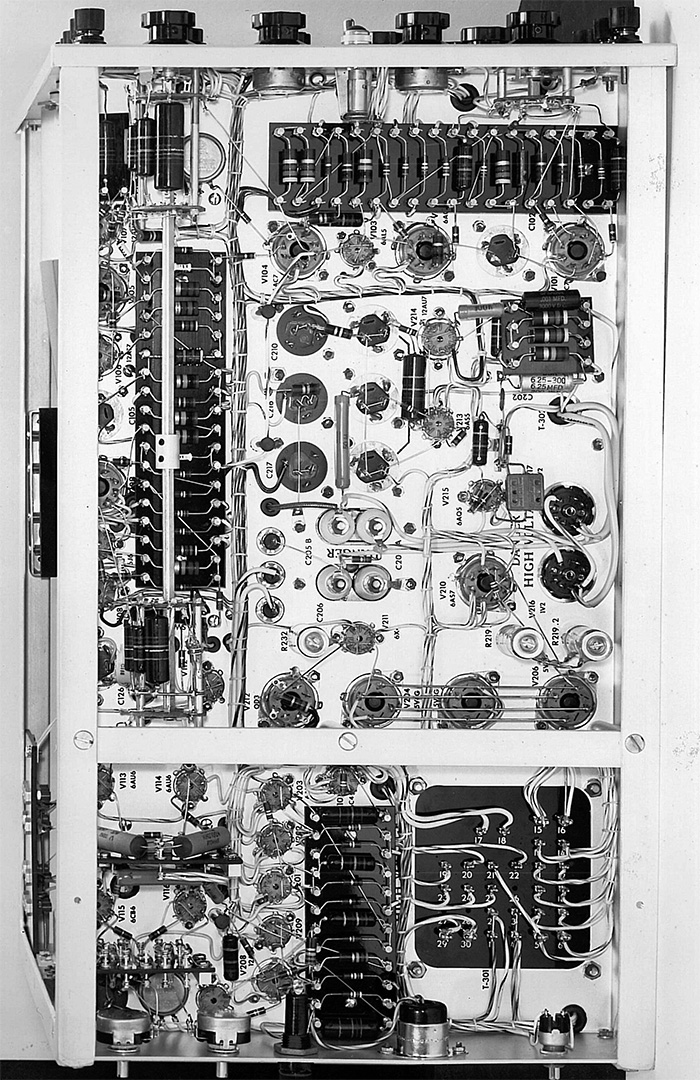 An “A” upgrade was announced in the February 1953 Short Form catalog. Initially the term, “Series A”, was displayed in the screen print below “Type 514” on the front panel and was later changed the usual Type “514A” or “AD” designation. We do not know of any differences between the "Series A" or the 514A although Tektronix continued to make on-going engineering changes. The Series A/514A revision is found from S/N 3409 and up. 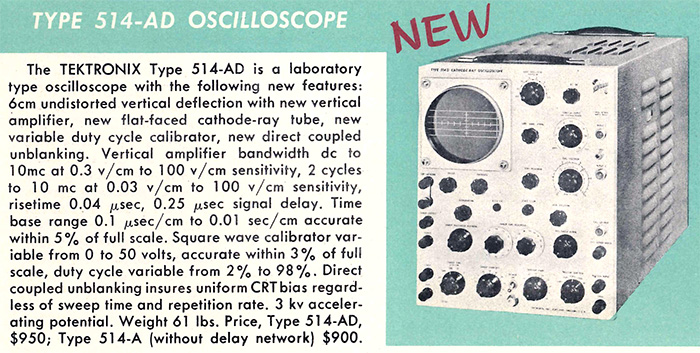 The A revision included a new, more sophisticated CRT, the 5ABP1, made by RCA and others. It featured a flat faceplate, replacing the 5CPA CRT that was designed before WWII where it was used widely in radar systems. In addition to the flat faceplate, the new CRT offered improved deflection sensitivity and edge focus. While an improvement, the accelerating voltage was still only 3kV, making for a dim display of fast traces. This CRT and a new vertical amplifier resulted in a full 6 cm deflection and the package depth increased from 21.5” to 24.5”. Advertisements for the 514A/AD can be found on our 1953 Advertisements page. 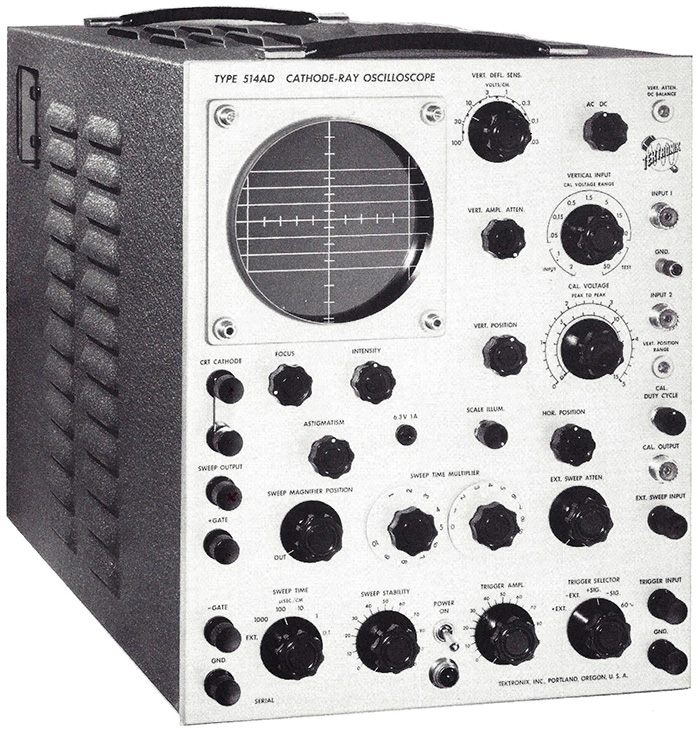 This July 20, 1955 Field Engineering Memo compares the 514AD to the new 531 incorporating Howard’s revolutionary plug-in architecture. The 514A/AD last appeared in the 1955 catalog. Click on the image to view the PDF. 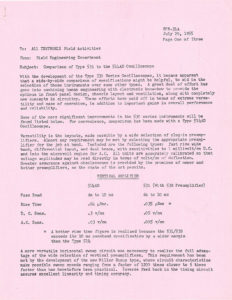 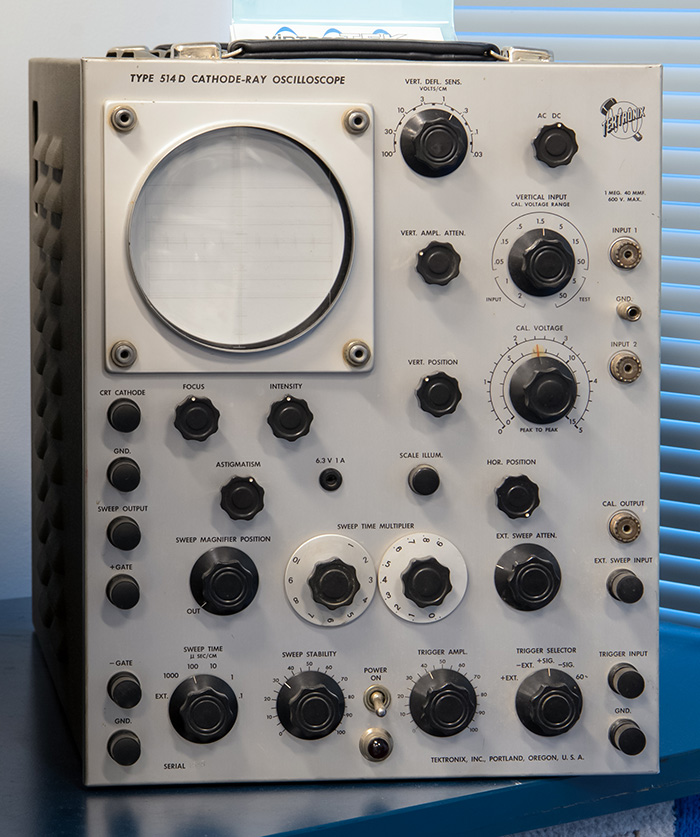